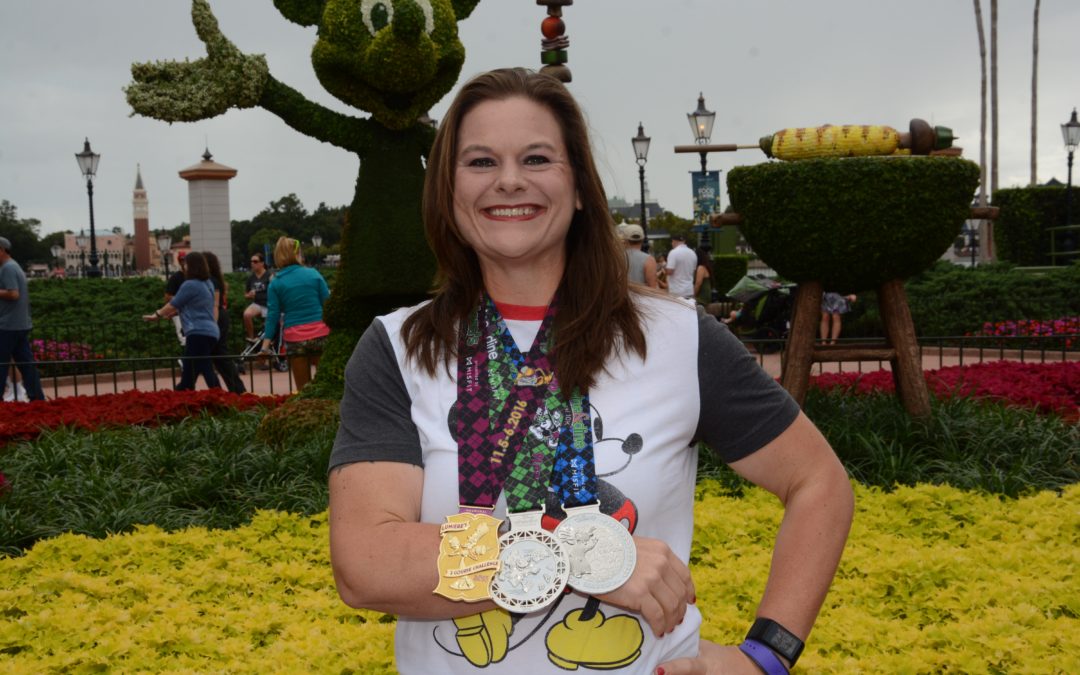 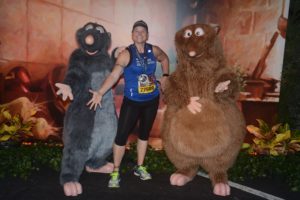 I can’t tell you what this experience meant to me without telling you, first, how it all began. You obviously know that we are huge Disney fanatics. If it’s Disney, we’ve usually seen it, have it, or just love it unconditionally. I’ve been going to Walt Disney World my entire life, been going on Disney Cruises the last twelve years, and in between all the trips, try to keep up with everything Disney. About six years ago, my husband had just returned from a tour in Afghanistan, and while we were waiting for the bus at Old Key West, it pulled up and droves of women started getting off with these huge medals on. I was curious as to what it was. Little did I know that we were vacationing during Princess Half Marathon Weekend. How had I not known about this after all these years?? I immediately told my husband, maybe we could walk one someday. A girl can dream right? What you didn’t know, was that I was extremely overweight. Not just overweight, but morbidly obese. 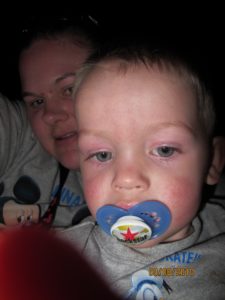 (This is the only picture I could find of myself during that trip. I avoided cameras at all costs, for years, and never made any pictures with my family or any characters!) 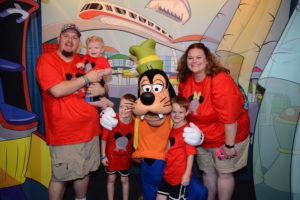 Fast forward almost 5 years later, in January 2015 to be exact, I decided to make a change, not just for me, but for my family. I was 415 pounds and never could hold my youngest comfortably enough to feed him. I couldn’t do the simplest of mommy duties. So, I changed the way I ate, added supplementation, and began to run. I started with the most basic running app, the couch to 5K. I literally was going from doing nothing to doing something. Running at Disney was still a dream, but had made it to the forefront of my goals. To make a long story short, I ended up losing 218 pounds in just one year, and ran my first half marathon shortly thereafter. I knew I was runDisney ready! In March 2016, I signed up to run my fist runDisney race with a charity, The Alliance For a Healthier Generation. Their purpose is to combat childhood obesity, something that I felt made them a perfect team to join. I didn’t just sign up for the half marathon, I signed up to do the Lumiere Two-Course Challenge, which consists of a 10K (6.2 miles) on Saturday and a Half Marathon (13.1 miles) on Sunday. What was I thinking? Go big or go home right? 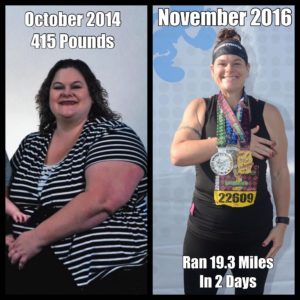 With joining a charity, fundraising is a must, and with the support of family and friends, the $1000 goal was met way before the deadlines. So now, all that was left, was to train. 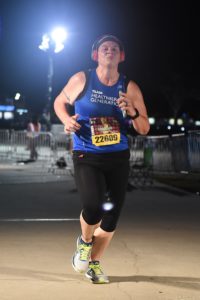 When the day finally arrived, I was so nervous I was nauseous. I didn’t think this day would ever come. I never thought I would be participating in a runDisney event, much less, running in it. I’m honestly still so overcome with emotion that it’s hard to put into words how humbling it was to be there. To dream is one thing, to begin to see it come to fruition is another, but to live it out, is beyond amazing. I had been told that any, and all, runDisney events will spoil you, that you will not experience anything like them, and it is all true. If you are ever considering attending a runDisney event, you don’t have to be an experienced runner. Many people participate by walking. It’s an experience that I will never forget, and will experience again in April 2017 at the Star Wars Darkside Challenge, which I’ve already registered for, and will continue to experience as long as I am able. The plan is to take a family vacation in January 2018 to participate in the Walt Disney World Marathon Weekend and complete the Dopey Challenge, which consists of a Full Marathon, a Half Marathon, a 10k, and a 5K in 4 days! I know I must be crazy, but it’s possible! I never thought I would ever be able to run 1 mile, let alone 19.3 in one weekend, and I did. This article is just the beginning of my runDisney experience articles. It just hit the tip of the iceberg really. The experience was so much more and I am excited to tell you all about it. While you are patiently waiting for the rest of my runDisney articles, feel free to check out Run Diva’s article on the Dopey Challenge. She did earlier this year and had the best time! If you are wanting to plan your vacation around a runDisney experience, please check out our travel agent, Patricia Payne from All For Dreams Travel, and get a FREE quote! 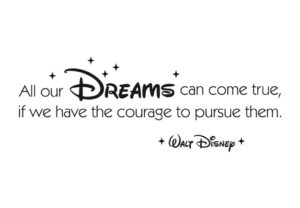