My First runDisney Experience Part 3-The Half of a Lifetime 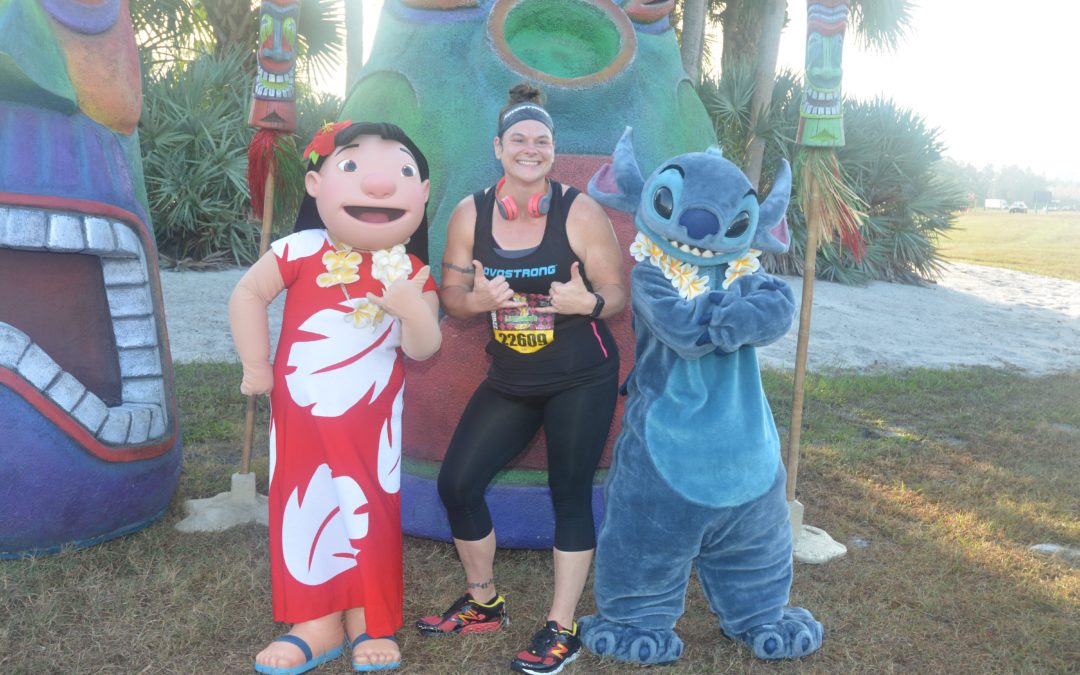 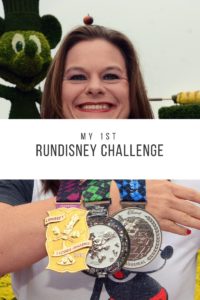 If this is the first article you are seeing in my 3 part series, please check out Part 1 here and Part 2 here. Don’t be too long, it’s worth it!

Disney is a passion, a lifestyle, somewhere I long to be. All. The Time. Especially when it’s cold where I live. Dreaming of Disney and planning my next trip are ALWAYS on my mind, with the distant dream of actually moving closer! These are things that I can remember doing my entire life. Running at Disney though, was a dream that I never thought would come true, but… 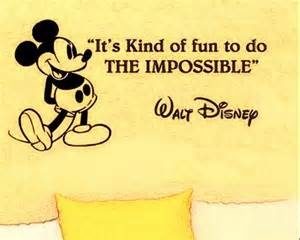 Preparing for this race the night before was much easier than the 10K. Even though I honestly wasn’t looking forward to 13.1 miles, I knew I was ready and knew what to expect! I wasn’t as nervous and nauseous as the previous night, so I was able to get some good sleep. I had already seen the map below so I knew about how the course was going to play out. I was looking forward mostly to running through Animal Kingdom! 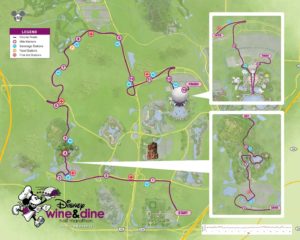 I woke up more excited than the previous day! Remember those awesome runDisney New Balance shoes I purchased? I wore them for the Half-Marathon. My shoes were not feeling good for the 10K, so I am so glad I bought a pair at the Expo. Normally, you don’t break in your new pair of shoes for a race, but they were perfect!! I was already semi-prepared from the day prior, so when I went to the bus stop to board, the line was ridiculous, plus only one bus was running at a time, so I asked my Dad to drive me over to Epcot where I immediately boarded the bus to ESPN. They had tons and tons of buses ready to charter from Epcot, and many people drove and parked at Epcot since that is where the race ended. Once I arrived at ESPN Wide World of Sports, I stood in line for the bathroom. LOL. I knew nerves were still going to get the best of me, so I wanted to make sure I had taken care of everything before I headed to the corrals. The energy for this one was on a much higher level than the 10K the prior day. There was a ton of more people for this race. Again, I didn’t stand in line for the characters, which I probably should have for at least one, but I am okay with that. I didn’t want to be rushed to the corral at any point in time. I wanted to make sure I was there and ready when it was time for us to start, even though I was in Corral G. After successfully making it to the bathroom, I headed over to stand in the Corral, and waited. I’m not the most patient person in the world, so the wait made me even more anxious, but luckily, not nauseous! Once the race was ready to begin, each corral received their own start line fireworks. I am not one for early morning runs, which I have stated multiple times before, but race day is so different. Whether it’s a runDisney race, a Spartan, or any other kind of race I compete in, race day is so energetic and fun. Never will I get up at 3:00 am for anything else! The good thing about today’s race, was that we got an extra hour of sleep due to Daylight Savings Time!

Even though it was pitch black when we started, it didn’t take long for the sun to start rising, and it did while we were heading in to Animal Kingdom. But first, even though I was excited, I was still nervous. Once we started, I, unfortunately, had to use the bathroom….again!!!!! LOL. Right before mile 1, I had to stop! Thankfully, port-a-potties are located throughout the entire course, and you have the accessibility to the park restrooms while you are running through the parks! Probably a little too much TMI, but hey, this is real life! 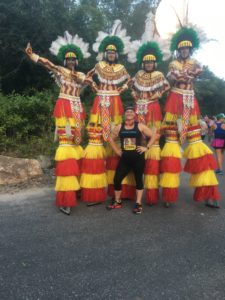 Honestly, I don’t remember a lot of the run before Animal Kingdom. (I am going to make sure to take more pics during Darkside!) I remember how beautiful the front entrance and the Tree of Life was while running into the park. I remember how it felt to be the only ones (along with 12,000 of my closest friends, but luckily not all at the same time) in the park. Next time, I am going to try and stop at all the photo ops, but I do absolutely love my Memory Maker Pics. They really caught how much fun it really is! 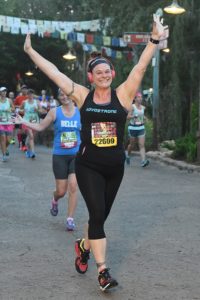 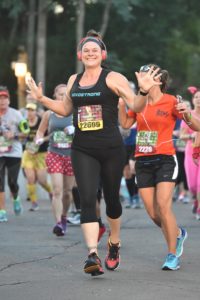 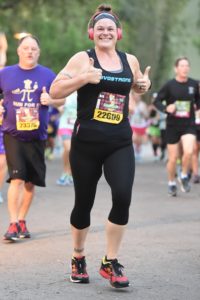 I don’t remember much between Animal Kingdom and Epcot. I remember leaving Animal Kingdom through a back entrance, jogging by what seemed to be some of the animal houses. I believe we jogged by some kind of industrial plant, maybe a sewage treatment plant, but I don’t remember any smell honestly. I remember having to stop for the bathroom, again, but there was hardly any line so I didn’t have to stop for long. We got onto the highway about mile 9 and right after mile 10 is the “on-ramp”. I had read in previous threads that this “on-ramp” is a horrible hill and stops so many runners. I laughed when I approached it, because it wasn’t that big of a deal, but I run hills and inclines a lot so maybe that’s why I was ok with it. I do remember that a Toy Soldier from Toy Story was at the top of the ramp and was making anyone who was walking do pushups! Glad I wasn’t!!

At that point, we could see Spaceship Earth! Oh what a beautiful sight! Not that the finish line was close, but just seeing it was breathtaking. Hey, I am a self-proclaimed Disney Freak and I cry every time I come and go from Disney.

Running into Epcot was a little different from the previous day’s run through Epcot. We only stayed on the front half of Epcot. We ran up next to Spaceship Earth, past the dancing Fountain, up to the Showcase Plaza and back down where we came from and out of Epcot to the finish line. On the way back to Spaceship Earth, park goers were now entering the park. They were only allowed to walk, almost single file, with cones outlining their way to go, on the inside next to Spaceship Earth and we had the rest of the walkway to run. The runners took priority over the park goers. Call me weird, but I thought that was cool. Now the looks we received from park goers, that’s a totally different story. 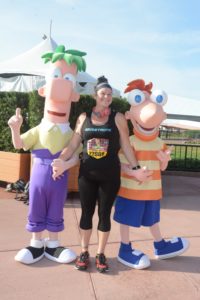 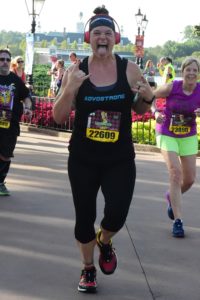 {One of my favorite Memory Maker Photos}

This runDisney race/challenge is truly something that I will always remember and cherish, because it is proof that dreams do come true, if you truly believe. 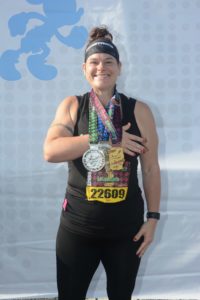