Never Have I Ever- Disney Edition 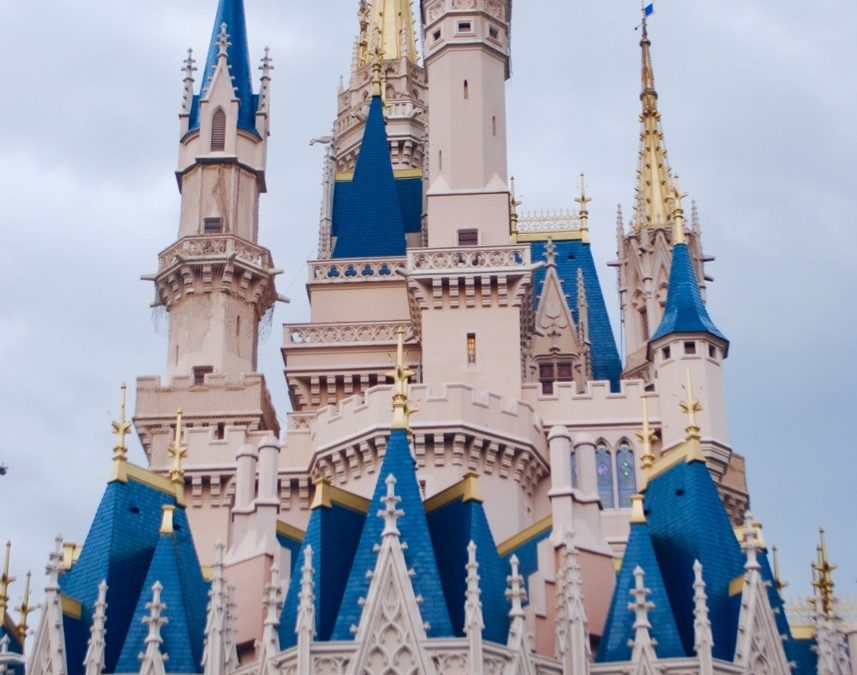 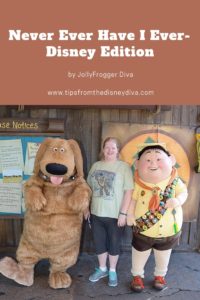 Do you remember the Never Have I Ever game we used to play as kids? If not, the idea is to gather several friends around and throw out things you haven’t done. If someone else in the group has done them, they put a finger up and you’re out after you get 5 fingers up. Whoever is left at the end of the game is considered the winner. I thought it might be fun to play a modified version of this with things at Walt Disney World. While I consider myself a seasoned Disney veteran, there’s still plenty of things I haven’t tried. I’ll give you 10, in no particular order. Will you be left standing at the end of my list?

Never Have I Ever…

Visited a Disney water park
I’ve always been fair-skinned. I have to apply a high SPF sunscreen fairly often to keep from getting burned when I’m outside. With the exception of my Mom, everyone else in my family growing up had the same issues. Therefore, visiting the Disney water parks were never high on our priority list. In fact, I’ve only visited a water park two or three times in my entire lift. In addition to being prone to burning, my family tends to pack our vacations pretty full of park time, so as I’ve grown up I haven’t been willing to sacrifice any of that park time to visit one of the Disney water parks. One day when my kids are older, we may make time on one of our trips to visit either Blizzard Beach or Typhoon Lagoon, but for now, this isn’t one I’m in any hurry to mark off my list.

Ridden a Main Street vehicle
I’ve seen the Main Street vehicles plenty of time, but never stopped to take the time and actually ride one. They look charming and are really a fun idea, so I’m not sure why I haven’t ridden one before. Perhaps on our upcoming trip we’ll catch the trolley for a leisurely ride down Main Street USA. My kids would probably love the horse as much as the ride. 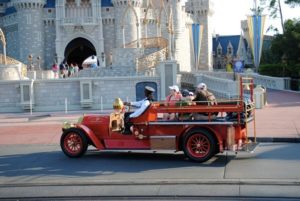 Visited Disneyland
Although this one hasn’t happened yet, visiting Disneyland is definitely on my bucket list. I would love to visit the park that Walt himself had so much hand in designing. However, being that I grew up and still live on the East coast, getting all the way to California is a huge and expensive undertaking. I definitely plan on heading out to the West coast one day to visit Disneyland and California Adventure, but for now I’ll settle for planning another trip to Florida to get my Disney fix.

Stood in line longer than an hour for an attraction
With the opening of Flights of Passage in Pandora at Animal Kingdom and the impending opening of Galaxy’s Edge at Hollywood Studios, Walt Disney World has and will continue to see some record-breaking wait times. Personally, however, I am unwilling to pay a day’s admission to stand in one line for the majority of the day. If I am unable to get a FastPass+ reservation for a ride and the wait time is exceedingly long (I generally don’t get in stand-by lines with waits more than 30 mins, but sometimes I’ll make an exception if it’s less than an hour) then I generally skip that ride. I know Disney has some amazing rides, and there are very few that I don’t love riding, but I am just not willing to waste large amounts of time in a single line. To each their own however, and I commend those of you that plan to brave the long lines and madness that are sure to accompany the opening of Galaxy’s Edge in August (Disney Magic Diva has what you need to know about Galaxy’s Edge opening here). 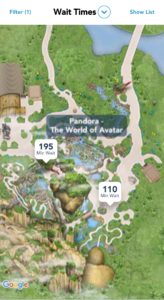 Taken a Fireworks Cruise
This is another one I hope to cross off the list some day. I have read reviews that make this sound like such a fun experience. You can find Disney Magic Diva’s review of Ferrytale Fireworks here and Tinker Belle Diva’s review of Pirates and Pals Fireworks Voyage here. Although they both sound amazing, I know my inner pirate (I am JollyFrogger Diva, after all) would probably enjoy the Pirates and Pals Fireworks Voyage the most. The only thing stopping me from booking it for our upcoming trip is my oldest’s fear and dislike of fireworks. While I imagine she’ll learn to like them once we get there, especially if we get her some noise cancelling earplugs or headphones, I don’t want to pay money to book something that she won’t enjoy due to being anxious and scared. Maybe when she’s a little older she’ll outgrow her fears and we’ll be able to experience one of Disney’s fireworks cruises. 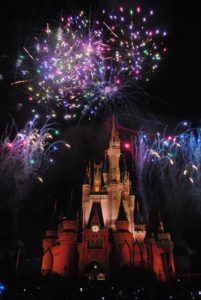 Attended a Dessert Party
Fireworks and desserts are two of my favorite things, so it might surprise those who know me that I haven’t attended any of Disney’s dessert parties before. However, it all comes down to my budget. I have already paid for park admission that allows me to see the fireworks for no additional cost and I have a hard time justifying paying more just to watch them in a special spot, even if dessert is included. They do sound lovely, and perhaps one day I’ll get to experience one for myself, but in the mean time I’ll grab a Mickey bar or some popcorn using one of my dining plan snack credits and watch them from the general viewing area. Disney Magic Diva has a great guide to Walt Disney World’s dessert parties if you want to figure out which one is right for you.

Visited a Disney Spa
Visiting the parks for several days can be hard on the body, and who doesn’t need a little relaxation on vacation? Fortunately Disney has several lovely spas to choose from including Mandara Spa at Disney’s Swan and Dolphin Resort and Senses Spa at Saratoga Springs Resort and Grand Floridian Resort. You can find a wide range of services to meet most budgets, so a little pampering may just be what you need on your vacation. If Disney spas are so great, why haven’t I visited one before? Turns out, while I enjoy the occasional pedicure, I’m not really in to the whole spa experience. I’m all for relaxing, but I’d prefer to do that in my bed at the end of the day and I’d rather spend my time riding rides and my money on a souvenir or a delicious meal. 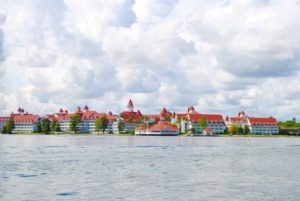 Enjoyed Disney’s Boardwalk
I guess the reason I’ve never spent much time at Disney’s Boardwalk is because it didn’t really offer anything my parents would enjoy, so we never really spent any time there. In fact, I’ve only been to the Boardwalk twice, once for my father to get a pressed coin when he was collecting them, and once to see the gingerbread display at Disney’s Beach Club. In fact, until Tiki Diva’s article about her date night at Disney’s Boardwalk, I had never given that area much thought. Perhaps my husband and I will have to plan a date night of our own to check it out on our upcoming trip.

Played an Interactive Game
Did you know there are several fun interactive games that you can play as part of your Walt Disney World experience? There’s Sorcerers of the Magic Kingdom (Soarin Diva has a great review of this one)and A Pirate’s Adventure: Treasure of the Seven Seas at Magic Kingdom, Agent P’s World Showcase Adventure at Epcot.   I’ve never paid much attention to them before, but after reading about them, they sound like a fun way to mix up your park time a little. My kids probably don’t have the attention span for any of them just yet, but we may check one or two of them out on our next trip just to learn more about them.

So…are you still in the game, or did you get out with 5 fingers up? One of the things I love about Disney World is that there are nearly endless amounts of entertainment to be had. I have listed a few things I’ve never done, but I know there’s tons more that I haven’t seen or down yet. What are some things on your Never Ever Have I Ever list? Is there anything on my list that I really need to make sure I do? Let me know in the comments.

If you want to plan a trip to Disney to check some items of your Never Ever Have I Ever List or just want a free quote, contact Patricia with All for Dreams Travel.