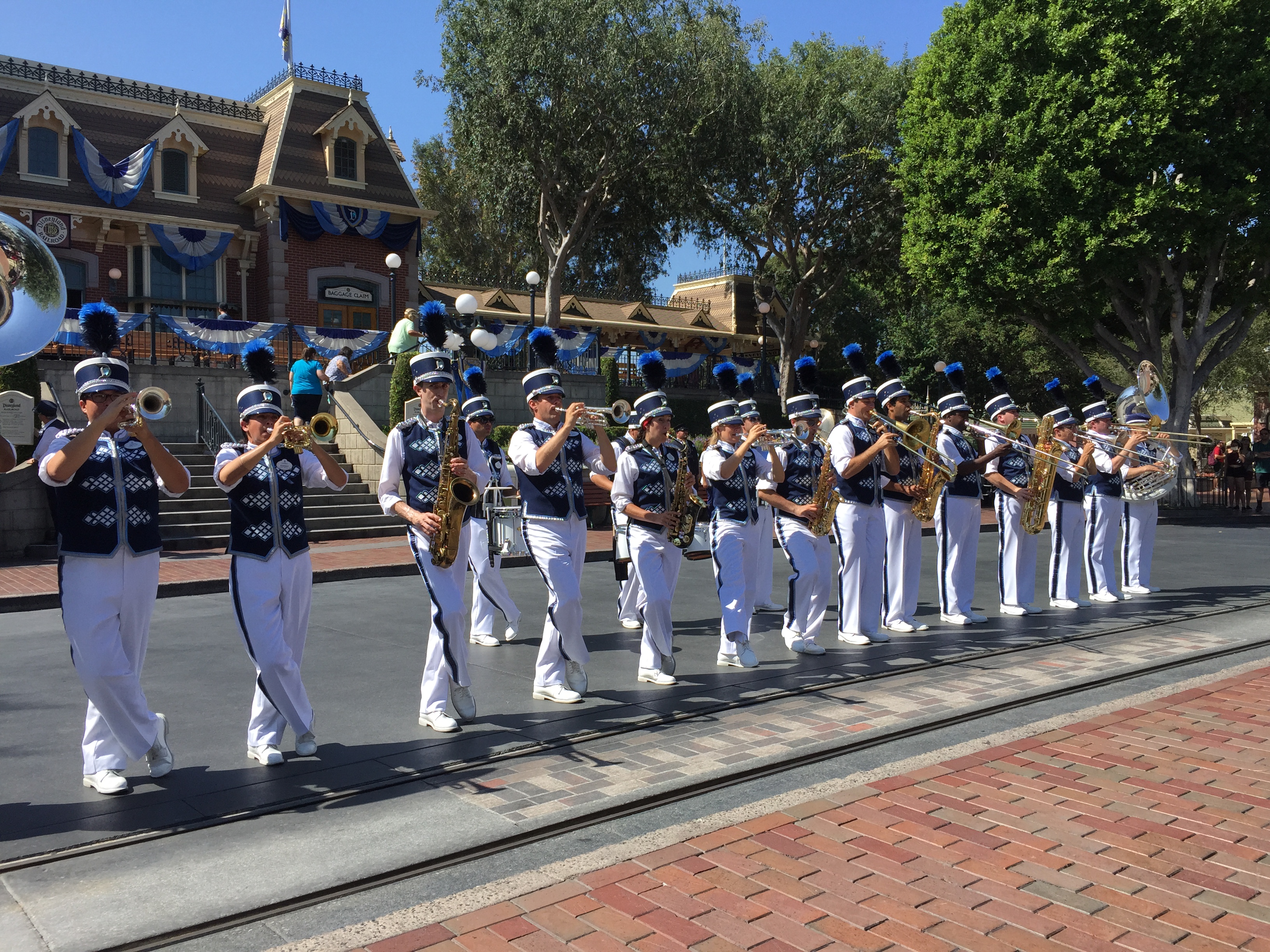 July 17th brought about a big change for Disneyland. Amongst the glitz and glamour of the 60th Anniversary a new and improved Disneyland Band marched its way into the park. This modern twist on the classic group that dominated Disneyland since opening day has had a wide array of reactions from guests – with mine being a on a more positive note. 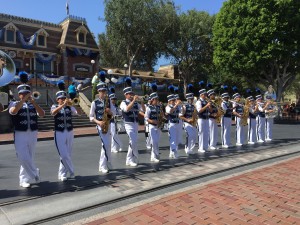 Armed with crisp white uniforms, with just a touch of blue and sparkle for the Diamond Anniversary, these spritely and spirited new Band Members have transformed the performance era for Disneyland. While the “Originals” of the Disneyland Band, some having been there for over 40 years, had great talent – they lacked energy and were often performing sitting around the flag pole each day. Now the much younger, yet still talented, “Newbies” have brought about a new scene in entertaining guests. Much like the Disneyland All American College Band that comes about every Summer at the park, which you can see here, the new Disneyland Band dances their way around the park with much more enthusiasm. All over the park, instead of just at the Castle and at the Flag Pole like before, you’ll see the Band talk to the crowds and play with pictorial choreography  to capture the guests’ attention. I’ve seen them on the staircase at the Main Street Train Station busting out Disney’s new “Live the Magic” single and all the way to the front of the Golden Horseshoe playing some country classics like “Davey Crockett.” They really seem to move around the park more than before. 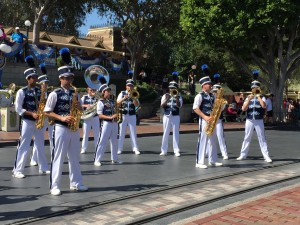 Even Mickey and the Gang like to hang out with the Disneyland Band more frequently too! You’ll see Mickey, Minnie, Donald, Goofy, and even Chip and Dale in their 60th attire dancing around with the band as they do a sort of “cha cha” throughout the park.  Everyone claps along and guests like me feel totally immersed in the experience – I felt like I was part of the band and one of Mickey’s pals. I’ve noticed that the kids especially are interested in this new movement that the band is making. Seeing such a big group having fun out there lights their eyes up and puts a big ole’ smile on their face! The looks and sounds are so much bigger than the Disneyland Band before and a lot of people are taking notice. 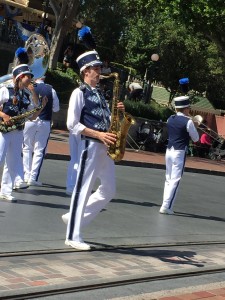 Becoming more modern is the main thing that the Disneyland Band has accomplished in my opinion. Their hype is one thing, but they are finally playing stuff kids now a days will notice too. (Thank goodness! you can only hear Jungle Book so many times!) From an attraction medley you can watch  here to a fully fledged performance of Let It Go, they’ve finally brought in the more popular music of today’s generation. Kids can actually sing along to Cars’ “Life Is A Highway” and still learn “Hooked On A Feeling” (known from the Guardians of the Galaxy to the youngsters) in one performance. This meld of past and present musicality is what makes this new and improved Disneyland Band so important to me. They’ve now captured the entire audience instead of just the nostalgic (and sometimes simply older) audiences who have come to love the classic Disney music the parks have been known to provide. Now an entire family young and old can sit and take in the Band’s performance as one and share that magic together.

What do you think of the new Disneyland Band? Does it make for a better or worse experience for you and your family? Tell us what you think! Be sure to check Disneyland’s website and map guides in the park for performance times – that way you can “Live the Magic” alongside the new and improved Disneyland Band!