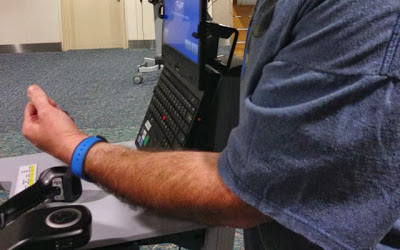 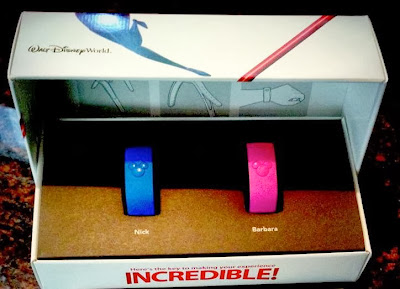 By: Nick the Disney Diva

My wife and I had the pleasure of using the MagicBands on our recent trip, and I thought I’d briefly share our experience.

I’ll start with my experience setting up our My Disney Experience account.
I’d heard that many of my Disney friends were getting invitations via email to test the new MagicBands, and was a bit perplexed that we hadn’t yet.

One evening a few weeks before we were to leave, I went on Walt Disney World’s official website, and saw My Disney Experience at the top right hand side. I clicked on it, and it asked me to log in. I used my existing Disney account info, and was very surprised indeed when it asked if I’d like to customize mine now! Well, yes!

Tip: Even if you don’t get an email invite, be sure to check the website. Even then, all isn’t lost, Disney is adding new resorts all the time! If you arrive and haven’t got a band, they will give you a gray one.

I entered some info such as how I would like my name to appear and the color of the band. I entered Nick and Blue. Then I was asked who would be going on the trip with me. I misread this as asking who was going on the trip, and typed in my name again, as well as my wife’s name.
Tip: Don’t do this!

It took 3 hours on the phone with Disney, and 24 hours later, this was all resolved. The “Nick” accounts were merged, and I was a whole person again!

I then started making FastPass+ selections. This allows you to select the park you plan on attending on a particular day, and 3 attractions, including rides, attractions, shows character meet and greets, etc.

I loved planning this out, and spent I don’t know how much time making and changing plans.

A couple days after THAT, we got the invitation to try out the MagicBands! I called Disney and they said that there are some glitches still, and to just disregard the email.

Tip: Take your MagicBands on carry on luggage. 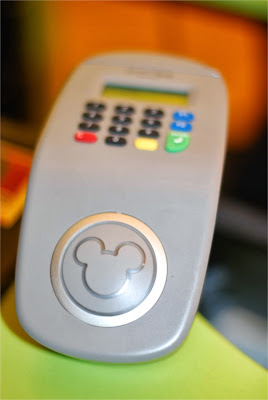 I’d had a concern that I wouldn’t be able to stand wearing a band on my wrist to begin with. It turned out to be a non-issue, as I actually would forget I had it on. Unless I was looking for the time, in which case I’d find myself looking at it like a watch. This happened frequently, and was somewhat annoying, but that’s no fault of the band, just my brain.

I chose to wear mine the traditional way: 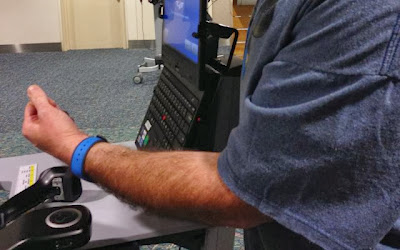 While Barbie chose to wear her’s with the RFID facing down: 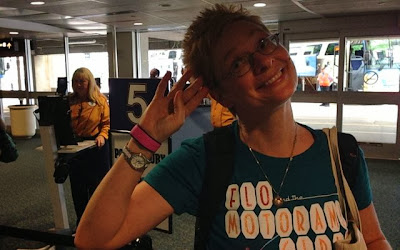 We had “discussions” throughout the trip as to which method was more practical, with no clear winner. Sometimes my way was better, other times her way was, so it is a personal choice based on what you are more comfortable with.

As for use, we had very few glitches, and these occurred early in the week. Really, it was amazing how quickly things were hashed out. Let me explain.We started using the bands immediately, at the airport, for Magical Express. This was very smooth, and we were on the bus in minutes.

We used the bands as room key, park pass, and credit card. You would simply punch in a code that you selected each time you made a purchase. These pads were available at every register, including every food booth at Epcot’s International Food and Wine Festival! 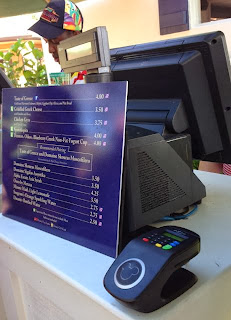 I noticed that early in the week that the pads seemed “stiff”, and that you would very forcefully and deliberately have to punch your code into the machine or it would not register, and you’d have to start all over.

By the end of the week, it appeared that ALL the pads had been replaced! I asked a Cast Member and she said it had virtually happened overnight, and that they were constantly updating the technology!

Entering the parks has been streamlined greatly with the bands. Simply hold the band against a post, use a finger to identify it’s you using the band, and you are in. I even noticed THIS seemed to have improved as the week went on. Amazing technology indeed. 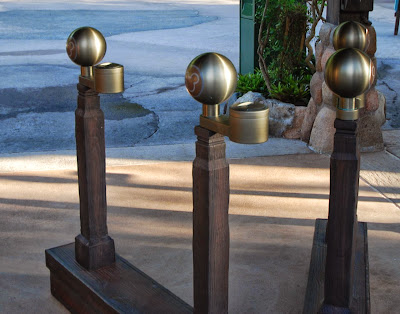 As for the FastPass + feature, well, that is about the best invention since sliced bread! Several times during the trip, I would go on my smartphone, into the My Disney Experience App, and change around my selections, sometimes within the hour I was assigned for another ride! There were a few times the system was slow, or even unavailable, but within minutes, this would be resolved.

Another great thing about FastPass+, I didn’t feel the need to make it to every rope drop! Don’t get me wrong, I was still up at the crack of dawn because I was too excited to sleep, but on a couple of mornings we had breakfast at our resort, and arrived later than I would have otherwise because I didn’t have the urge to get to the parks before the masses. So, while some are saying scheduling every moment of the trip takes away spontaneity, I actually found it more relaxing!

Of course, there are still bugs to be worked out. Friends told us a story of waiting for several hours to work out an issue they had, and we heard of similar issues from random guests that we talked to, but honestly, we absolutely loved them, and look forward to using them on future trips.

Portions of this article were originally posted on the Disney Musings Blog, which Nick co-writes with his wife, Barbie.