One Day in Animal Kingdom Park 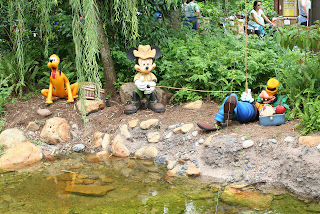 Believe it or not, Disney’s Animal Kingdom is sometimes not on the “must see” list of parks at the Walt Disney World Resort. Part of the issue is that some people confuse it with being like a zoo or a half-day park.

On the contrary, Disney’s Animal Kingdom is actually the largest of the four parks at the resort and it is so much more than a zoo. It is part zoo, part theme park, and full of unique details and learning experiences that make it special enough not to miss. It’s also slated to become the new host to Avatar land, which should be interesting.

Our first visit to Disney’s Wild Animal Kingdom was somewhat of a disaster. We visited on Christmas Day and it was pouring rain. Sheets of rain. The animals went into hiding. We Southern Californians were perplexed at the amount of rain falling and had ventured out without much rain gear, and were soaked to the bone.

Diva Tip: This park seems to not have as much protection from the elements, so plan accordingly. Bring ponchos and rain gear if it is raining. If it is hot and sunny, make sure you have a hat and sunblock. 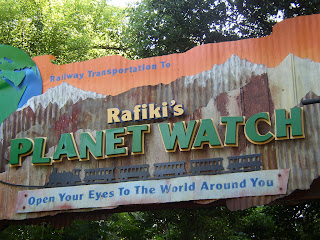 Our trip was two weeks long and we had bought annual passes, so we were able to head back to our hotel and come back another day on our vacation without worry. For many folks, this is not an option. Many folks just have one day in which to see each park and I am writing this post for you!

Now, this itinerary is a general one. If you have small children or are traveling with elderly folks, you may want to consider adding more breaks.

So without further ado, here we go!

1. Arrive at the park early if you can. If you slept in or were up late at another park the night before and needed a slow morning don’t fear. I think of all the times we have visited Walt Disney World, we have arrived at one park early. I assure you, our trips were not miserable because we didn’t get there before the parks opened. If, however, you do not want to miss the park opening ceremony, please plan to arrive early so you can see it.

3. Head for Asia and straight to Expedition Everest. Get a Fastpass. You may be tempted to ride it first, but the truth is, you will want to ride the Kilimanjaro Safari ride first. 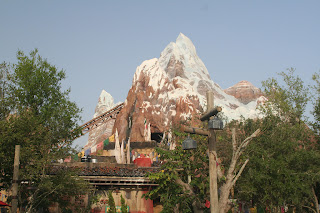 4. Walk back to Africa and ride on the Kilimanjaro Safaris. The animals are usually out first thing in the morning. If you like this ride, get a Fastpass to use later.

5. Next, walk through the Pangani Forest Exploration Trail. Say hello to the meerkats!

6. Head on back to Asia and ride Expedition Everest. Be sure to pay attention to the details in line. This ride does go forward AND backward at fast speeds, if this is not your thing head on over to Kali River Rapids. You will get wet!

8. Have lunch at the Flame Tree BBQ. It is a nice restful place to take a break. The food is great, too! 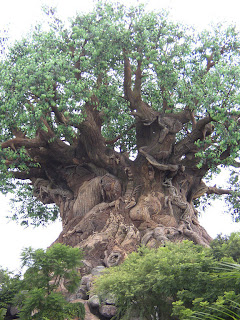 9. While in the Discovery Island section of the park, check out the Tree of Life up close and watch It’s Tough to Be a Bug! This will also give you some time to let your food settle before getting on…

10. Dinosaur! Head on over to DinoLand U.S.A and get a Fastpass for Dinosaur. Next, take in Finding Nemo-the Musical. Use your Fastpasses for Dinosaur after the show. If it is still too early to use your Fastpass, ride Triceratops Spin or Primeval Whirl.
11. Head on back to the Discovery Island area and grab a snack and a seat to watch Mickey’s Jammin’ Jungle Parade.
12. After the parade crowds have cleared, it’s time to visit Camp Minnie-Mickey. Get your picture taken with the big cheese himself, Mickey Mouse.
13. Let your last act of the day be the best one: watch Festival of the Lion King. You will not be sorry you saw this spectacular indoor show. If you are hungry for dinner, stop in at Pizzafari or The Rainforest Cafe.
Oh, and one more Diva Tip: Watch out for critters on the run! 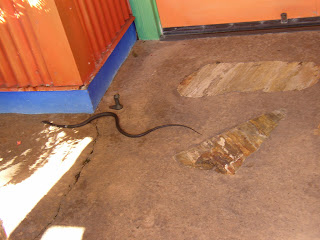