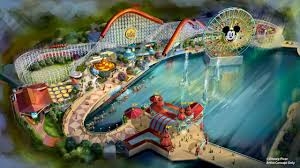 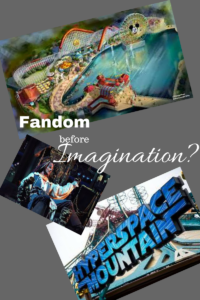 Lets talk about Toys for a second.

Several years ago, my little brother received “Tumble Time Tigger” for a present on his birthday. Tumble Time Tigger would do cartwheels and sing his own version of “Can’t Touch This” and this led to minutes of fun followed by a couple of years of “why do we have this?” and then a trip to the local second-hand store during spring cleaning.

Imagination is a beautiful thing that has the primary function of building up more events around something incomplete. Artists like to call this closure- the idea that you don’t have the full picture so your imagination makes it complete. How many parents get the latest and greatest thing for their young child on Christmas and the kid ends up playing more with the box? How many kids, no matter what kinds of toys they get, will always go back to their favorite teddy (my sister still holds onto a simple baby doll lovingly named “baby”)? Why is that? because with simple things, humans become creators and developers and are more than participants in their world surroundings. 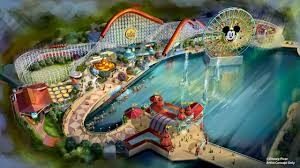 Pixar Pier is newly announced with a new Incredibles roller coaster and a Monster Inc. ride on the way. but is this really what we fans want? Should it be? Disney’s promotional image of the new site.

Recently, Paradise Pier was announced it was closing to make way for “Pixar Pier”. Pirates of the Carribean was changed drastically a few years back to make room for new animatronics to make the ride look more like the movie that was based on the ride. What used to be the house of the future exhibit has been replaced with both Star Wars and Marvel exhibits. It seems for almost half the year Space Mountian becomes Hyperspace Mountain and puts on a fancy new Star Wars costume. and all of this leads to the same effect:

We are no longer taking in a new experience. One where we are ourselves transported to a new era. A new time. We don’t have that creative freedom to create our own adventures. We are now told what we are and what we can do within the confines of a franchise or property.

Now, this isn’t to say I hate all movie tie-in properties. Star Tours is amazing, Buzz Lightyear Astro Blasters is fun (if not difficult), Indiana Jones is my favorite ride and

I will stand in line for four hours to get into Toy Story Mania. Some rides in fantasy land based off movies will always be in a special place in my heart, but so does my adventure of being an old-timey vacationer on California’s Paradise Pier, and being a space explorer discovering planets never seen before in Space Mountain, or a citizen who got caught in a crazy exchange between pirates after a fishing trip gone astray. These two ideas make up equal and important pieces of Disney Park magic. Every time I go on a ride it becomes a new experience. A new adventure. I’ve taken on a different role and I can now see the ride in a different light. But now? I’m always stuck as a pirate in Jack’s crew. I’m always stuck as “Rebel Pilot” assisting an escort mission. I’m forever going to be stuck as “Generic Pixar Fan” whenever I go back to what used to be Paradise Pier.

And that really is the problem I have with new Disney park renovations. Disney parks are really a place where everyone’s inner child is released and playing pretend is the cool way to do things. Really, it’s the only thing that makes the magic work.

In short, my questions is: what happened to my unique and creative experience, and why is it being replaced with nothing more than a commercial for more Disney products? And to all of you, there doesn’t really seem to be anything we can do about this. Modern trends seem to put fandom of properties over an imaginative role. So schedule your vacation. Take on a role. Get involved before it’s too late and your involvement has become the opposite of what we crave- passive participant over the active creator.