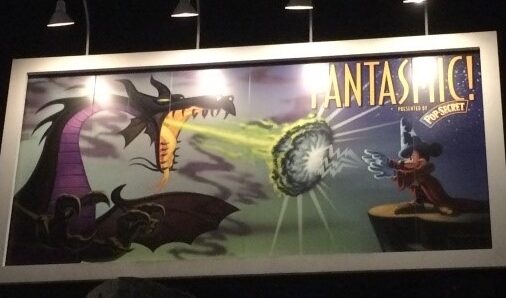 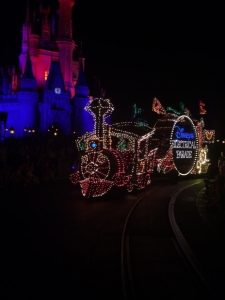 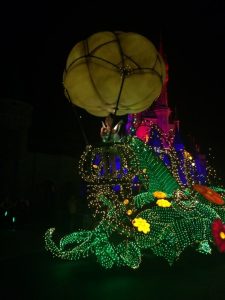 Tip: If there are two performances of the parade, see the second one. The second showing is usually less crowded and it gives you the opportunity to experience some of the more popular attractions while most of the crowds are at the first showing. If you are like me, having less people watching the parade gives me more room to dance to the catchy soundtrack of the parade.

Tip: On certain days, especially during popular times, Fantasmic may have two showings. If this is the case, see the second Fantasmic after Star Wars: A Galactic Spectacular. This gives you the opportunity to see both of these incredible shows.

Tip: My favorite viewing location is near the American Adventure Pavilion. This pavilion is in the center of World Showcase so it gives you a great view of the entire show.

Tip: If there is a second showing of both Celebrate the Magic and the Main Street Electrical Parade, I highly recommend seeing Wishes first, followed by Celebrate the Magic, and then the parade. This is the best way to avoid the crowds since the big crowds tend to exit after Wishes.

Tip: My favorite viewing location for Wishes is near Casey’s Corner. This location provides an excellent view of both Wishes and Celebrate the Magic. 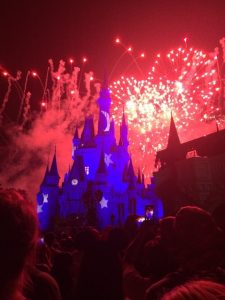 Tip: Since most guests are gone by the Kiss Goodnight, it is the perfect opportunity to get some great pictures in front of Cinderella Castle at night. Photopass photographers are usually still around at this time, so ask them to take your picture so the whole family can get in the picture.

Bonus Tip: Always remember to check the show schedules before your visit. The schedule can be found on Disney World’s website and you can also find the schedules by picking up a Times Guide when entering the park. The times of all these shows vary depending on the season and some are only shown during certain parts of the year.

These nighttime spectaculars truly define the parks at night and they continue Walt Disney’s vision to enhance the guest experience at night, Walt’s favorite time at the park.

Thinking of planning a trip to Disney World to see these nighttime spectaculars for yourself? Contact Patricia at All for Dreams Travel and click here to get a free quote today!