Pack these to save money in the Disney Parks!

There are many things that you can buy BEFORE your trip that will save you a lot of Disney Dollars once you’re in WDW!! Usually these are things that you see people spending an outrageous amount on that you know you a) they might could live without and b) their kid probably went psycho about it and they gave in.

Here’s just a few I’d suggest buying ahead of time. 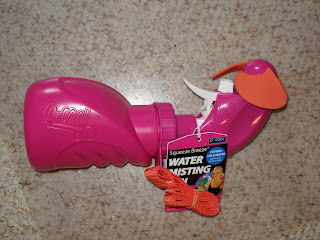 Listen, if you’re not from deep south you have no idea what kinda heat we’re talking people. Its not just hot, its oppressively hot. There are days when the air is so thick with humidity that you feel like you could cut it. Especially in the summer, and all that pavement…. trust me. Its hot!!

In the summer you can catch these “Water Misting fan’s” for between $3-5.00 at your local Wal Greens, Rite Aid, CVS, you get the picture. Most drug stores carry them. If you buy this in the park expect to pay around $12.00. And the only difference is that mickey is screen printed. So break out the paint pens and decorate them mickey style yourself. 🙂 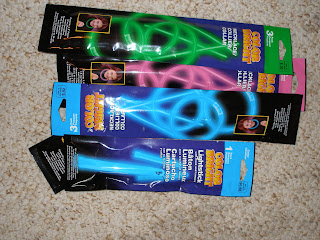 2. Glow Sticks – Usually you can find Glow Sticks are your local wal-mart or wal-Greens store. Especially around Halloween, but I saw some at a local store recently. They sell these at night when its time to watch the fireworks and let me tell you that your kids will go NUTS to have them. We ALWAYS bring them with us to see Fantasmic too. We bought ours after Halloween for around .30 cents a package! In the park they’re between $5.00 and $20.00 depending on what you get. Trust me, bring them with you (put them in your checked baggage to avoid dispute with the airlines).

#3. Ponchos – Sometimes in the middle of the day at Disney a rain storm will just spring up. I’d love to tell you that the rain will hold off JUST for your trip, but that’s probably not going to happen.
You can save yourself SOOOOO much money if you run down to Wal-Mart and buy poncho PACKED UP ALREADY for about .99 cents!! You WANT to be able to throw them away, so don’t pack a super nice one just grab some cheapos. Again, Disney has these in every park. For about $7.00 PER!!! We usually bring some safety scissors and just cut the bottoms off for our kids later on. It pays dividends!

#4. A few Disney pins
Pin Trading is a pretty big thing at Disney. We personally don’t do it b/c we just aren’t in to collecting things much, but there are a lot of people that are HARD CORE. The pins can run you QUITE A BIT of money in the parks and souvenir shops, so I’d suggest buying a few before you go off of E-bay. If you have kids between 7-12 in particular I’d read up on pin trading here. 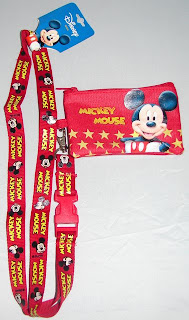 #5. A lanyard with a pouch.
This has nothing to do with pin trading at ALL. 🙂 This has to do with you having to get out your tickets/room key a million times a day to get fast-passes. Its a major pain in the booty to get out a wallet or dig into your backpack that many times.
Its great for everybody to have one I think, but its REALLY vital that the adults have them at least. You can buy them off e-bay and some are even being sold WITH a few pins for about $20.00.
Share this...