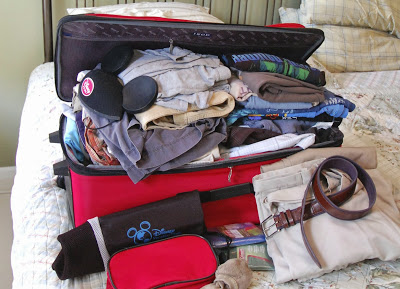 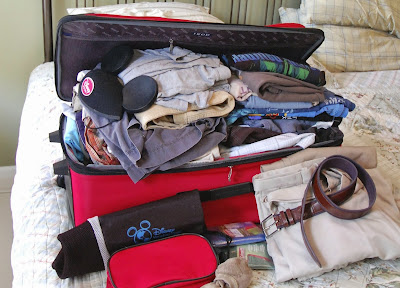 I confess. I’m an over packer.

There are several reasons for this.

For one, we go to the parks early, and then return to the room for a nap or a swim. I don’t want to wear the same sweaty shirt and such that I wore that morning. So, that’s 2 shirts and extra underthings per day.

What if it rains? I need to bring a couple of extra pairs of socks and a couple more shirts, and yes, extra underthings, just in case.

I wear night clothes. Nothing outrageous, lounge pants, and a t-shirt. And, while I do re-wear the night pants, I often get up earlier than my wife (because I’m too excited to sleep!) and take a walk, which means I’m sweating up that shirt, and that means I’ll need a new one for that evening.

What if I get a stain on my pants or shorts? Gotta bring at least a couple of extra pair of pants!

Then there are dress clothes. Do we have any fancy dinners planned? How many? Gotta have nice button down shirts for those. Maybe even a suit!

And I can’t wear the same thing twice because I am going to have my picture posted on Instagram and scattered across several blogs and Facebook pages!

Then there’s packing for cooler months!  Bulky clothes take up a lot of space in your suitcase.

Okay, let’s see what I can do to cut back on some of this.

I hope some of these packing tips help you (and me!) on your future Disney Vacations.