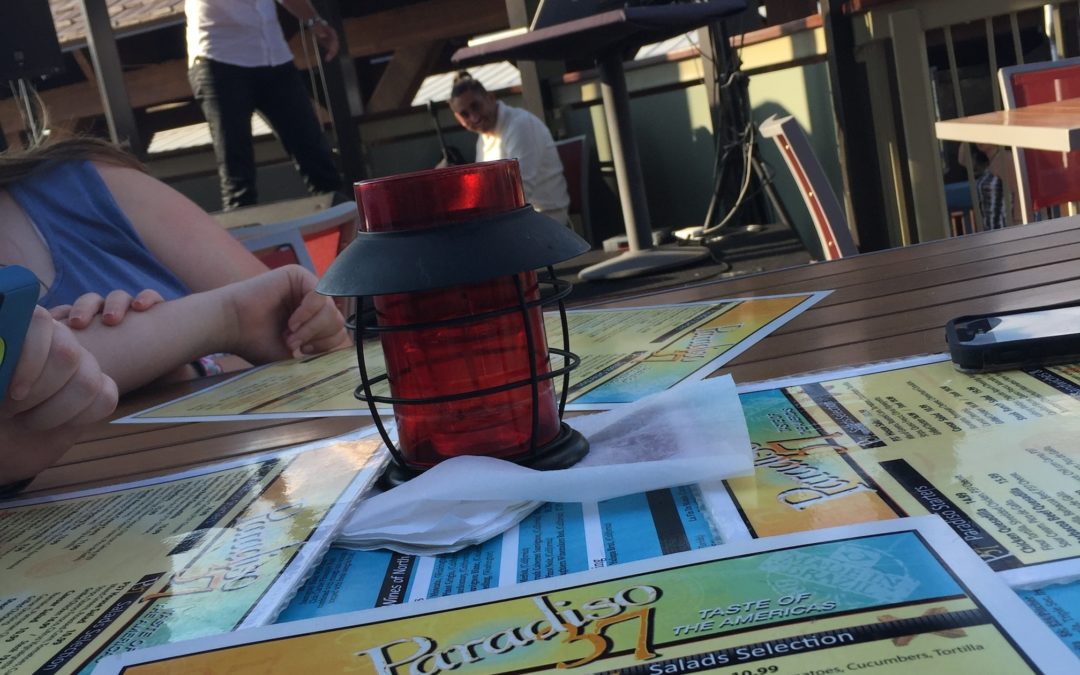 Ever since Disney Springs transformed from being “Downtown Disney”, a lot of new restaurants and shops have opened up. I had never heard of Paradiso 37 until my family found ourselves in Disney Springs with empty stomachs and no dinner reservations. We had planned to try out the AMC Dine-in Theater but decided against it after a busy day in Animal Kingdom. I checked on the My Disney Experience app for somewhere that might possibly have last minute reservations, but alas, no reservations were to be found. I was down for quick-service from anywhere but that was not to be had for the rest of the crew. We checked the app for a fairly priced Table service restaurant and went to see who could take walk-ins. Paradiso 37 was the first restaurant we checked, and lucky for us, they had a table. Paradiso 37 is located next to Jock Lindsey’s Hangar Bar in The Landing area of Disney Springs (just past the Boathouse.)

They had an outside table available so we only waited a few minutes before being taken to our table. Our table outside was right next to the stage where they have a DJ and some speakers so the entire meal was pretty loud, but the music was still fun to sing along to! Our table was also clearly visible from the streets of The Landing so that didn’t allow for much privacy, but we had a nice view of the water!

The menu at Paradiso 37 is referred to as a “Taste of the Americas” meaning the food reflects North, Central, and South American styles. This means the food has a Latin flair but its not hard to find typical North American options. Appetizers range from Nachos to Fried Green Tomatoes. Options for entrees include fish tacos, south carolina-style Ribs, and burgers and fries. 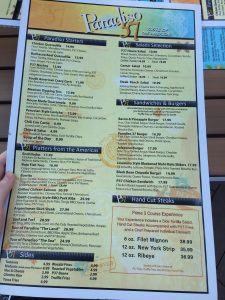 My friend ordered the P37 House Salad with grilled chicken. The salad comes with a citrus vinaigrette dressing. She said the salad tasted very fresh, refreshing, and light. The grilled chicken was not dry and very tasty. 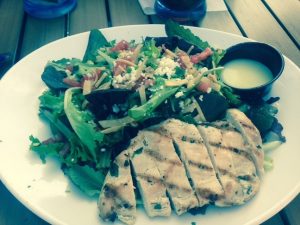 I ordered the P37 Chicken Sandwich with fries. I know, I could have branched out and tried something different but I chose to play it safe. It’s a chicken sandwich with bacon, guacamole & queso fresco on a Brioche bun. It was very good as far as chicken sandwiches go. I really liked the guacamole and the bun was especially good. 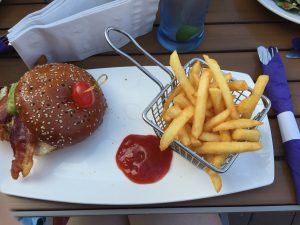 My other friend ordered the chicken enchiladas and cilantro rice. There is also a choice of rice and beans but she substituted the beans for double the rice. She said it was as tasty as it was pretty! 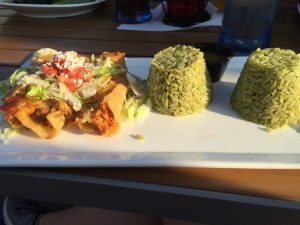 My sister ordered the Paridiso burger. She said the meat was tender, the Brioche bun was tasty, and the toppings were very fresh! I don’t have a picture of the burger but the bun and fries are the same as the chicken sandwich so the presentation is very similar.

Overall, we enjoyed our experience. The service was very quick and courteous. The outdoor atmosphere was fun but, like I said, a little on the loud side. I would definitely go back to Paradiso 37, sit inside, and venture out a little more with my food choice.  Paradiso 37 is one table service on the Disney Dining Plan. We got in without a reservation, although I highly recommend making one.

If you are looking for a tasty and fun dinner at Disney Springs, I definitely recommend Paradiso 37!