Past, Present, and Future: Epcot Forever Has it All! 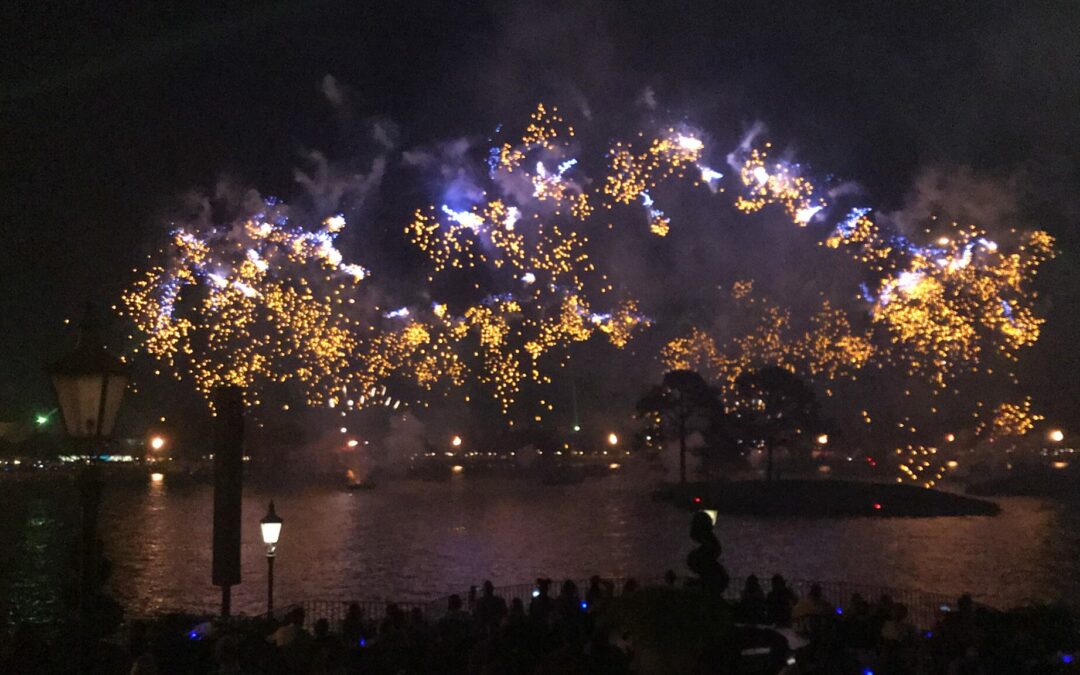 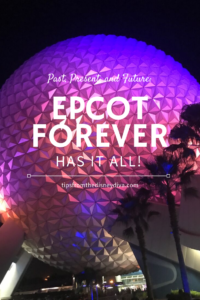 I remember decades ago when I first visited Epcot and my husband took me on Journey into Imagination. (Back then, Figment didn’t get mentioned in the attraction’s name.  Now, of course, it’s called Journey into Imagination with Figment.)   I thought that little purple dragon was kinda cute and admired how he encouraged us to use our imagination.  But I have to admit, over time, as more and more high-tech and immersive experiences became available, our visits to Figment fell to the wayside.

And then I saw Epcot Forever. From the very first moment, from the opening words of the Sherman Brothers’ inspirational song, “One Little Spark,” and that one little burst of fireworks over World Showcase lagoon, I was hooked.  All those memories of Figment and the wonder he inspired came flooding back.  And the magic continued for the next 12 minutes.

As part of Epcot’s multi-year reimagineering, the beloved nighttime show of IllumiNations: Reflections of Earthended September 30, 2019. For many guests, it was the only nighttime show they had ever known at Epcot, and saying goodbye was hard. Epcot Forever was created to keep us entertained until the new show, HarmonioUS, debuts later in 2020.  But this show is so much more than a “filler.”

Epcot Forever takes guests on a nostalgic journey of Epcot’s past.  The combination of music, lights, lasers, kites, and clips of Walt himself talking about his vision for Epcot make for a mesmerizing show. We get to recall attractions and music that captured our imaginations once-upon-a-time as well as build on our imaginations of what’s yet to come.

One of our family’s most magical Walt Disney World vacations was to ring in the new millennium around the world as we spent New Year’s Eve 1999 at Epcot.  My children still recall that visit and have passed on our family’s stories to my grandchildren. So, when Tapestry of Nations – the theme of Epcot’s parade back then (yes, there was a parade then!) – began playing, I may have cheered a little too loudly. It was all just so wonderful!

There are several other references long-time “World Travelers” of Epcot will recognize.  Do you remember “Veggie, Veggie, Fruit, Fruit’?  Or “Makin’ Memories”?  Universe of Energy? World of Motion? If you do, you’re going to love this show! 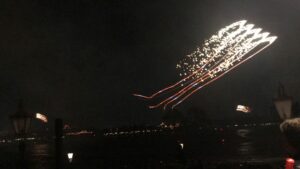 But not everything in Epcot Forever is about the past.  There are plenty of high-tech, futuristic pyrotechnics and lasers!  One of the most anticipated aspects of this show was the use of illuminated kites and jet-skis. What better way to incorporate this exciting element than with the music of Soarin’? The kites change color to the music as they literally light-up the night while soaring across the sky, pulled by jet-skis. They eventually even shoot their own fireworks in a dazzling display.

The show ends with the song “A Whole New World” from Aladdin.  Since the show’s theme is the past, present, and future of Epcot, it’s not a surprising choice.  Some have criticized Aladdin’s tenuous connection (other than a character meet-and-greet) to Epcot, but given the vast changes happening here, it will be a “whole new world” when Epcot’s transformation is complete.  I think it fits in the show just fine.

I’d definitely recommend seeing Epcot Forever if you are visiting in the next year. If you’re not going to be able to see it in person, you can put on your favorite set of Mickey ears and check it out on our YouTube channel, here.  If you are lucky enough to see it, I’ve got some tips for you!

Of course, my best tip is to contact Patricia at All for Dreams Travel and let her help you plan your family’s trip to Epcot!