Planning for the Dining Plan at Walt Disney World 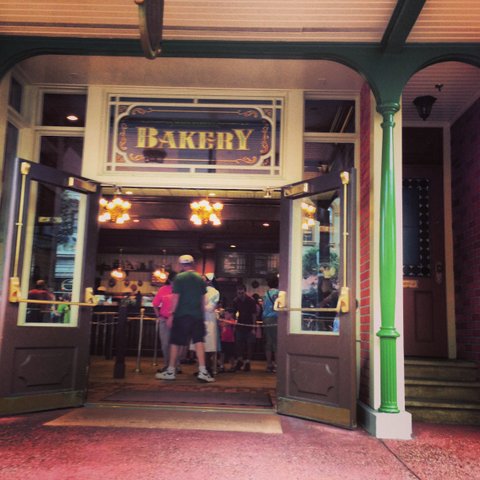 Last year my family and I decided to stay at Bay Lake Towers and purchase the dining plan.  We were with 2 other families who were staying at All Star Movies and the Caribbean Resort.  In order for it to work for us, we all needed to do the plan otherwise we might not have eaten together.  Why did we decide to do a dining plan? Well, I have found I eat way healthier and more organized on the dining plan.  It started as a way to pre pay all our food so it wasn’t a financial concern, but it ended up being the best decision we could have made in so many ways. 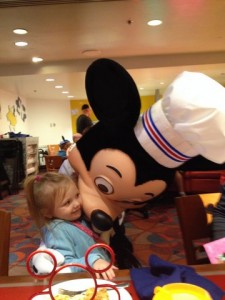 To begin with I wanted to book the character dining. I knew I wanted something Mickey (of course), something with Princesses and I was very intrigued by having lunch or dinner with the beast.  After investigating of all the different restaurants, I decided to book Chef Mickey’s for dinner. It was convenient as far as location went and if we tied it in to a day at the Magic Kingdom our fellow travelers could walk with us from the park or we could choose the monorail.  Either way it was quick and easy.  Planning it on a day that we went to the Magic Kingdom also meant I knew what day to pick my Magic Kingdom fast passes.  For the Princesses, I decided to do the Akershus Restaurant at Epcot.  Thus we tied it in to the day we wanted to go to Epcot making it easy.  We did a lunch which was perfect as we spent the morning slowly moving in the direction of Norway and the timing was perfect.  For my other character dining experience, I had wanted the beast.  I couldn’t get reservations even 180 days out.  It was probably due to the size of our party.  So we opted to plan to go to the lunch at the castle instead on the day we were at the Magic Kingdom.  The lunch line up begins about 10:30 am and you can now get fast passes for this.  It was a great experience and when you finally go into the castle there were computers to order your food and open seating in the ballroom. Your food magically appeared beside you.

Once I had the focus of my dining planned out, I was happy because I knew our characters were taken care of and I had also covered the organization of what days we would go to Magic Kingdom and Epcot.  In retrospect, I would have booked these restaurants with or without the dining plan, but I found it helped put the whole trip in to alignment. 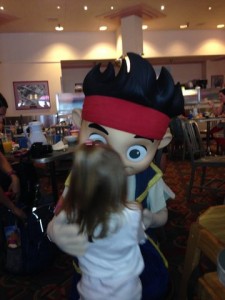 Next was the fun part. Instead of looking at my watch in the park and wondering what the heck we were all going to eat for lunch or dinner as time was ticking, I had my reservations.  I planned out what day we were going to go to Hollywood Studios.  At Hollywood Studios there are amazing dining establishments and I knew I couldn’t go to them all this trip BUT I was excited to try a few of them knowing that they would be covered under the dining plan.  If I didn’t have the dining plan, I wouldn’t have tried them and we would have probably grabbed a hot dog instead (uh not the greatest).  We would never have gotten in as a party of 6 last minute so would have had no choice.  So what did I pick at Hollywood Studios?  First I booked a lunch at the Sci Fi Dining. Would I have done this normally?…. no. But honestly I didn’t even know it was there!  It is a corner building and while it has a sign you just don’t know how amazing it is until you are inside.  From wanting to use my dining plan credits I searched all the details of each restaurant and was pleasantly surprised at the description and once there it didn’t disappoint.  Then I also booked a breakfast over at Hollywood and Vine.  WOW! So fun for children that love Disney Junior.  A huge assortment of food on their buffet and Jake and Agent Oso (among many) visiting your table in between bites.  My daughter LOVED it!  Again would I have spent the money to do this otherwise.  No probably not.  But now that I will always do the dining plan you bet I will be back.

I am a big Starbucks fan so this is where my snack credits became amazing.  I could get so much for my snack credits.  At Starbucks you technically could use a snack credit for breakfast if you just wanted a bagel.  And you can get a venti drink that is normally well over $5 as a snack.  We actually had so many snack credits left over at the end of our trip that we grabbed a bunch of Starbucks snacks for the plane.

We ended our trip with left over snack credits (mentioned above and used at Starbucks) and a couple of extra dinner credits.  We decided to do an impromptu dinner at Bay Lake Towers dining at the California Grill.  Again, a restaurant tucked away in a corner that unless I was trying to use up my dining credit I would never have found.  A 5 star dining experience that perhaps 6 tired Disney people couldn’t fully experience to its full potential.  But none the less it was part of the dining plan and was amazing.

Is Disney Dining Worth the Effort?

The highlight of my dining was going for an adult style dinner in Epcot at the French restaurant Chefs De France. It was amazing and felt like we were in Paris.  Awesome French waiters and the food was amazing.  Again would I have thought of this if I wasn’t on the dining plan.  Maybe….when I was standing outside of it and the hostess was telling me there is no room for 6 people.  This is a  huge reason to get organized and do the dining plan.

Overall if I were to add up the bills of all these restaurants, we definitely surpassed what we paid for in the dining plan.  But it does take effort to organize it all.  However, it is so worth it in the end!   Your whole Disney experience is so much more fulfilling when you are organized and there is no stress about getting in to dinner at a restaurant.  People always comment that Disney has no good food and its all burgers, fries and snacky food.  I beg to differ after my amazing dining plan experience.

As a final note, I do want to make note that we were traveling with a person who has celiac problems  in our group.  Every time I made a dining reservation I noted it in the comments.  And every single restaurant the chef came out and talked to our friend and in most cases made separate food for him.  It was an amazing experience for him who normally just sits back and watches others eat and barely gets any choices.

Next time you do Disney and are staying onsite try the dining plan.  It will be fabulous!