The return of the Main Street Electrical Parade at Disneyland! 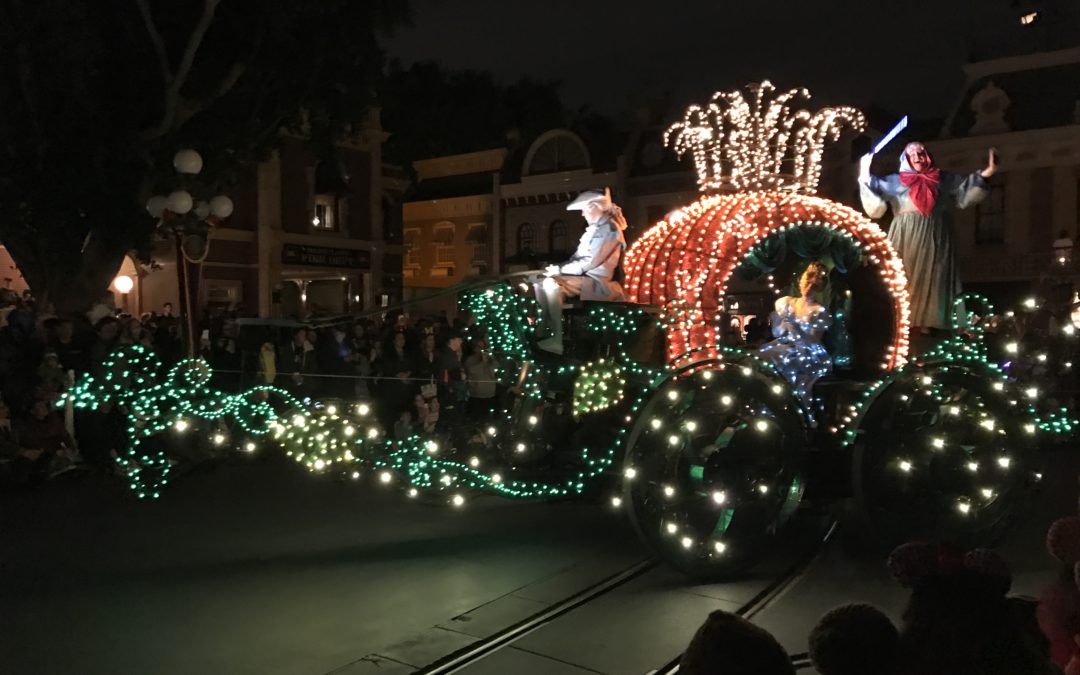 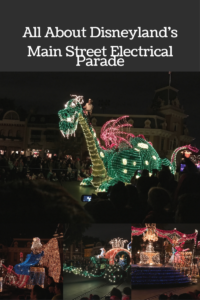 I know that there are many Disney fans out there who know about and/or have seen the Main Street Electrical Parade, but for those of you who don’t here is a little brief history about this iconic Disneyland parade.
Then I’ll tell you all about seeing the parade again just days after it’s return from 20 years of retirement! 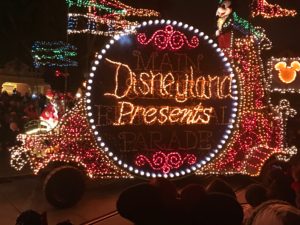 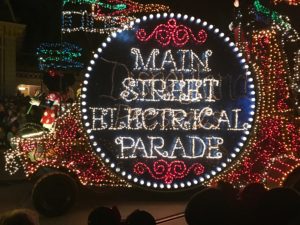 At Disneyland, the Main Street Electrical Parade premiered June 17, 1972, and had its final performance on November 25, 1996. No the parade did not run for 25 summers. It was off for a few years in the ’70s and a couple of years in the early ’80s.
Most discontinued Disneyland attractions go away quietly. Some have announced closing dates. Others just close at the end of a summer season, and never reopen. The Main Street Electrical Parade was sent off in 1996 with a big advertising campaign. I remember while visiting my grandparents back in 1996, I saw a full page poster of “Goodbye to the Main Street Electrical Parade” in the Orange County Register (the local newspaper in the Anaheim area), pulled it out of the newspaper and then laminated it!  I was surprised as I went digging through my garage recently that I actually still have that laminated newspaper poster in my “trunk of past treasures”.
I guess I wasn’t the only one who didn’t want that parade to leave in 1996 because guest response was overwhelming that they extended the ending date.  Originally scheduled to have its last public performance on October 15, Disneyland management had to extend the parade until November 25 to meet the demand.

While the parade did bounce back and forth from Walt Disney World to California Adventure and back to Walt Disney World over the next couple of decades, it never returned to  Disneyland’s Main Street… until now.

On January 20, 2017 the Main Street Electrical Parade was pulled out of a 20 year retirement and on the Main Street of Disneyland once more for us all the enjoy (and to get that song stuck in our heads)!  I was lucky enough to enjoy the parade just three days after it’s return with my own family!  It was old, familiar, new and exciting all at once. I remember the last time I saw the parade I was a very young teenager, and I’m sure I never thought I would be standing there 20 years later watching this particular parade with my own children.

It was fun watching this parade of lights and hearing the melody of “beeps and boops” to its catchy theme song.  It was just as I remembered it along with a few new sights.  My daughter especially enjoyed the dancers that performed between seeing a few of the main parade items.  There are even a few special treats to celebrate the come back of this iconic parade. I spied this special chocolate hazelnut tart in the Starbucks on Main Street they were selling. 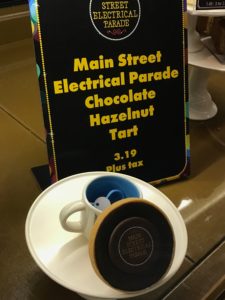 Diva Tip: After viewing the parade a few times, I found (in my opinion) that the best places to view this parade is at the very end on Main Street.  We were able to find a spot inside the circle surrounding the flag pole at the very end of Main Street. It was an awesome spot! It did take a little while for the parade to make it down there, but it had a great view of the whole parade. Also it was easy for us to grab a snack for the kids while we waited for the parade to begin and made it easier to exit the park once it ended. If you would rather try the special reserved seating for the Main Street Electrical Parade, you can read about Allergy Mom Diva’s tips on the Blue Bayou Dinner Package here.

This is definitely a parade that will be a wonderful memory that everyone should try and see at least once on their next trip to Disneyland. 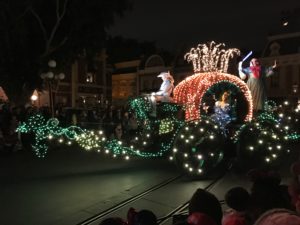 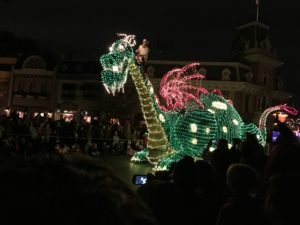 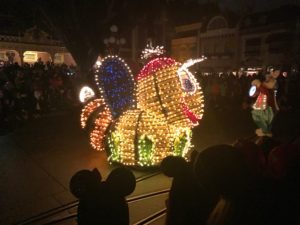 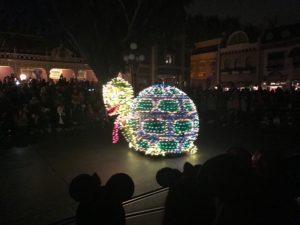 Ready to book your next vacation and check out the Main Street Electrical Parade for yourself? Contact Patricia at All for Dreams Travel for FREE help planning your vacation!