The First Race of the 2012 Princess Half Marathon has finished and we are eagerly anticipating the start of the kids races and the Princess Half tomorrow morning.

The race started, as always, WITH A 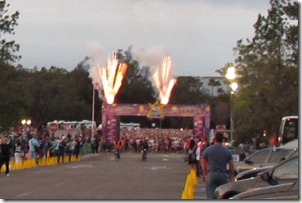 We just happened to be in a GREAT SPOT as all the runners were coming PAST us! So I was holding up this sign as 5000 runners came past! And there were a ton of them! All in great costumes and many pushing strollers. 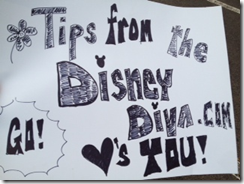 This year’s race was hosted by Rapunzel and Flynn Rider and, my husband tells me, began with Flynn riding MAXIMUS! Very cool! 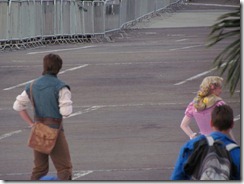 Along the race route characters are stationed for runners to take pictures with and my husband tells me this year had Shang and Mulan together as well as other “sweethearts”.

As we waited at the finish line for the first finisher to cross 1000s of friends and family members cheered from the stands and the announcers kept us posted on where the lead runners were in the park. 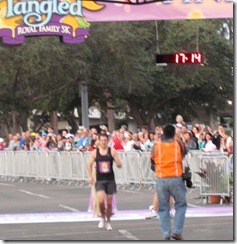 I kind of felt sorry for him to be honest because the weekend is so heavily women-centered the announcers almost seemed irritated that it was a male and not a female crossing the line first. Especially when he was a full minute faster than the second place runner.

But I did think it was interesting that they noted that the first finisher and the last finisher ALL get the same race medal.

Not long after we had our first female to cross the finish line and they made a celebration of it! 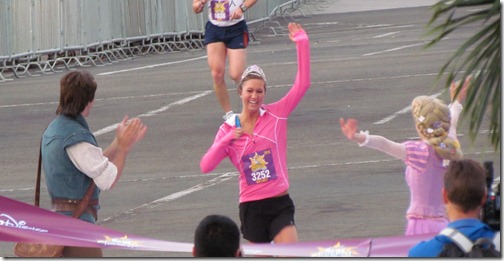 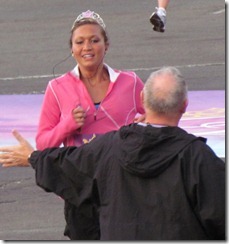 She WAS fast! And look, not a hair out of place. That’s how we Princesses roll! 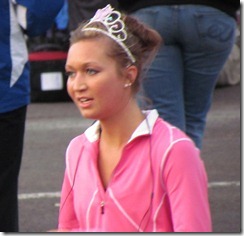 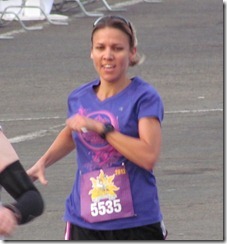 We even made a big deal about the first woman to cross in a tu-tu! 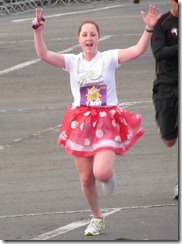 And, of course, the finishers just kept on coming. Can you find someone you know in these shots? 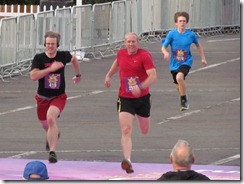 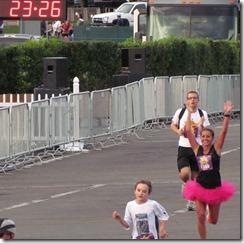 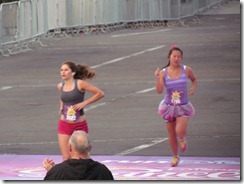 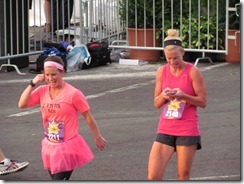 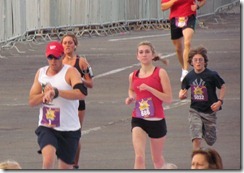 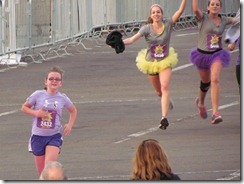 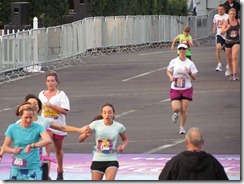 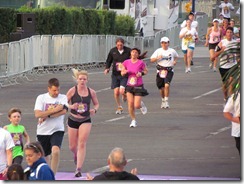 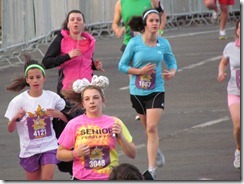 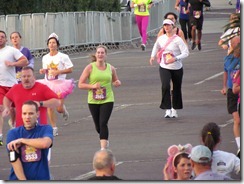 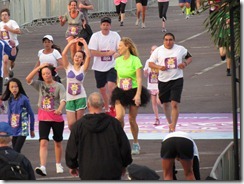 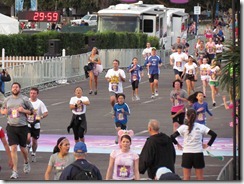 As I was taking a random picture of people crossing the finish like I realize. 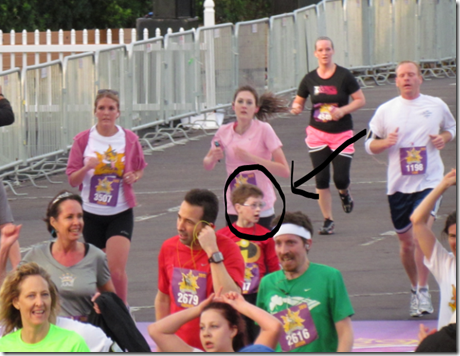 This is made even more amazing by the fact that it is STILL UNDER THE 30 MINUTE MARK!!!!

AND that means he is running sub-10 minute miles in a huge crowd. Pretty impressive for a 9 year old. Wouldn’t you say? 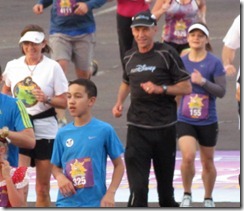 And then I got REALLY EXCITED because they announced about 30 seconds LATER that JEFF GALLOWAY, official run Disney marathon training consultant, was just crossing the finish line. 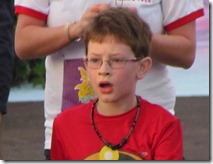 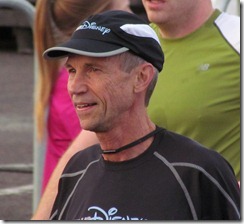 I faster than HIM

Which pretty much MAKES MY LIFE COMPLETE!!

Oh and by the way he SMOKED his papa (dad) by as much as 4 minutes!

So a good time was had by all! The race was a huge success and I’m loving doing coverage for my site, Chip & Co and Sorcerer Radio. Tune in to Sorcerer Radio online to get live updates from all the races from me! http://srsounds.com/joom_15/

Wish me luck as I run the Princess Half Marathon Tomorrow! Wish you were here!!