By now, you’ve likely heard the news. Disney has acquired Lucasfilm. So I thought we’d look at the store where you can now buy some great DISNEY merchandise.

.
Tatooine Traders is found next to Star Tours in Disney’s Hollywood Studios.
. 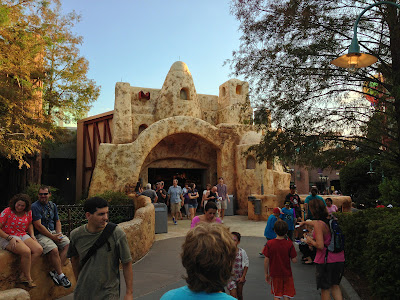 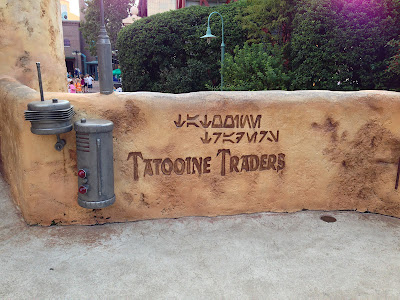 Even if you aren’t looking for Star Wars merchandise, if you ride Star Tours, you exit directly into this store.
. 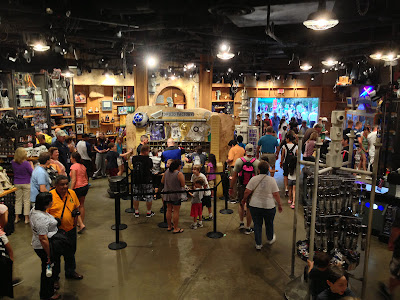 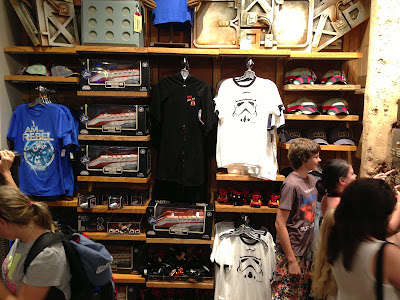 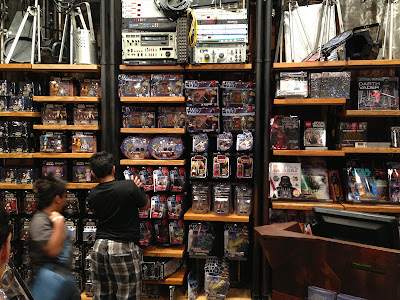 .
…as are higher end collectibles, such as lithos and figures.
. 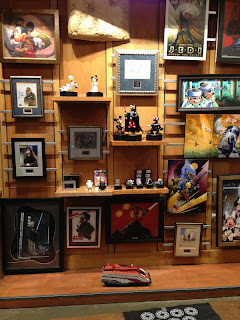 .
But there are some really great and unique opportunities here, that are attractions unto themselves, such as the station where you can  build your own Lightsaber.
. 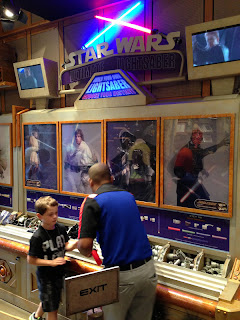 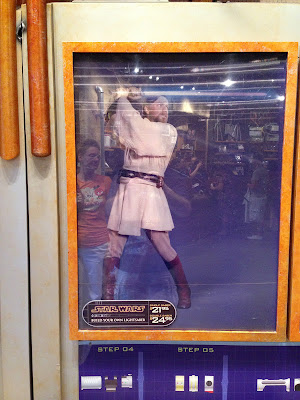 .
There is also a Droid Factory where you can construct your own Droid! 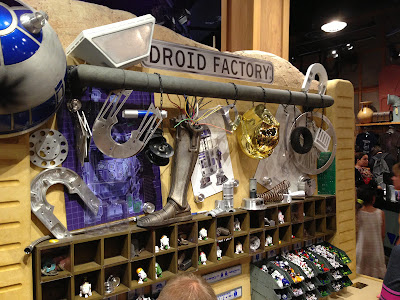 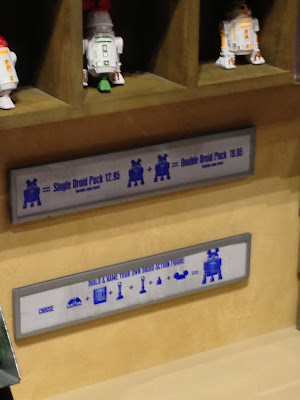 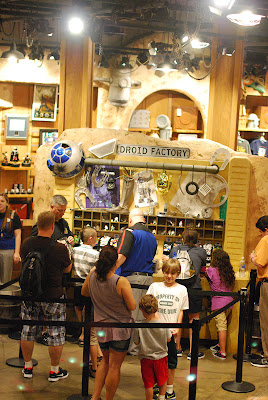 .
So, if you’re looking for some great Star Wars merchandise for you or your beloved Jedi’s, or, yes, Sith’s, Tatooine Traders IS the store you’re looking for.
.
Nick is co-writer of the Disney Musings Blog with his wife, Barbie.
Share this...