Should I take my toddler to Disney’s Hollywood Studios? 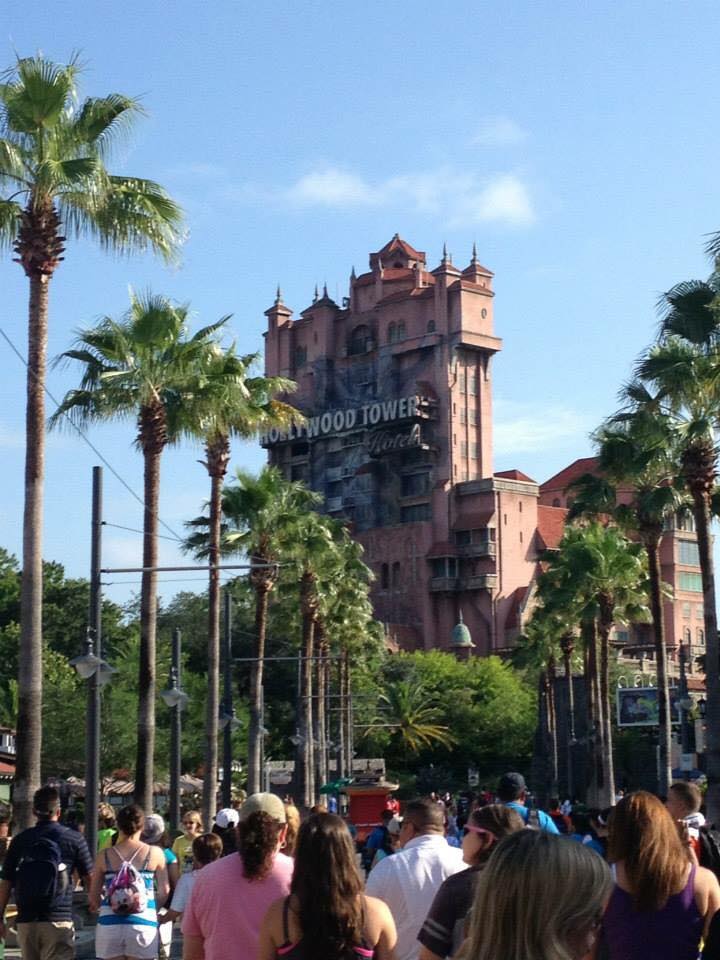 The question of whether or not younger children will enjoy Hollywood Studios is one that I hear over and over again.  When it comes to choosing which parks to visit, I think a lot of people take the rides into consideration more than anything else, which is why parents of little ones tend to question how Hollywood Studios will work for their family.  I can tell you without hesitation that during my children’s first trip to Disney World when they were 4 and 2, Hollywood Studios might have been their favorite park!

Now don’t get me wrong, a LOT of Hollywood Studios is very teen and adult friendly.  Rides like Aerosmith’s Rock ‘n’ Roller Coaster and Tower of Terror are most definitely not toddler-friendly.  And really, the only true kid-friendly ride at Hollywood Studios is Toy Story Midway Mania which happens to be my family’s all-time favorite ride!  It’s a fabulous 3-D ride where you compete with your riding partner to play a bunch of fun carnival games.  All of your child’s favorite characters are there, and you even get to interact with a talking Mr. Potato Head while standing in line in the queue.  But all rides aside, there is a TON of stuff for those under 6-years-old to enjoy! 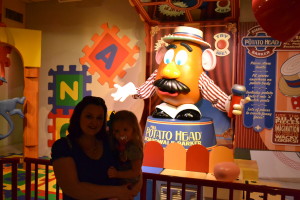 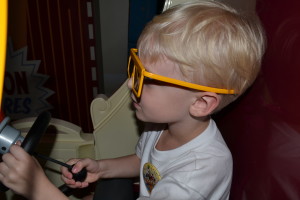 First of all, CHARACTERS!  The list of characters you can meet at Hollywood Studios is seemingly endless!  This is the only place to meet Buzz and Woody together—in their special meet and greet location (inside—woohoo!) across from Toy Story Midway Mania.  Other characters that are usually available for hugs and maybe an autograph or two are Mike and Sully from Monsters Inc., Phineas and Ferb, Lightning McQueen and Tow Mater, the Incredibles and Frozone.  Hollywood Studios is usually the place to find the newest Pixar movie characters as well.  Wreck-It Ralph and Vanellope were briefly available for a photo op around the time of the movie’s release.  Hollywood Studios is the coup-de-grace of Disney Jr. character meet and greet spots.  I’m talking Jake (from Jake and the Neverland Pirates), Doc McStuffins, Sofia the First, maybe even one or two of the Little Einsteins. There is also a Disney Junior character meal at the Hollywood and Vine restaurant for breakfast and lunch. 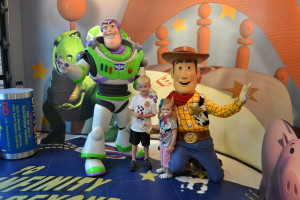 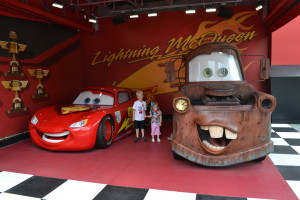 And while I’m on the subject of Disney Junior, this is the place to find the Disney Junior LIVE on Stage show.  This fun, interactive puppet show melds Mickey Mouse Clubhouse, Sofia the First, Doc McStuffins, and Jake and the Neverland Pirates into one fun-filled puppet show that will have your toddlers singing, dancing, and begging for more.  My kids adored this show.  I will warn you that pretty much all of the seating is on the floor—kids and adults.  But it’s totally worth it.  And, once again, it’s inside in the air conditioning.  And the Disney Junior show isn’t the only fabulous show Hollywood Studios has to offer.  There are tons of shows for the whole family to enjoy.  The Voyage of the Little Mermaid is a 17-minute Broadway-esque show that will really make you feel like you have gone under the sea.  And speaking of Broadway-esque shows, The Beauty and the Beast Live on Stage show is not to be missed either.  If you think your toddlers can handle some more extreme shows, then you can check out the Indiana Jones Epic Stunt Spectacular and Lights, Motors, Action! Extreme Stunt Show.

There are also some really kid-friendly spots to grab a bite to eat.  As I mentioned above, the Disney Junior Play and Dine character meal at Hollywood and Vine is a must for the preschool group.  You can choose either a breakfast or lunch buffet with Sofia the First, Doc McStuffins, Handy Manny and Jake complete with pictures and a dance party.  And for the Toy Story lover, check out Pizza Planet for some yummy pizza and a few arcade games.  Insert a green alien “Ooooooo” here.  And let’s not forget the epic cupcakes at Starring Rolls!  Oh, my chocolaty-buttercreamy goodness! 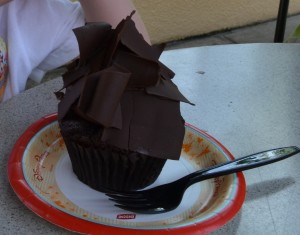 The newest addition to the Hollywood Studios lineup is all things FROZEN!  Any and all Elsa and Anna-loving princesses will love every minute of For the First Time in Forever: A Frozen Sing-a-Long.  And your Olaf-loving little guys will probably enjoy it too.  (My apologies to all the parents out there who are ready to let go of “Let It Go”.)  And if you really do wanna build a snowman, then you can head on over to Wandering Oaken’s Trading Post and Frozen Snowground.  It’s THE spot for Frozen merchandise, a snow-filled photo op, some cool refreshments, and a little playtime in the snow.

And if your children are not terrified of fireworks (my kids hate them because of the noise), then you will want to get a good seat for Fantasmic—the epic fireworks display with characters and excitement galore.  I mean, what better way to end a day at Disney than with Mickey and fireworks?!

So, if you are considering whether or not to take your littles to Hollywood Studios, ask yourself the following questions:

If you answered yes to any of these, then Disney’s Hollywood Studios is not to be skipped.  The only other thing I would urge you to consider is your child’s feelings about rides vs. characters.  When my kids were toddlers, they enjoyed the character interactions just as much as the rides which meant that they were pretty happy with our day at Hollywood Studios.  As they have gotten older, the rides have become more of a priority.  If your child loves hugging as many characters as possible, then they will love this park.  If they want rides, rides, rides, then Hollywood Studios might leave them a little disappointed. Either way, I would advise you to get a FastPass+ reservation for Toy Story Midway Mania AND ride it first as soon as the park opens.  The only thing better than a ride on TSMM is TWO rides on it!

For help planning your vacation, contact Patricia at All For Dreams Travel.