Should You Use FastPass+ For Parades and Shows at Walt Disney World? 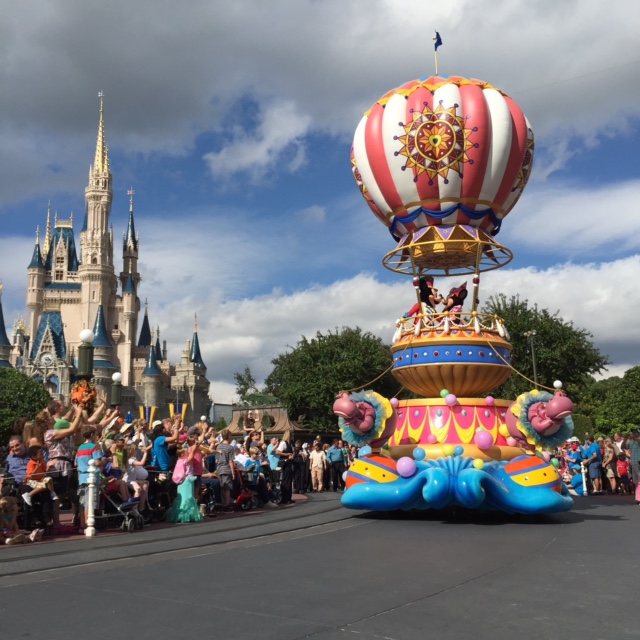 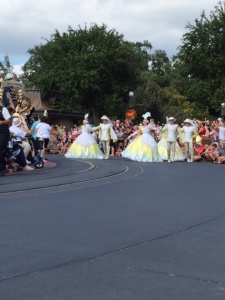 I’ve been asked a lot lately if it’s a good idea to use FastPass+ for parades and shows.  The answer is – it depends!  If your main mission on any given day at a Walt Disney World park is to experience as many rides and attractions as possible, theoretically you’d want to book your first three FastPasses for use as early in the day as possible so you could then book more FastPasses (based on availability).  It would be counterproductive to book FastPasses 60 days ahead of time to experience attractions/shows later in the day – for the Festival of Fantasy Parade in Magic Kingdom at 3:00 pm or for Illuminations in Epcot at 9:00 pm for example. 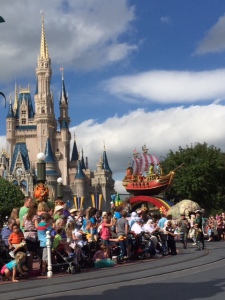 What if arriving early to pack in the maximum number of attractions was not your main objective, though?  What if you wanted to spend the majority of your day at, say, your resort pool or enjoying brunch after a round of golf, or treating yourself to a spa treatment and lunch at a resort?  What if you just didn’t want to take the time to stake out a great viewing spot for your favorite parade or nighttime show?  Maybe you want to show up at the last minute and still be able to see the action.  Then booking a FastPass for those shows would be a real benefit. 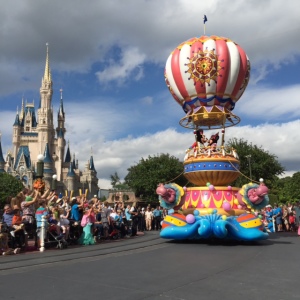 Our most recent trip to Walt Disney World offered us a couple of perfect opportunities to find out first hand how FastPasses for parades and shows could work very well depending on a particular day’s plans.  One day we’d planned to spend the morning at our resort and visit the Magic Kingdom later in the day.  We booked our three FastPasses to use during the afternoon hours and made the Festival of Fantasy Parade one of our choices.  The parade viewing area is on the hub directly in front of Cinderella Castle and there is plenty of room for a front row view!  Sadly, the parade was rained out that day and we didn’t get to use our FastPass.  The Cast Member assured us that we’d be given replacement FastPasses to use for another character-related attraction on the same day – we could have even met Elsa and Anna if we wanted or seen Enchanted Tales with Belle.  We did see the Festival of Fantasy the next day and arrived 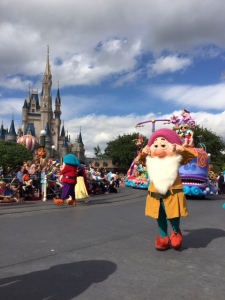 between 40 and 45 minutes before parade time to find a spot – we were across the “street” and further away (toward Main Street U.S.A. on the Tomorrowland side) from the FastPass viewing area and noticed people arriving at the last minute still had plenty of space.

Our next FastPass+ test was for Illuminations on a Friday night during Epcot’s International Food & Wine Festival.  We actually left Epcot after using a FastPass for Spaceship Earth to go back to our resort to take care of some departure details for the next day and then returned to Epcot with 10 minutes to spare before the beginning of Illuminations.  We went straight to the FastPass+ viewing area (on the 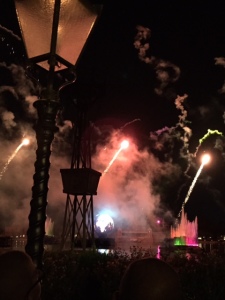 Future World side of the World Showcase Lagoon) and arrived about 5 minutes before show time.  While this was not what I would consider the most ideal place from which to watch Illuminations, being able to show up at literally the last minute was perfect for us and so convenient!  Even if there’s a street lamp in every one of my Illuminations [UP] photos, we still enjoyed the show and the time-saving convenience of FastPass+. 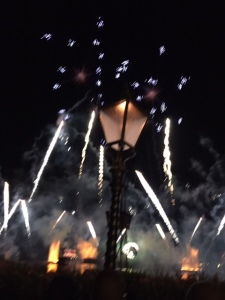