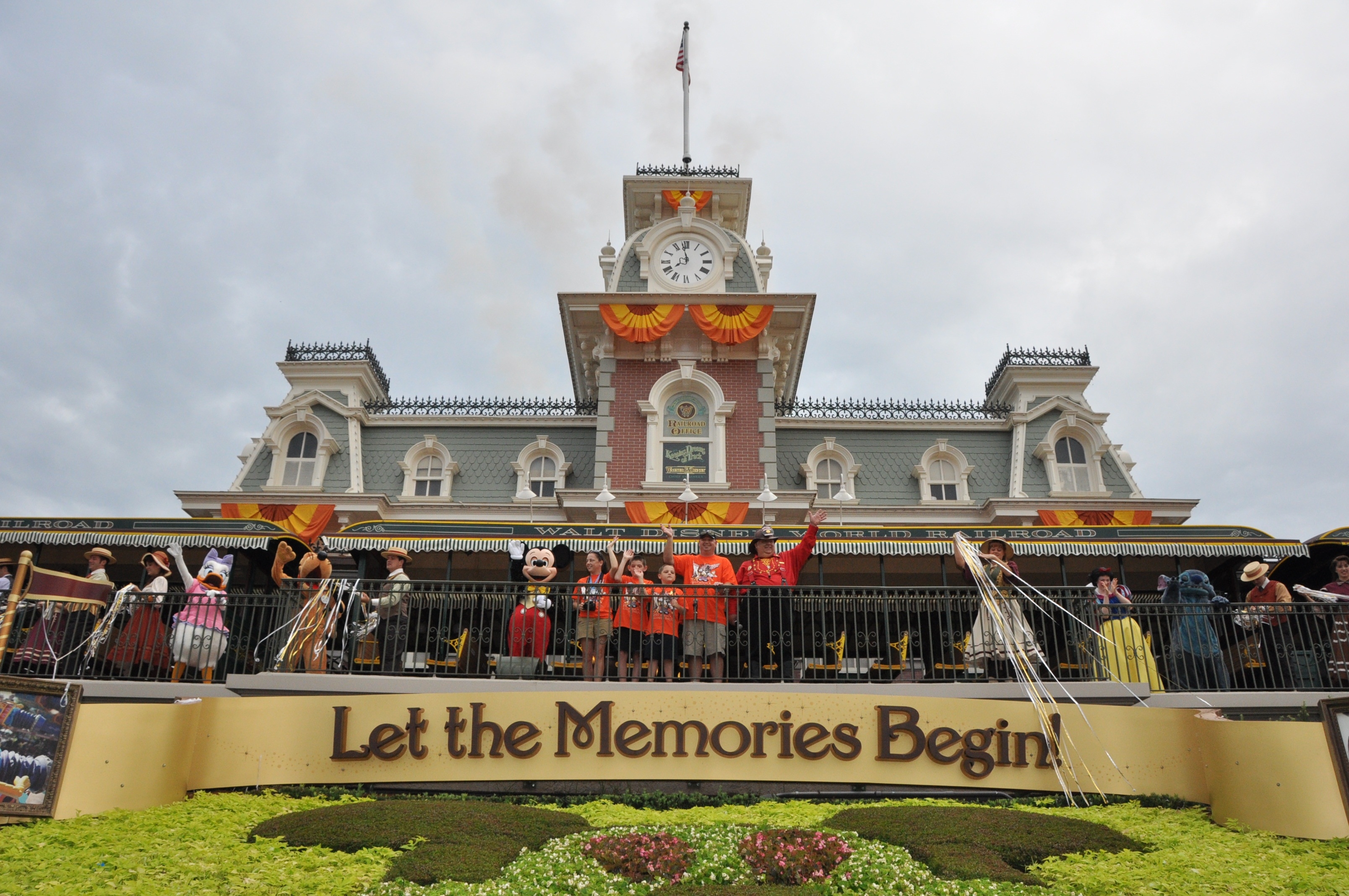 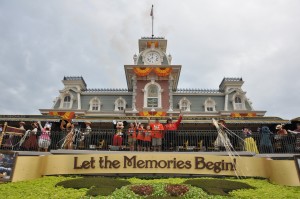 I’m pretty sure it’s no secret that I love Walt Disney World. I mean, I REALLY love Walt Disney World. What’s not to love? You have those wonderful characters from all your favorite Disney movies to interact with. You have more shows, rides and attractions to keep you occupied every single second of your vacation than you could possible imagine. You have such an abundance of delicious food to choose from, it literally takes months to figure out what you want to eat when you get there. And, of course, it’s the most magical place on earth.  So, yeah, I really love Walt Disney World.  That’s why you may find the title of this particular piece a little puzzling.  Is it possible that I would have pet peeves while on vacation?  Could it be, there are things that irritate me in the most magical place on earth?

The answer to that is an unequivocal yes!  Don’t even try to lie and say you don’t have them either, I think we all do.  Let me clarify, though.  My pet peeves don’t come from the Disney Parks, or Disney Cast Members, or anything associated with Disney.  They come from people just like me, who are on vacation, just trying to have a good time.

Before I get started on my top pet peeves, I’m just going to go ahead and let you know up front what I’m NOT going to list, strollers and scooters.  I know that many would list this as the number one, but the fact is, they are a necessity to some people.  As long as they are a necessity, they are not going on the list of irritants.  There are far too many people who need the scooters to get around and manage parks of that size to even put it on the list.  Now that that is out of the way, let’s get started on my list, in no specific order:

The Stop and Gawker’s:  You know who I mean.  Those people who have spotted something amazing and become so dazzled, they flat out stop right in front of you on the pathway, causing a near collision.  Yeah…if you could just move to the side to stare at that parrot flying…that would be great. 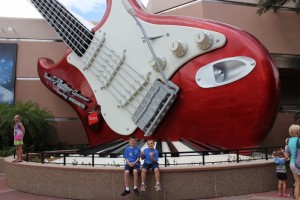 The Line Cutters: You have been standing in the 92 degree heat for 25 minutes already, and have made it to the door of the building which houses Rockin’ Rollercoaster, and suddenly a group of teens comes up behind you trying to squeeze their way past to get to the rest of their party.  The party who has been saving their place because they were riding Tower of Terror while you were leaving a puddle trail of sweat behind you as you slowly wait for your turn to ride in one of Steven Tyler’s limo’s.  Mmmm hmm…I’m calling party foul on this one.  Not cool. 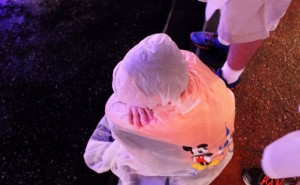 Staked out our a spot for the parade early!

The Last Minute Parade Attendees: This one irritates me beyond belief.  If my family has a desire to see a particular parade, we make sure to stake out our spot early.  We sit on that very hard and uncomfortable concrete to ensure we have a great viewing area.  Then a family comes up about two minutes before the parade starts and expects us to move to give them prime seating?  I don’t think so.  My behind is already sore from staking out my spot on the concrete, you don’t want me to get any crankier because of your, “I paid a lot of money for this vacation, so I should get special privileges” attitude.  News alert:  Ever single guest at the park paid a lot of money for their vacations, not just you.  Try a little courtesy.

The Personal Space Invaders: I’m not sure how many of you have experience with this particular gem, but I know I have.  I understand that the “World” is filled with a variety of people from many nations and cultures, and that’s cool.  The thing about a lot of us, though, is that we LIKE our personal space.  I can’t stand when people invade my personal space.  Believe it or not, there are some people out there who aren’t very concerned with others personal space.  I remember standing at one particular parade, with a “gentleman” (I use the term loosely) standing right behind me.  As in, his body was touching every single inch of the back of my 5′ 1″ frame.  I was NOT a happy camper.  The parade was not so crowded and packed that this would even be necessary.  Finally, my husband had to tell him in a very firm tone that he most definitely needed to stop touching me.  I’m so thankful my husband can be an intimidating person to those who don’t know him.  The man immediately apologized and backed off.  Another incident happened last year in, of all places, Voyage of the Little Mermaid in Hollywood Studios.  After my family and I seated ourselves, another family entered behind us in the same row.  The husband sat next to me, and proceeded to place his overly muscled, beefy arm on top of mine.  Keep in mind, my arm wasn’t even on the arm rest, I was fully contained in my seat, and he still moved his arm over far enough that it rested on top of mine.  Really?  His arm was literally on mine which was in my seat!  I just can’t even deal with people like that.  Can we just try to be a little respectful of the others around us?  Please?

I Think I’m Hilarious and I’m Going To Talk Really Loud So Everyone Around Me Can Hear How Hilarious I Really AM:  I think this one is pretty self-explanatory.  Hey you loud “hilarious” person, I have news for you.  You really aren’t funny.  No one thinks so.  Not even that poor Cast Member you are trying so hard to impress over there. 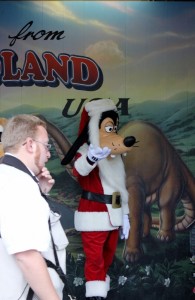 The PhotoPass PhotoBomber: This is in reference to those who don’t pay attention and walk right between the PhotoPass photographer and the family they are trying to take a picture of.  Okay, I’m not going to lie, I have been guilty of this.  Once.  When I realized what I had done, I felt absolutely terrible.  I make it a point of paying attention to my surroundings now.  Don’t be the one who ruined that beautiful photo of Great-Grammie Jones’ last family vacation photo.  Pay attention.

The “I’m at Disney World, It’s Safe, So I Don’t Have To Watch My Kids”:  Okay, it’s just pretty basic stuff here.  They are your kids.  That means YOU are responsible for caring for them.  No, I’m sorry, the Cast Members are not there to watch your kid while you ride a ride, or go to the restroom.  No, I’m sorry, just because I’m sitting on that bench, does not mean that I volunteer to babysit your child, whom I have never met before, for a few minutes while you run in a shop.  Watch your kids people.

The Rude Guest:  The one’s who think they have a right to treat Cast Members any way they please, because they paid for their ticket, and they can do what they want.  Nope.  Not cool.  The Cast Members work hard to make sure every guest is happy, treat them with the respect they deserve.

The Rule Breaker:  Sigh.  No.  Flash.  Photography.  Is it really that hard to understand?  Remain seated at all times.  FYI, that means DON’T stand up, causing the attraction operator to have to shut the ride down to make you sit down, causing an inconvenience to everyone else on the attraction with you.  Do not cross the roped off line.  Yes, that means you. 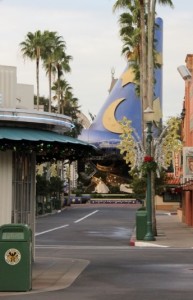 I count SIX trash cans in this one photo. I think there are enough trash cans for all of your trash.

The Litterbug: Really people?  There’s a trash can sitting every few feet.  You can’t make it four more feet to put that melted ice cream in a trash can?  Come on, give a hoot, don’t pollute!

So there you have it.  My top ten biggest pet peeves when on a Disney vacation.  Do you have any pet peeves you would like to share?  If so, comment now and let us know.  I’ll be honest, not a single one of these pet peeves is enough to ruin a vacation. I have so many wonderful memories of Disney vacations, not one of these irritations could be enough to dim the Disney magic.  No matter what happens, you are still at the most magical place in the world, so just enjoy it.