Sorcerers of the Magic Kingdom Game at Walt Disney World 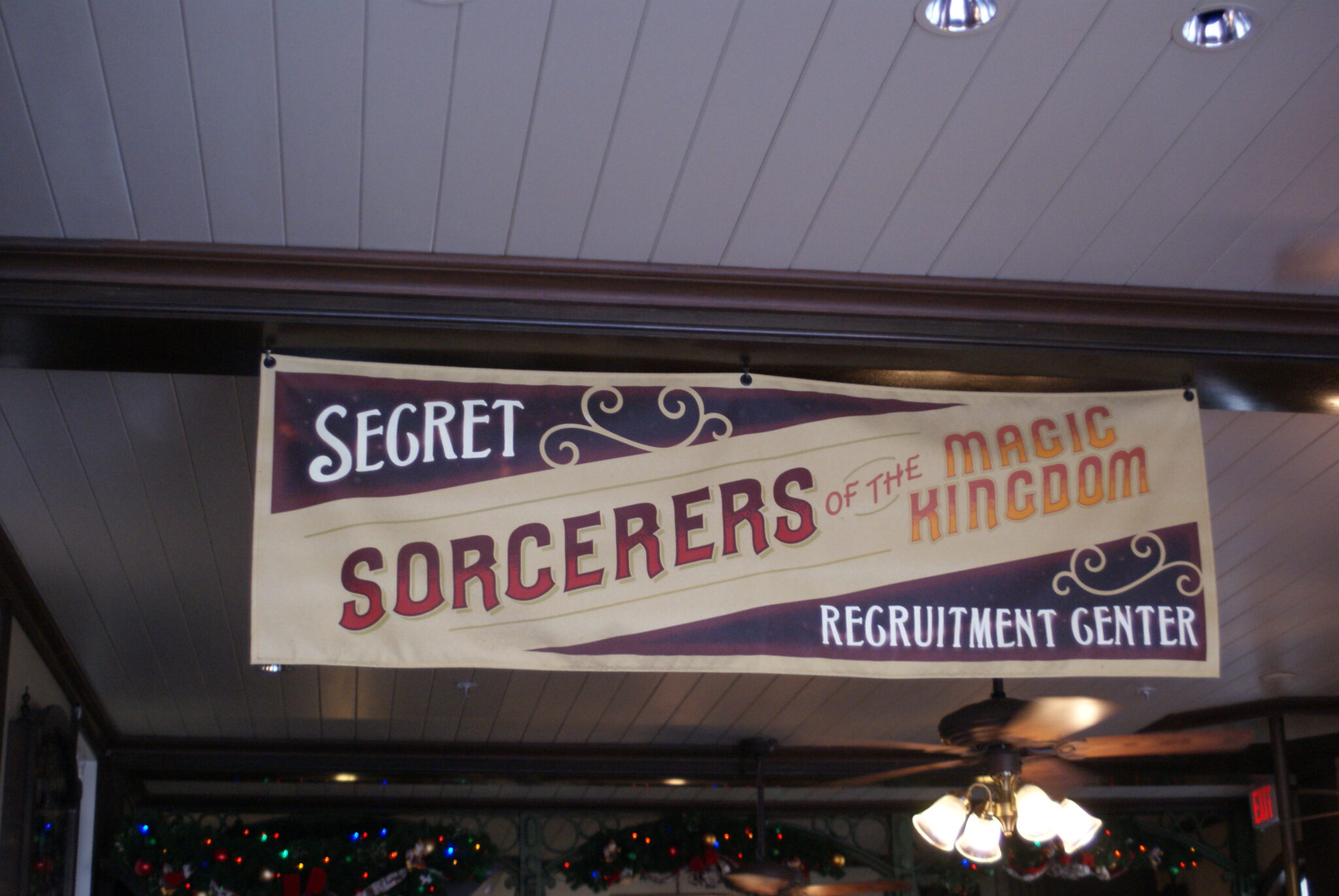 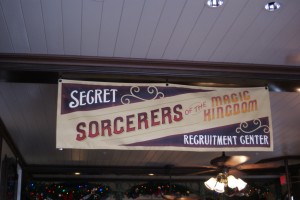 There is a fantastic game scattered throughout the Magic Kingdom and it’s not to be missed if you are spending several days at the WDW resort!!The Sorcerer’s of the Magic Kingdom is a great way to spend time at the parks for those who like a less intense day. If you have passion for Disney characters or villains specifically, this is the game for you! It is a great way to explore the many lands of the Magic Kingdom! The game stretches through Main Street, Liberty Square, Fantasyland, Adventureland, and Frontierland, basically everywhere except Tomorrowland. 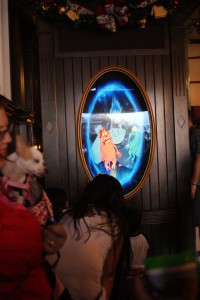 The first step to playing the game is to take your tickets to one of Merlin’s recruiting centers. Merlin from the Sword in the Stone is the main character. He is trying to combat Hades and his plan to recruit Disney villains to gather crystals to take over the Magic Kingdom by recruiting guests to help him fight the villains. At the recruiting centers (located at the Firehouse on Main Street next to City Hall and around the corner from the Christmas Shoppe in Liberty Square across from where Tiana meets and greets), a Cast Member will teach you how to play the game and hand you your portal key card, sorcerer cards and a map to show you where to go. They will tell you where to start and then the portals will guide you form there.

After leaving the recruitment center, you will head to the land where the Cast Member told you to start and open your first portal. Merlin will tell you that Hades is trying to recruit villains and at your first portal, you will find out who you are up against for your first round. You can play for as many or as few rounds as you want. You also don’t have to finish every round in one day. I have been playing the game since I got here. I have gone 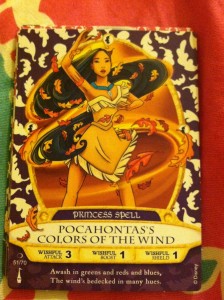 up against Maleficent and Facilier.

If you or your family member really loves the game, there is a version to play at home that you can purchase at the Art of Disney and the Frontierland Trading Post in Magic Kingdom. You can also purchase a binder for the sorcerer cards, which have become quite a collecting phenomenon. The best part of the game in the parks…IT’S FREE!! The cards, the key, everything, free of charge. It’s a great way to keep kids entertained between rides. Most of the portals are located near restaurants, shops or rides. It’s also a great way to make a few days in Magic Kingdom a lot less hectic. If you have the days to spare,I suggest taking a few days at MK and making this game part of them! Tips: Hold up more than one sorcerer card to defeat a villain faster! Ask the Cast Member to put all members of your party on the same path if more than one of you is playing. Get new cards every day when you start; as long as you open the portal you are supposed to and actually play the game, you will be able to get new sorcerer cards each day!