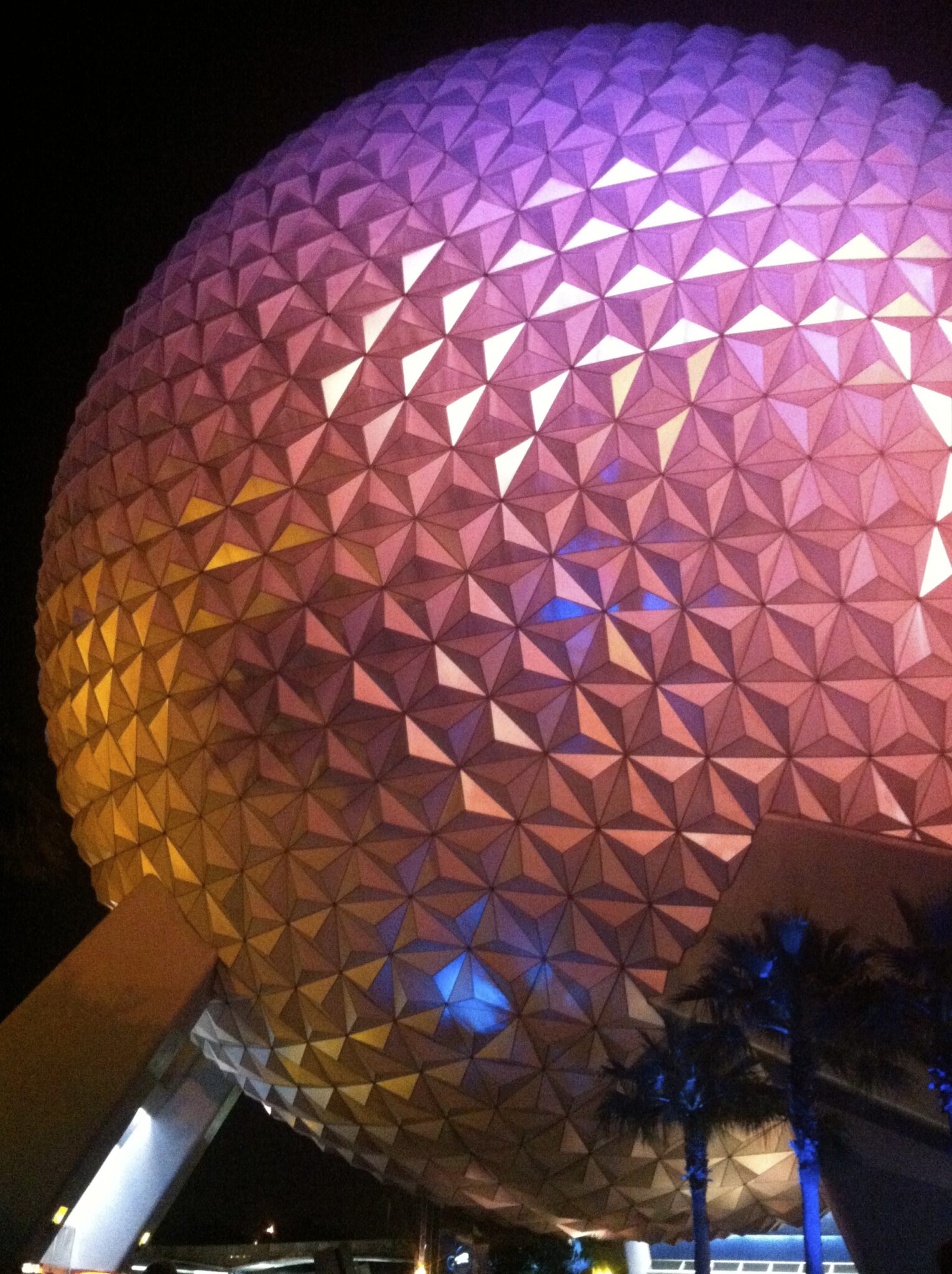 “Like a grand and miraculous spaceship, our planet has sailed through the universe of time. And for a brief moment, we have been among its many passangers….”

Spaceship Earth, affectionately known as the “giant golf ball”, was an opening day attraction at EPCOT Center. To this day it remains the park icon. The 18 story geodesic sphere was inspired by the icons of World’s Fairs of the past, and truly captures the many themes of Epcot.  The attraction inside has gone through many changes over the years, but the concept remains the same: the story of human communication. 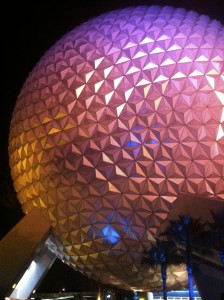 Spaceship Earth is an onmimover attraction, which means the cars continuously move at a steady pace. Guests board via a moving walkway, but the cars will stop to accommodate guests with special needs. The attraction features animatronics and narrations that tell the tale of human communication from the earlier prehistoric cave drawings through to the future ahead of us. The attraction has had several prominent narrators such as Walter Cronkite, Jeremy Irons and currently, Dame Judy Dench.

Your vehicle is a time machine, tracing important moments in communication throughout history, like the use of papyrus scrolls, the first modern alphabet and the printing press. Your vehicle climbs higher and higher to the top of the sphere, where you are treated to an astronaut’s view of planet Earth. After that, your vehicle will rotate backwards for your decent back to the ground. At this point, you are instructed to answer a few questions on a touch-screen in your vehicle. You pick preferences for your perfect future lifestyle, and a photo taken at the start of the ride puts you right there in the action.

After you disembark the ride, you can explore Project Tomorrow. The exhibit has several interactive games and activities themed to future technology, and even utilizes the photos you took on the ride.  Kids can enjoy playing the games for a while, and it’s a fairly uncrowded spot to get out of the Florida sun. 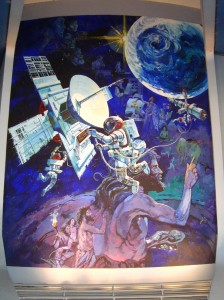 The ride is suitable for the whole family. It can get dark in some scenes, but other than that, most kids should have no problem with it. It is debatable, however, if they will be entertained by the subject matter. The educational information is presented in an engaging way, so it should hold their attention for the 15 minute ride. There is no height restriction, and it will usually have little to no wait on average crowded days.

Personally, Spaceship Earth is one of my all-time favorite attractions. It is traditionally the first attraction we go on when we arrive in Walt Disney World, and we will ride it several times a trip. On paper, a slow moving trip that chronicles the history of human communication, from cave paintings to futuristic spaceports, should be incredibly boring. Phoenician merchants and old timey newspaper boys in one ride?! Better wear two seatbelts for this one! So I admit, to some, it may seem dull, but I truly love this attraction. The scenes are incredibly detailed; there is always something new to discover. My favorite narrator has always been Jeremy Irons. The British gravitas in his voice combined with the swelling musical score gave such a dramatic flare to each scene. The new version has a few great new scenes and the interactive screens on the descent, but I still prefer the former narration and script. Despite this, it is still one of my favorites and a Disney World classic.