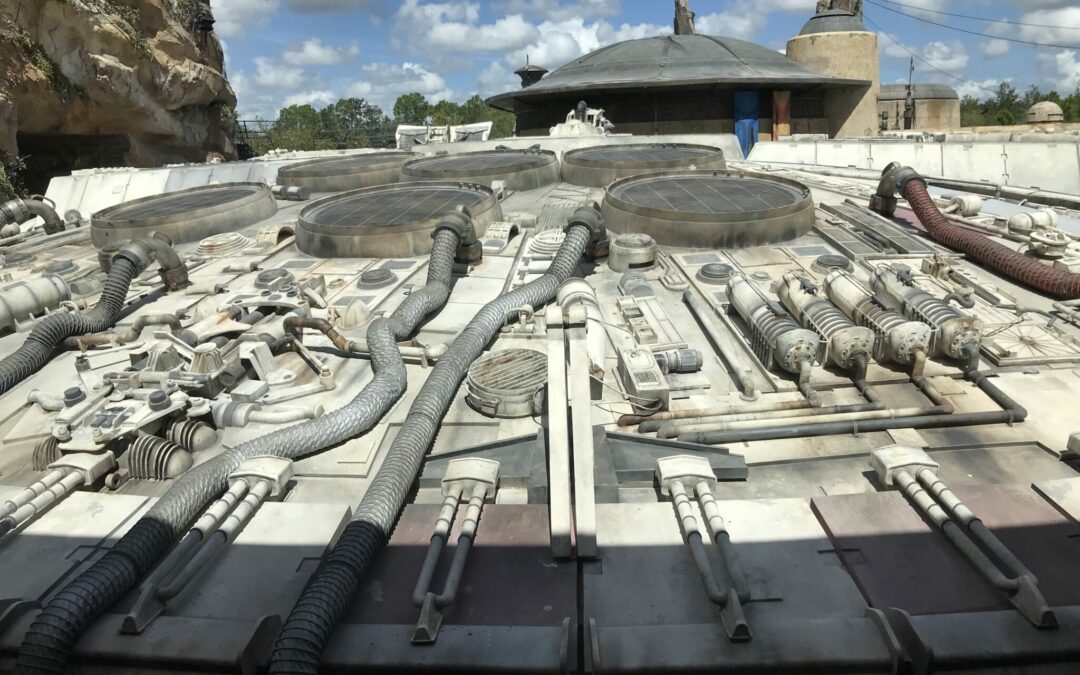 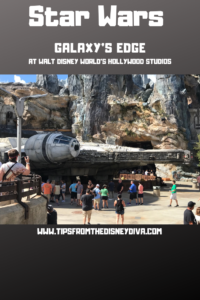 Unless you have been living on the swamp planet of Dagobah with Yoda, you are probably aware that Walt Disney World’s Star Wars Galaxy’s Edge is set to open to the public with one of its two rides operational on August 29, 2019. I’m sure many of you are aware that beginning August 16th, Hollywood Studios has been hosting Passholder Previews for Star Wars Galaxy’s Edge.  When emails went out to Walt Disney World Passholders, there was a very short window to register to attend the preview. I took a chance and managed to get my husband and I a reserved time slot for the Passholder Preview of Galaxy’s Edge. 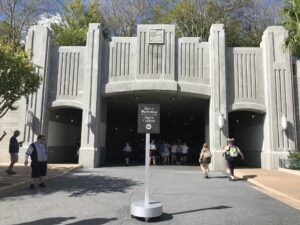 It was a crazy thing to do, but we flew down from Georgia to Orlando in the wee hours of the morning and made it to Hollywood Studios by rope drop. Our plan was to go to the preview, then fly back home that same evening.  This was the shortest trip to Walt Disney World we had EVER taken. Since our preview time was at 11:00am, we hit Slinky Dog Dash and Toy Story Midway.  From there, we did a little shopping, then decided to go camp out near the entrance to Galaxy’s Edge about thirty minutes early in excitement and anticipation.  Seeing the Cast Members admitting people, we thought we would see if they would let us enter a little early.  They checked our credentials, and to our delight, allowed us in twenty-five minutes before our scheduled time.  From there, we went to check in for our reservation to Oga’s Cantina, no one would be permitted in Oga’s without a reservation.  We checked in just before the tunnel that leads to Galaxy’s Edge.  They handed us a card with the time on it that we would be permitted into Oga’s Cantina. Didn’t get a reservation for Oga’s yet? Check out my article on how to score that hard to get dining reservation. 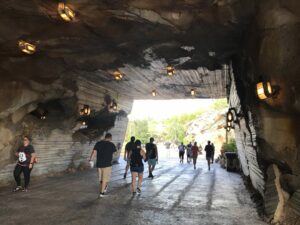 Since our Oga’s reservation time was 11:05am, and we were a little early, we took the opportunity to explore.  I won’t lie.  When we first walked through the huge rock tunnel, my breath caught in my throat.  Once through the tunnel, Hollywood Studios as we know it disappeared from all visual sight, and we were immediately immersed into the world of Star Wars and Batuu.  Once again, Imagineers have outdone themselves creating a world with every minute detail.

We stopped for a couple of PhotoPass shots on our way in.  DIVA TIP: There are several PhotoPass opportunities throughout the entire land. If you are anxious to ride Smuggler’s Run, hold off on stopping at every PhotoPass you see, there’s time for that after. Once the land opens to the public, lines will most likely be long, so it would be best to jump into the line for Smuggler’s Run first, then take advantage of PhotoPass.

From there we did a little exploring. We walked through the shops in The Market, we strolled through Black Spire Outpost and took in the atmosphere.  We did not take advantage of building a droid at the Droid Depot or creating our own light saber at Savi’s Workshop, the pricing was a bit high for us for these two events.  We decided to just stick to Oga’s, Smugglers Run, and exploring the land.  I hope I don’t blow your mind with the number of photo’s I’m about to dump on you, but trust me, this is a drop in the bucket compared to the pictures I actually took.  The details in Galaxy’s Edge are simply incredible.  Absolutely nothing was overlooked, from the water fountains to the trash cans. 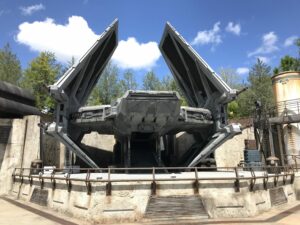 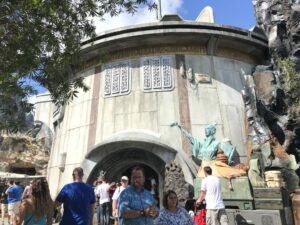 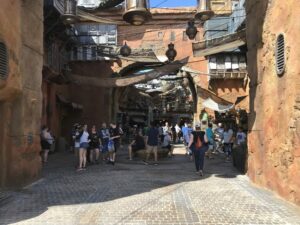 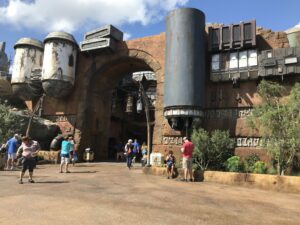 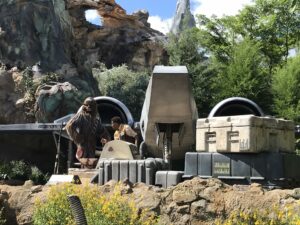 After exploring, it was time to get into the line for our Oga’s Cantina reservation.  We presented our cards that were given to us to a Cast Member, who then took our name.  When it was our turn to go in, our name was called and we were escorted in. 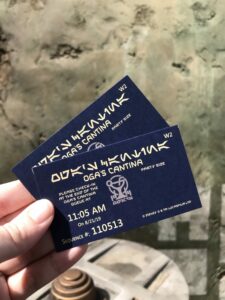 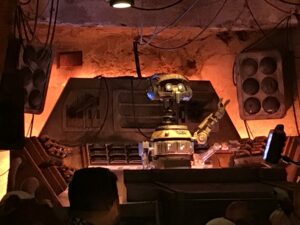 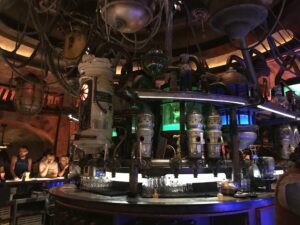 You will be given a set of rules before entering. The gist of it is, Oga’s is pretty much standing room only, there are a few tables and chairs, but not many.  When you are escorted in, it’s crucial you stay where you are asked to stand while a Cast Member finds a spot for you to stand and place your order.  If you wander around, they may not find you and you could lose your spot.  There is a limit of two drinks per person, no more, and you can not stay longer than 45 minutes.  We were given one spot at the bar to stand.  One spot.  That meant one of us could actually fit at the bar and stand there, while the other had to stand behind the first. Oga’s is small.  It is a really cool place to see, but it’s very small inside.  We placed our order, opting for non-alcoholic beverages. 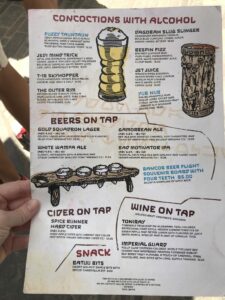 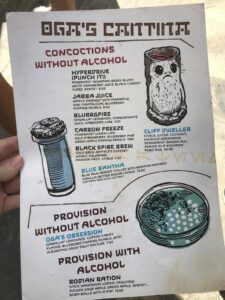 We ordered one Blurrgfire and one Jabba Juice.  Okay, I’m going to be honest here, neither of us liked the Blurrgfire.  The combination of the salt rim, initial fruity taste, then spicy kick from habenero just didn’t really go down well for either of us.  Lesson learned.  The Jabba Juice, however, was a hit.  It was really refreshing on a sweltering hot day.  We wanted to walk around the room and explore a little, but honestly, it was jam-packed and so small, there was no way to do that. 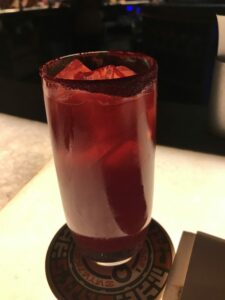 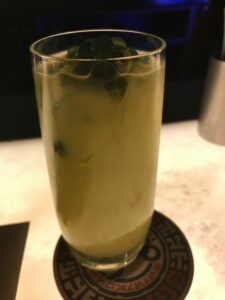 Oga’s also serves the famous Blue Milk, but we opted to wait and order that later from the outdoor Milk Stand.  I know, we’ve all heard the horror stories of the Blue Milk from Disneyland.  I think lessons were learned from that fiasco, and recipe’s were tweaked.  We were pleasantly surprised by the Blue Milk.  It’s plant-based, so it’s a very allergy friendly drink for MOST people, but please, double check the ingredients before trying if you suffer from allergies.  To me, it tasted like an icy, creamy raspberry mix.  It wasn’t strong or overwhelming and certainly not as disgusting as what I’ve heard about the Disneyland version. 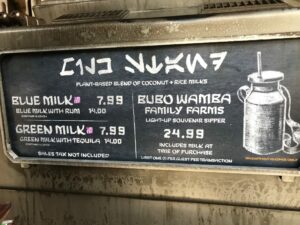 Menu at the Milk Stand 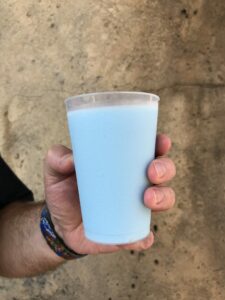 When we were ready to ride Millennium Falcon: Smugglers Run, we hopped into line.  The posted wait time was 40 minutes, but the details you see once you are inside will have you so distracted, you most likely won’t notice how long you are waiting in line.  Again, Imagineers have done incredible things throughout with the smallest of details. 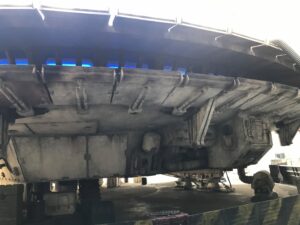 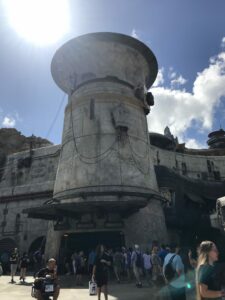 Once you get to the first stopping point, you are sent in a group of six to the next point.  This is where your position assignments are given to you via a card that is color coded for your group color.  You will stand in a large room with several other people who are in different color coded groups.

DIVA TIP: It gets pretty loud in there.  You MUST listen for a Cast Member to call out your group color.  If you don’t hear them, you may miss your chance to go into the cockpit of the Millennium Falcon.  Yes, all the props in that room are awesome, there are great photo opportunities, but explore while keeping your ears open for your group color to be called.  The cards you were given will show you your position in the cockpit.  There are three positions, with two people working each positions.  For example, my husband and I were both Engineers for our first ride, he was the right side Engineer while I was the left side Engineer. 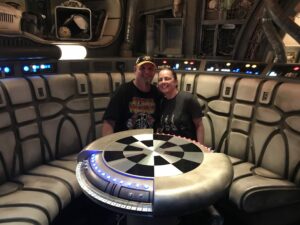 Inside Holding Bay of Smuggler’s Run 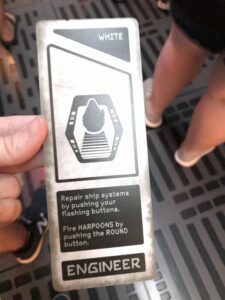 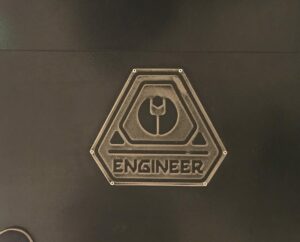 Okay, honesty time again.  This is all a really cool concept for an attraction.  It’s kind of like a combination of Mission Space, where you are asked to push buttons and control things, and Star Tours with the screen in front of you displaying what’s going on.  There is a downside though.  We didn’t have the opportunity to fly as Gunners, so I can’t speak for the second row, but the back row definitely get’s the shaft in this attraction.  You are told to push buttons that light up on the wall beside you as your job, but having to constantly watch the wall next to you means you can’t really watch what’s happening on the screen.  You are missing a ton of action that’s going on.  This is why, when we hopped in line a second time, I asked if we could possibly be Pilots.  They were very accommodating and had us stand to the side until the next group of people came and we were allowed to be pilots for that group.  What a difference it makes being able to sit up front and watch everything that is happening!  Millennium Falcon: Smugglers Run is much more fun as a Pilot.  We actually rode it three times total, twice as Engineers, once as Pilots.  It was a cool ride, but honestly, this ride can’t beat out Flight of Passage for me, and I’m not a fan of the Avatar movie, but I am a huge Star Wars fan.  I’m excited to find out what Star Wars: Rise of the Resistance will bring to the table when it opens on December 5th, 2019. 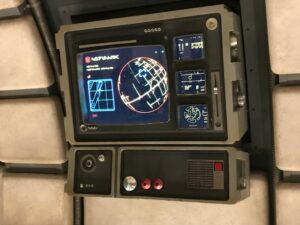 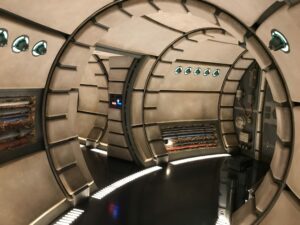 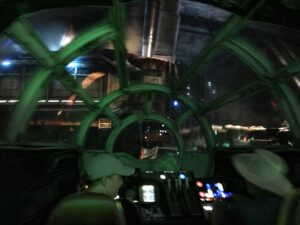 So, my reaction to Galaxy’s Edge is that the land is incredible, breathtaking, and a dream come true for any Star Wars fan.  My husband said it best when he commented that he has been waiting for this since 1977.  It was truly a dream come true for him to be immersed in Batuu and Star Wars.  The details throughout the entire land are mind boggling.  There is literally so much to see everywhere you turn, you are likely to miss a lot your first time there.  Smugglers Run could have possibly been designed a little better for the middle and third rows, giving them a better view of the front, but that doesn’t mean it’s a bad ride, we did enjoy it, it’s just a much better ride for the Pilots.  My husband and I have a trip in September that was planned long before the announcement of Galaxy’s Edge opening early, so we hope the crowds won’t be so overwhelming that we can’t get into Batuu again for a nighttime view.  I have a feeling that the nighttime experience will be even more amazing than the daytime experience was.  Until then, “under the shadow of the spire!”

Are you ready to experience all that Galaxy’s Edge has to offer?  Build a custom light saber at Savi’s Workshop?  Maybe even build a droid at Droid Depot?  Contact Patricia at All for Dreams Travel to book your room now!  Her services are FREE!