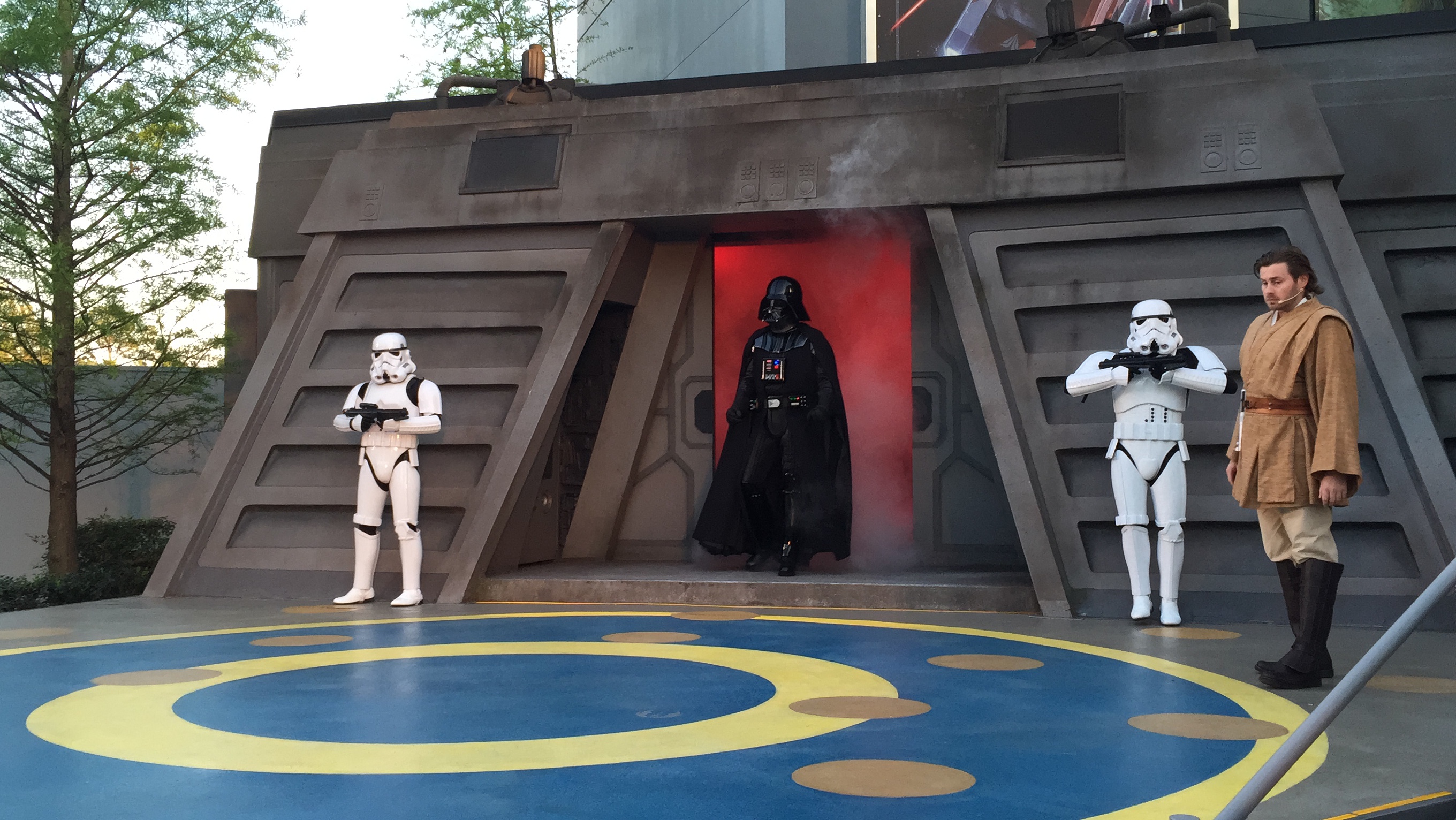 Star Wars fan or not, this interactive character experience is a must for kids ages 4-12. Of all the times that we have been to Hollywood Studios, I have never put this on my list for some reason, until Dopey Diva wrote her review a few months back and I knew we had to try to get the boys a spot. My twins have just started getting into the Star Wars characters, so they were all in! We had it all planned out to arrive early at Hollywood Studios and register the boys for Jedi Training Academy, but ultimately, and especially with a party of 11, we completely forgot. It wasn’t until we were walking into Hollywood Studios and heard two street actors talking to a young Jedi prospect. I immediately dashed to the wrong location (thinking sign ups were closer to Star Tours, but found it at ABC Studios). It was then I realized that you had to have the kids with you. (I learn new things every trip to Disney. The reason for this is they actually ask the kids several questions to make sure they can follow directions before they are actually signed up). I immediately called my husband, who had the boys and my nephew in line to see Donald, to have him rush over to the sign ups. We were very lucky to be able to get into a training. (NOTE: If you miss training sign ups in the morning, you can show up to one of the training academy times and go in stand-by, in case one of the trainees does not make it.)

Once everyone has checked in, you have a mini training session on the light saber and the moves. Once that is concluded, you are lined up to march to the stage. David, one of my twin boys, was lucky enough to lead the way with his light saber in the air. Lucky him! 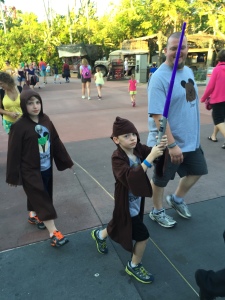 Once they all get to the stage, the fun begins! They wait until the Jedi Master comes out to introduce himself and bring all the young padawans onto the stage for their actual training!! I do have to say that these cast members were very patient and kind with our young ones. I was very impressed with their coaching and encouraging considering you have four-year olds in the group! 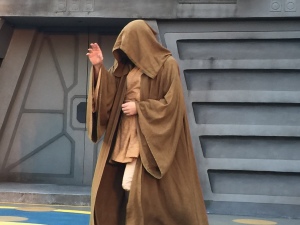 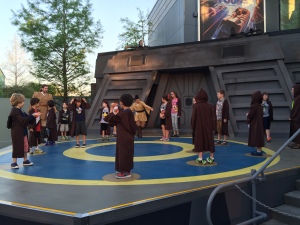 Darth Vader tries to make all of the young padawans turn to the Dark Side. This might be a little scary for the younger padawans. It didn’t seem to bother anyone in this group, but my nephew was scared his first time. Here is where all their training pays off! Here is David’s fight against Darth Vader.

And James’ fight against Darth Vader.

Once all of the padawans have fought Darth Vader, he is still not convinced that no one will join him! How rude! The Jedi Master and the young padawans all use “The Force” to make Darth Vader finally retreat.

All of the young padawans are then brought to the stage for a round of applause (screaming and going wild was I, might I add) and to receive their certificate! It was truly an awesome and fun experience and a tradition that I hope we started and will continue on each consecutive trip. It is better to get to the park early to sign up your child, but as I stated earlier, we luckily got in and it is possible to go on stand by mode if you miss the initial sign ups.

Disney Diva Tip: Looking for a fun, washable costume to help get your child excited for the trip? Check out the Galactic Warrior Costume from Mom Approved Costumes here!

Until next time, may the force be with you…..