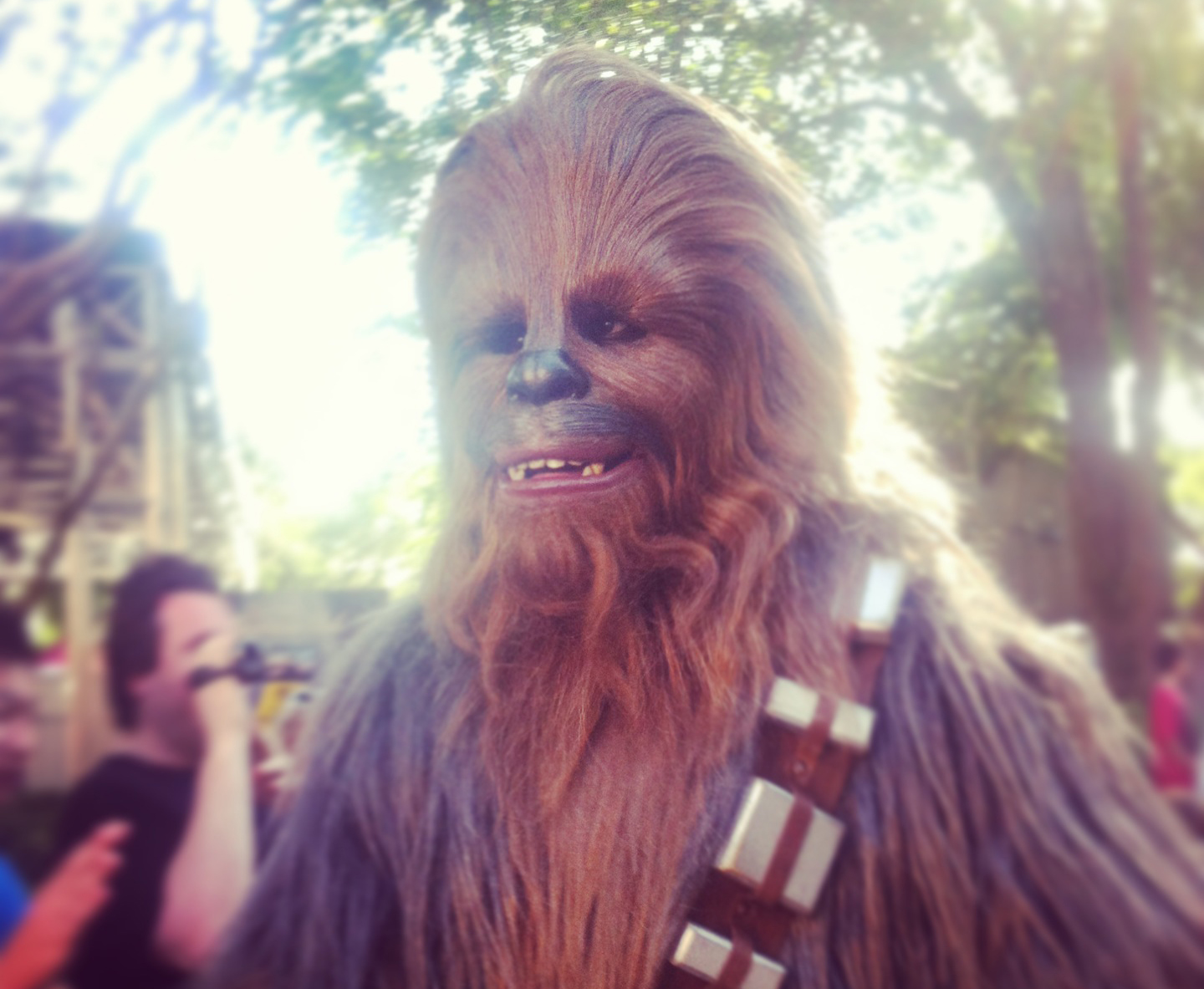 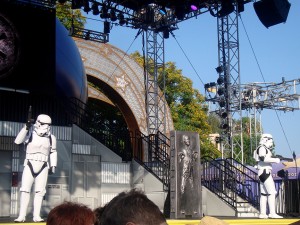 For over 10 years, Star Wars Weekends has taken over Disney’s Hollywood Studios every spring. Running from mid May to mid June, each Friday, Saturday and Sunday is a full-park celebration of all things Star Wars. From the casual fan to the most hardcore Jedi, all guests will find something to enjoy at this annual event.

Star Wars Weekends is a collection of events, character meet and greets, merchandise shops and parades that do not require a separate ticket other than general park admission. If your goal is to do and see it all, plan to spend more than one day at the park and focus on different aspects each day. I recommend arriving before park opening, as the event is very popular and lines can get very long. 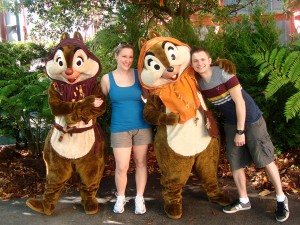 As soon as you get to the park, you’ll see it has been transformed. If you arrive before park opening, you’ll see Stormtroopers patrolling the entrance.  Stationed in front of the Sorcerer’s Hat is a stage used for events during the day (this was the location for the now-retired Hyperspace Hoopla, a plus or a minus depending on how you felt about Ewoks twerking). And scattered throughout the park, you’ll find mini backdrops themed to famous Star Wars locales like Tatooine, Hoth and Bespin. 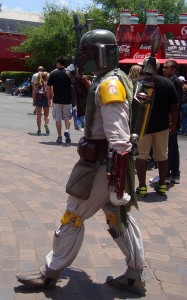 Each weekend, different celebrities from the films and television shows are on hand to sign autographs. This is very popular, so arrive early and get in line. These same celebrities usually participate in panel discussions throughout the weekend, and ride in cars in the midday parade. This year, Mark Hamill will be appearing for the first time at the event.

If you’re like me, you love spotting rare park characters and Star Wars Weekends has some of the rarest. In fact, my wife and I spent the majority of our day hopping from line to line to take photos with characters like Darth Maul, Chewbacca, and Jedi Mickey. I was blown away at how long these lines can get. Chewbacca averaged 3 hours. In fact, they are so popular, different characters will sub out for each other before you reach the front of the line. We stood in line for Stormtrooper Donald and Darth Goofy, only to have them switch with Jedi Mickey and Princess Minnie when we reached them, characters we had already gotten earlier in the day. That was 45 minutes we’ll never get back…. 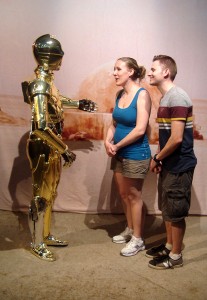 No Disney event would be complete without merchandise, and Star Wars Weekends delivers a Jabba the Hutt amount of goodies. Located behind Rock n’ Rollercoaster is the Darth Mall, a massive tent set-up just to sell Star Wars merchandise, much of which is exclusive to the event. And you’ll see a theme here; the lines to both get in and check-out can be very long. Inside we also found a C-3PO who held a conversation with us that was so convincing, I thought I was really talking to the famous droid. 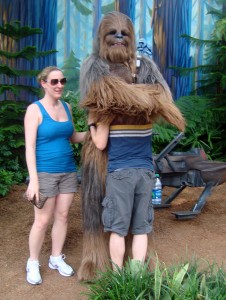 Of course the two Star Wars themed attractions in the park, Star Tours and The Jedi Training Academy, are open during the event and more popular that usual. If your child has his or her heart set on challenging Darth Vader on stage, head to the special event tent, usually located near the Indiana Jones Stunt Spectacular, where they can sign-up for a performance later in the day.

Star Wars Weekends is a truly amazing event for any fan. There is so much to do, one day may not be enough. And make sure to get a Wookie hug.

Make sure to grab an event map when you event the park. It will list all the character locations and where signing are taking place.

Some things, like the Jedi Training Academy and some of celebrity autograph sessions, require special tickets to participate, so make sure to stop by the booth early in the morning if you want to be eligible.

If seeing everything is important, consider going more than one day. Saturday is the busiest day of the event.

Visit characters spots throughout the day, as characters change. Also, be on the lookout for characters that have no set location, and roam freely.

This year, special character dining experiences are available at Hollywood & Vine and The Sci-Fi Dine-In Theater.

Fear is the path to the Dark Side.