STOP Judging People on their Smartphones! A Mom and Blogger’s perspective at Walt Disney World. 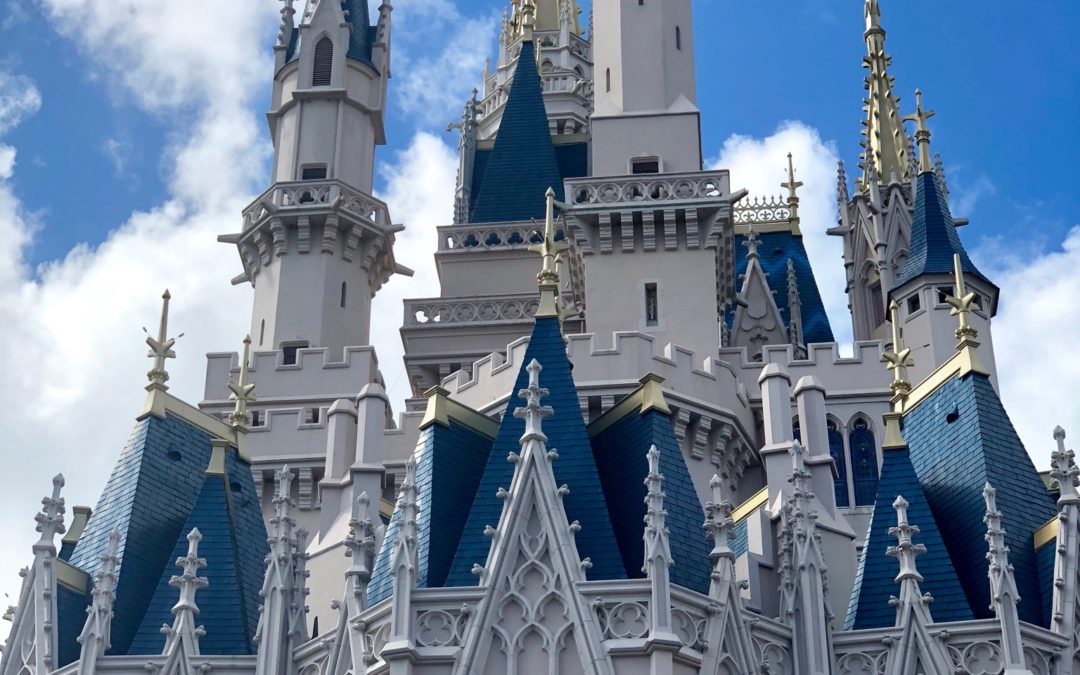 There was a famous meme and post circulating all over Social Media showing “bored kids” on their smartphones in front of Rembrandt’s famous painting, “The Night Watch”. The judgemental internet flooded Social Media, criticizing the next generation of children being addicted to their smartphones when they SHOULD be admiring the Masterpiece of Rembrandt.  What many didn’t realize is that these children were actually RESEARCHING about the painting, through a special app. See this article here.

Our very own Passholder Diva visited the Rijkmuseum in Amsterdam with her family. This is where the famous painting is displayed and the above story took place. She says her children LOVED the interactive app they have. It’s like a scavenger hunt  which uses technology to engage children’s imagination and get them to enjoy museums more.

Now I know phone addiction is a real problem and I won’t delve into this for this article. And I realize being on a smartphone at many times can be dangerous, so do not go on your smartphone while driving, while crossing the street, or when your child may be in a potential dangerous situation and it’s diverting your attention. If a person is not in danger or causing harm to anyone while being on their smartphone, please don’t judge!

In fact this Summer, the Walt Disney World Resort and Disneyland started their OWN play app on iOS and Android. Guests waiting in line for certain attractions will be able to play an interactive game online with what they see in line. This will definitely help with many families especially with young children, ease longer wait times for sure! Pixie Dusted Diva’s daughters enjoyed playing on this app while waiting in line for an attraction. 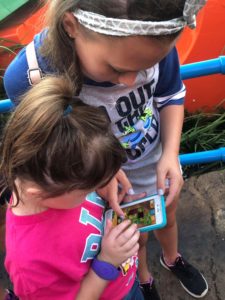 Now if you saw me in the Theme parks,  you may probably think I was one of those ANNOYING people, on their smartphones, in line or during an attraction.

This was the case when my children and I rode It’s a Small World! My teenage daughter, my three year old son and I were on the It’s a Small World attraction. At that particular time, as soon as we were in the boat and started moving, I made sure to tell my teenager to watch her brother carefully and I proceeded to whip out my smartphone and have my eyes glued on it for almost the entire ride. I know, blasphemous right? What a horrible mom, laying her responsibility to her teen, not enjoying the moment with her three year old son, not enjoying the attraction so she can selfishly go on her smartphone. She is on a family vacation and should be giving her attention to her family!

This is what wasn’t seen………

My three year old son’s very first attraction in all of Walt Disney World was, It’s a Small World. He was 18 months old and our whole family (father, mother, sister and baby brother), went on the attraction together. It was such a special moment that I captured (below) with my son absolutely mesmerized by everything surrounding him and the adorable music playing in the background. It was a very endearing moment for our whole family and we will always cherish this moment. 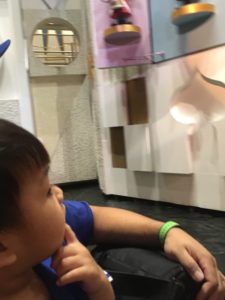 Fast forward a couple years later. We just finished another GREAT meal at the BE OUR GUEST  restaurant. My husband wanted to take photos with his DSLR camera around Magic Kingdom. My daughter had become quite addicted to the interactive game, Sorcerers of the Magic Kingdom, since she knew Magic Kingdom well from the many trips we have taken previously, we knew she knew her way around and she had her smartphone so that we can stay in touch. My son really wanted to go on Peter Pan’s Flight! He saw just the outside sign and I was blown away that he remembered that ride from just the outside. We had ridden it when he was 18 months and then a couple days prior when we had a FastPass+ for it. The time to wait for the attraction was 75 minutes though and I thought in my mind, FORGET THAT! My son was getting restless as he really wanted to go on it, so then I looked across and saw that It’s a Small World was only 20 minutes to wait (I love Touring Plans/The Unofficial Guide tip: don’t go on an attraction that has more than a 20 minute wait time unless you really have to be on it).

My son and I went in the line. I lifted him up so that he can watch the boats below, anticipating going on the attraction! We finally  walked down to get on the boat. During this ride, I did not check my phone but did take it out to capture a photo of my son . He was sitting in the middle of the bench, attached to me as he was still a little weary, and then he relaxed as we were enjoying all that It’s a Small World had to offer. It was such a beautiful moment I shared with my son alone. 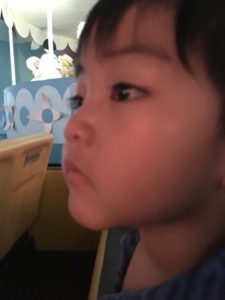 After the attraction my daughter was just outside with my husband. She gave my son a high five at the exit and asked him if he enjoyed the ride. She then mentioned that she would like to go on it now. I looked at the wait time and it was only 25 minutes. So we quickly hopped into line again. My son was ecstatic to go on AGAIN. As we got into the boat, my son was a lot more comfortable and I instructed my teen daughter, who was sitting next to him, to watch him. She put her arm around him to make sure he was safe. And then I did it, I whipped out my phone!

I actually live tweeted for Tips from the Disney Diva’s Twitter, a photo of It’s a Small World and asked our followers to guess which attraction I was on. I then had a moment to read a blog post from a fellow blogger and catch up on any messages I couldn’t get to. It was a very relaxing time for me as I can breathe a sigh of relief from our busy vacation schedule with the soothing (well, at least soothing for me) music of It’s a Small World playing over and over again in the background.

I knew that they would display our NAMES to say goodbye to us on one of the screens at the end. It was super cool, because we didn’t have a Fastpass for this attraction, so I’m guessing they could read our RFID from our Magic Bands we had on. I first saw this on the ride we just did beforehand but didn’t have a chance to take a photo, so the second time I made sure to do so! 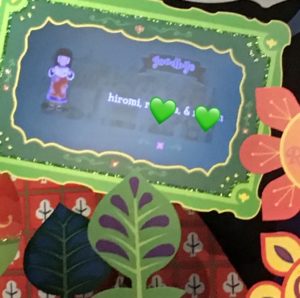 It’s a Small World says “Goodbye” to guests who have Magic Bands!

So, if a person saw me, a mom on her smartphone during an iconic Walt Disney World attraction, they may think I’m a horrible person not enjoying her vacation with her children and caring only to be on her smartphone without seeing the whole picture.

And even if I wasn’t a blogger or on my smartphone,  you NEVER know what the backstory of why a person is on a smartphone during a vacation.

Perhaps the person is checking up on a loved one who is not well back home.

Maybe a person is in the running for a job interview and is anxiously awaiting a call from a prospective employer which happens to land while they are on vacation.

Maybe a doctor is checking to see if one of their terminally ill patients is okay while they were off call.

Perhaps a mom, being so attentive normally to her children 24 hours a day, just needed a break or a moment to herself.

Or if you saw my husband on his smartphone during one our meals, he was enthusiastically telling our family back home all the wonderful ALLERGY-FRIENDLY  meals our son is having and sharing pictures of our son’s meals because normally, my son with anaphylactic  food allergies, cannot eat at restaurants.

If it’s a teenager, maybe the teen is snapping what a GREAT time they are having or sharing an interesting fact they learned on their vacation.

Or perhaps the children we see, glued to their phones in line, are actually playing the interactive Disney App game as mentioned above. 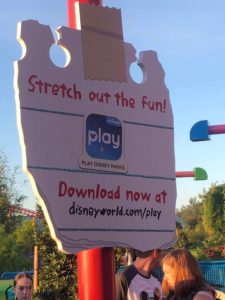 We just never know, so please………. let’s not Judge.

Have you ever dreamed of visiting Walt Disney World? Disneyland? Disney Cruise Line? Or any of the Walt Disney Theme Parks around the world? Travel Agent PATRICIA can help you plan the PERFECT vacation! Check here for a free quote and see why you should use her as your Travel Agent.

Born and raised in Canada. Loving Disney has meant a lifetime of hope, dreams, happiness, learning values and kindness. It is the magic across all boundaries and an adoration I can share with my loving family, my friends and... with YOU! Spreading the magic through writing is what keeps this incredible circle growing and building positively, that is the Disney Dream.