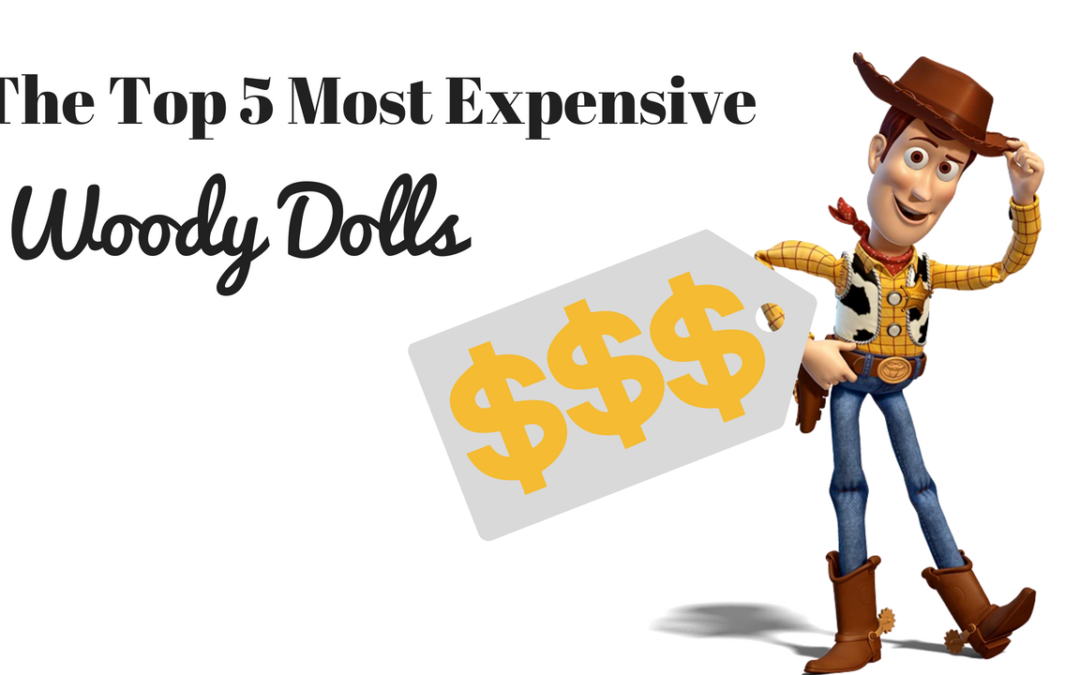 Recently I had a birthday. I like birthdays. Birthdays mean presents and presents mean stuff I want and stuff I want means I often get Toy Story merchandise. 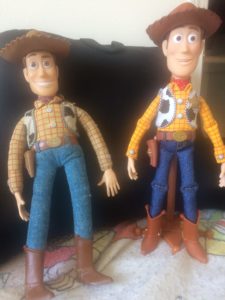 The two ends of my (current) collection- The original (well played with) from 1995 on the left, and the signature collection (original release 2013) on the right.

This year, I was finally able to get the Toy Story Signature Collection Woody doll. This toy was built using Pixar’s own computer information on the character and comes with over 50 sayings both in response to your own voice and by pulling the pull string. It’s super cool and it’s cool seeing my original release Woody and this deluxe version together.

Since then, I’ve been looking into other versions of the character and I was surprised at some of the interesting things I found, and how expensive Toy Story collecting gets. so I present to you:
The Top 5 Most Expensive Woody Dolls!

As far as I can tell these are the most consistently expensive toys on the market in this category. Put on your seatbelts though. This list gets crazy and there are some super cool and creative ideas here.

P.S. a lot of these toys are exclusive to Japan and I imagine they are a lot easier to find if you can read Japanese.

This was released only in Canada to select stores in 1994, a year before the movie was released, mostly to be used as promotional material for the movie and its merchandise. The toy was built by Thinkway, who still holds thel license to Toy Story, and was essentially a scaled-up version of their 16-inch doll to come out that next year.

You can’t have this because it was a very limited release and a beat up version (without vest, boots or hat) was recently put on eBay for $155. “like new” condition ones can get up to about $500 though have been spotted to be as low as $200. 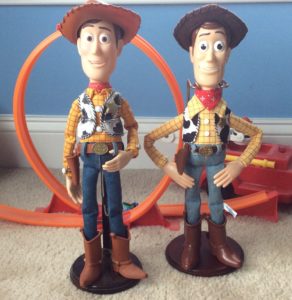 The Young Epoch doll (right) compared to the signature collection (left). note the difference in dimensions, coloring, and materials used. image shown for promotion use and was part of a discussion on smashboards.com uploaded by “Space Stranger”.

If Woody’s Roundup was a real show, it would have been released somewhere around 1953 and that is the idea behind this toy. If Woody was really made in the 1950’s, what would he look like? This is what we were given. Each choice in material, dimensions, and build was made with the idea that this was a toy from the ‘50s and it was going to look the part. It’s an interesting idea and definitely a very cool version of the character. This toy is also part of a set of 4 which includes Pete the Prospector, Bullseye, and Jessie, all given a similar treatment.

Young Epoch is no stranger to doing this kind of thing. The company specializes in recreating new ideas into old forms and they’ve covered a lot of Disney products in their time from old-style Winnie The Pooh teddy bears to Mickey and Minnie tin wind-up cars. They actually have a lot of really cool stuff, but being a Japanese based company and not well built for American marketing, you kind of have to dig a bit to find any of their merchandise. Best I could recommend is you search eBay or Amazon.com for stray items.

Starting price for the black and white variant that I’ve seen is around $280 and the color one I’ve seen start at around $500.

Young Epoch also produced an alternative to this toy that was a woodblock figure which would have been another period-accurate recreation.

This particular Woody Doll was exclusive to the D23 convention of 2015 and was limited to 400. The toy doesn’t look a whole lot like the character in the movie. Certain details like his vest and hat are a bit different, so it seems to me that the importance of this particular toy is the fact that it came from D23, but it’s still a cool piece of memorabilia for Toy Story’s 20th anniversary. 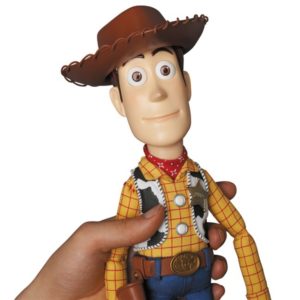 I promise this isn’t a screenshot from the movie! This is a promotional image from Medicom for the toy obtained for promotional use from Rakuten Global Market for collectors.

In the world of toy collecting, Medicom is almost second-to-none when it comes to action figures. Their figures are hyper-realistic and they’ve covered properties from Harry Potter to Justice League to Indiana Jones and they take up new projects all the time.

They also did a few figures for Toy Story 3 and specifically, they made a Sheriff Woody Action Figure.

While the pullstring doesn’t work, this toy is definitely as close to the dimensions of the film as anyone has gotten. He stands 16 inches tall, has a few hand switchouts, a couple unique face switch outs, and several ball joints at the hands, arms, neck, legs, and eyes to provide an almost unlimited range of movement.

this is impressive and it better be as the cheap end for this toy is almost $400 plus about $30 international shipping to the U.S.!  Part of the reason that this figure is so expensive is that it has since been discontinued by Medicom and the only places to find it online are from 3rd party retailers (cheapest Price I found was from Rakuten Global Market) and other collectors. 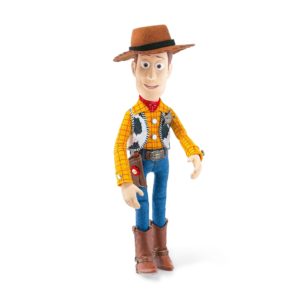 This special edition toy was released recently and boasts such descriptions as a Head and Hands carved from a solid block of vinyl (they say it’s unique to the process, but I don’t know enough to confirm that), Pewter belt buckle and badge,a gold jewel on the holster, bronze spurs that spin, Handmade stitching, Leather belt and boots and it’s limited to 113 complete pieces (in reference to the A113 easter egg, popular in Pixar films).

This guy is yours for just under $2000. It’s recommended that if you go for this toy that you go through the official Disney store rather than other sites as other sites are filled with scalpers (people who buy limited edition items and sell them for a heavy markup immediately afterward).

Thing is, I can’t get behind it. It looks… fuzzy?… and the lack of structure in the hat bothers me a lot. Plus, on the Disney Store website, there’s a nice little note there saying that this toy isn’t for play but for adult collecting. Now I like collecting just as much as the next guy, (I mean, look at this stuff! Isn’t it neat?) but I like to still play with my toys. So I guess you can go ahead and have this one. I don’t want it.

And there you go. Stuff you can’t have Sheriff Woody edition. So here’s the question. What is too much for a toy? Are you lucky enough to own any of these? Be sure to show us in the comments, Share this article with a friend who loves Toy Story and expensive things, have a great day and remember to keep wishing on stars. 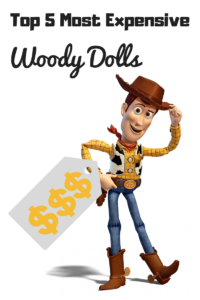 Be sure to share this article with a friend who loves Toy Story and collecting stuff!