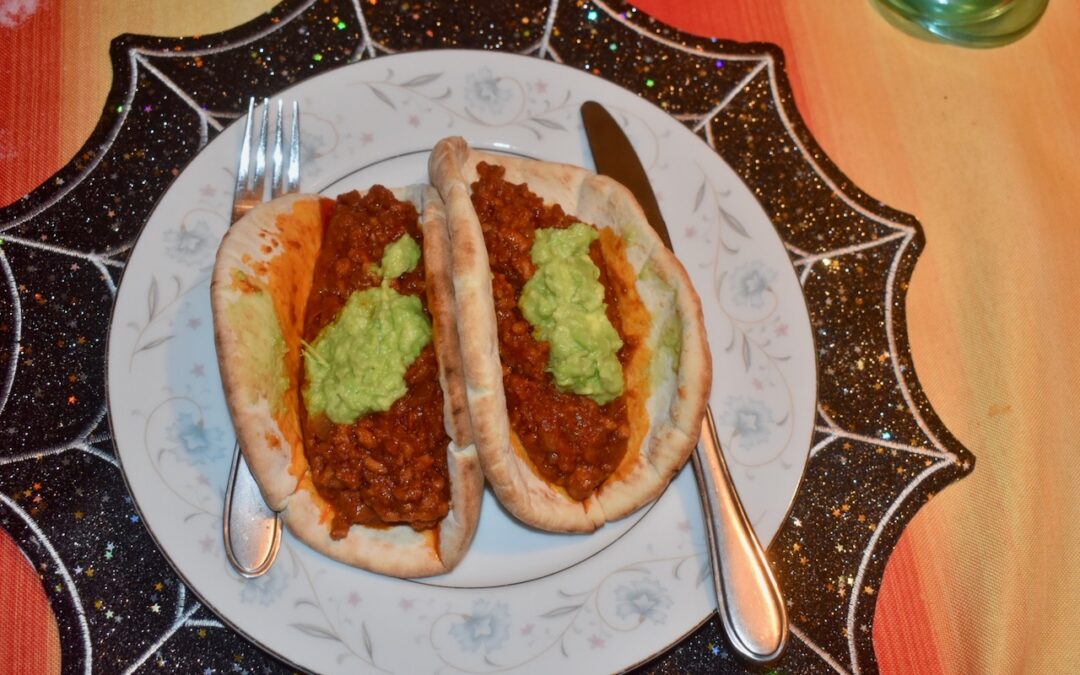 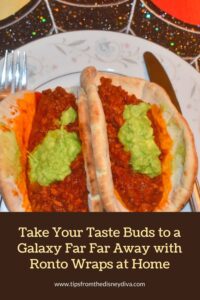 Even before we were able to visit Galaxy’s Edge at Walt Disney World for the first time, I knew my husband would be a huge fan. He has been a die-hard Star Wars fan his whole life and I knew Galaxy’s Edge was going to be everything he was expecting and more. When I was searching for the perfect Christmas gift for him, I came across Star Wars: Galaxy’s Edge: The Official Black Spire Outpost Cookbook, and I knew he had to have it. He’s as much a fan of cooking as he is of Star Wars, so this was the perfect combination of two of his biggest interests. 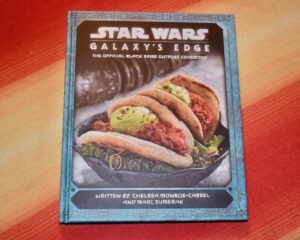 We had been planning to take our first-ever trip to Disneyland for Fall Break this year, but since there’s still no word on when they will reopen, it’s become obvious we’ll have to reschedule. It’s disappointing because not only will we not get to visit the park Walt helped build, we’ll also miss out on being able to spend more time on Batuu which is something the whole family was looking forward to. To help ease the disappointment a little, we decided to break out our Star Wars cookbook and let our taste buds take a little trip back to The Black Spire Outpost even if the rest of us can’t.

One of the dishes we enjoyed while visiting Batuu was the Ronto Wrap which is found at Ronto Roasters. The recipe in our cookbook is surprisingly much different from the wrap found on Ronto Roaster’s menu. While the park’s version is a grilled sausage with roasted pork, slaw, and peppercorn sauce in a pita, the cookbook’s version is ground pork and chorizo and a sweet tomato sauce in a pita. Despite the differences, the recipe still sounded like something we’d enjoy so we gave it a try.

Step 1- Dice and cook the onion
You’ll want to dice half of a medium yellow onion. Add it to your skillet with the cooking oil of your choice (the recipe calls for vegetable oil but I’m sure you could swap it for whatever you prefer) and cook until it’s soft and translucent 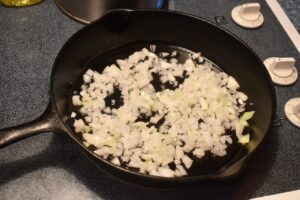 Step 2- Add the meat
The recipe calls for 1/2 lb of ground pork and 6oz of chorizo. It claims this will serve 6, but we made 4 decent sized wraps with it and didn’t have any leftovers so you may consider doubling this recipe if you’re more than 4 people. You’ll brown the meat with the softened onion for about 5 minutes. The recipe does not say anything about draining the meat once it’s cooked, so it’s your call on whether or not to do so. We did not choose to drain our meat at this point but regretted it later. 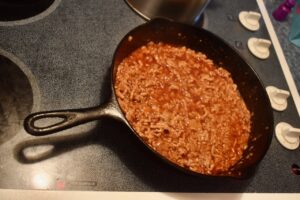 Step 3- Make the sauce
Once the meat is cooked, you’ll add 14oz of tomato puree and 2 tbsp of brown sugar to the mixture. You’re supposed to cook it for an additional 15 mins until the sauce is thickened. Once the time was up, we noticed our meat and sauce were swimming in a rather large puddle of grease and really didn’t look too much like the picture in the book. Once we drained the meat, everything looked much more appetizing so we’ll probably stick with draining it after step 2 from now on. 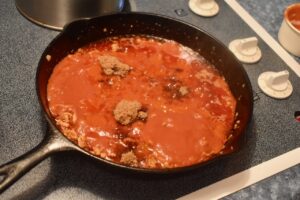 Step 4- Serve
There is a recipe in the cookbook for Ronto Wrappers to serve the meat in. However, since we were making dinner on a weeknight, we saved a little time and used pita bread we bought at the store. It also says to top the wrap with guacamole, which all but 1 of us did. I don’t normally like store-bought guacamole so I made my own with 2 avocados, 1 Serrano pepper, the other half of the yellow onion, lime juice, garlic, and salt to taste. 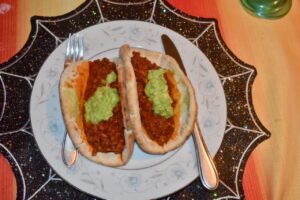 The end result was definitely nothing like the Ronto Wraps you get in the parks. It tasted similar to sloppy joes and my Mom’s meatloaf. That said, both the kids and the adults enjoyed our wraps. I liked how the guacamole cut through the sweetness of the meat mixture and added some freshness to the somewhat greasy meat. I will probably cut the brown sugar in half next time, as our family tends to eat low sugar and the sweetness was just about too much for our particular tastes. It was a nice change from our normal dinner routine and I definitely look forward to trying more recipes that more closely resemble the food you can find on Batuu.

Do you want to plan your own visit to Galaxy’s Edge? Contact Patricia at All for Dreams Travel for a free quote.