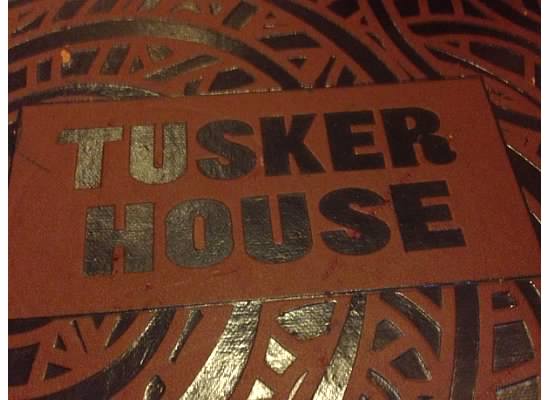 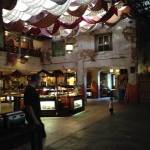 On our last trip to Disney one of our goals was to eat at a few places we had never been.  We tend to find places we love and stick with them.  But, this trip we decided to venture out a little (NOTE:  O’Hana’s will ALWAYS be on the list, and a bonus TIP while you’re in the Africa section:  Do not miss The Festival of the Lion King!).  One of the places we ventured to was Tusker House in Africa.   We had heard wonderful things about it, all of which we found to be true.  One nice surprise for us was that it was a character meal.  We just booked it based on the recommendation of others so didn’t really check into it at all, so this was a big bonus for us.  (TIP:  The characters are only there at breakfast and lunch.)  Oddly, while it says that only breakfast and lunch are character meals, we went for dinner and the characters were there.  I am not sure if this was a recent change to remove them from dinner or whether we just got lucky.  But, we did have characters circulating the entire time we were there (The characters we saw were:  Mickey, Minnie and Donald).

The prices vary based on what meal you go to.  Click here to see the pricing, which ranges from $15.99 – $59.99 or 1 table service per person.  We were on the Disney Dining Plan (1 table service, 1 quick serve and 1 snack).  TIP:  If you are on the Quick Serve Dining Plan or no dining plan at all, I recommend going at breakfast when it is cheaper and the chracters are still there.

Like all things Disney, they went all out to ensure that the decor was authentic and that you are magically transported to the Harambe Marketplace.  All of the characters were in safari garb, and of course the servers used traditional African lingo as well.  Be sure and pay attention to all the details (signs, posters, wall hangings, etc.) when you are there.  There is so much detail that it would be easy to miss a lot of the authentic pieces they have. 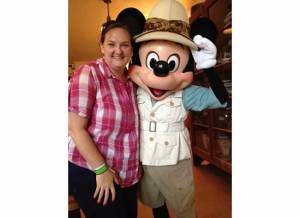 I’ve mentioned this before, but both my son and I are picky eaters, so I was a little worried about us being able to find something to eat.  This proved to be no problem as they have both American and African cuisine on the enormous buffet.  I have to offer a tip for the buffet, at least for the African cuisine.  Since we were not familiar with the African dishes, we had a hard time figuring out from the signs what everything was.  Each section of the buffet has about 4-5 items and there is a sign on top of the sneeze guard telling what the items are.  The items on the sign are listed top to bottom and the items on the buffet run left to right.  The top item on the list is the item on the left, then you work your way down the list and towards the right on the buffet.  This may seem pretty obvious, but I am ashamed to admit it took my husband and I a little time to figure it out. 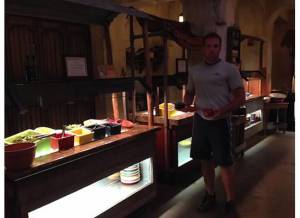 The buffet had so many options to choose from that my son and I had no problem at all finding something that we would eat.  As my mother often reminds me, my son is “his mother’s child,” so he does not like to try new things at all.  But, as I have gotten older I have learned to at least attempt new dishes before making up my mind that I will hate them.  So, I was able to try a few new things which I enjoyed.  What I considered the kid’s portion of the buffet had many very basic things for your picky eater (corn dogs, mashed potatoes, macaroni and cheese, etc.).  Click here to see the full menu.  But, try not to get too overwhelmed.  It is a lot to take in.  I recommend just waiting until you get there and can see it all. 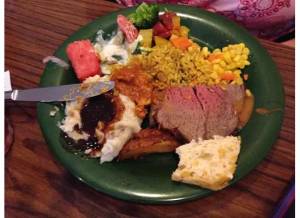 One of my favorite parts was the huge dessert bar in the middle.  Like the main buffet, it too offered both American and African options.  While I am a picky eater, when it comes to desserts, unfortunately, I am not that picky at all. 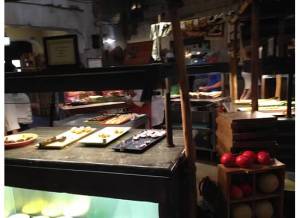 Like other character meals, the characters circulated from table to table while we ate.  And, as always, they are never ever rushed.  They spend a significant time at each table taking as many pictures as you want and signing any autographs requested.  I have always been impressed with this feature in all of our character dining experiences.  I have to be honest and admit that my son is not big on taking pictures with the characters but my sister and I more than making up for it making sure we get pictures with all the characters we can. 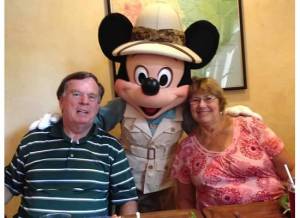 If you are in Animal Kingdom, and especially if you are on the Disney Dining Plan, I highly recommend checking out Tusker House.  You will not regret it.