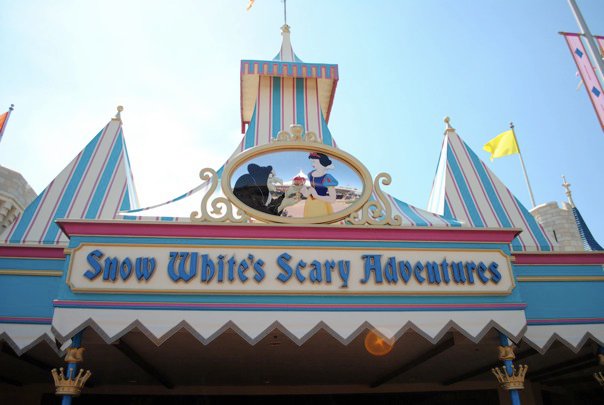 Everyone has a favorite ride at Disney World.  Some people prefer thrill rides, others dark rides, and some lean toward rides that remind them of their childhood. Unfortunately, as the parks change and expand, sometimes a ride has to be closed to make room for that progress. Snow White’s Scary Adventures was one of those rides. From our first visit, Snow White was always on our must-ride list because my mom’s favorite character has always been Snow White. Even as teenagers, when we thought we were too cool for the “kiddy rides”, we got on Snow White’s Scary Adventures without complaint because we knew it was one of the few rides Mom really enjoyed.

The first time we rode Snow White’s Scary Adventures was in 1994, before it went under rehab to make it more like Disneyland’s version. Unfortunately, I do not remember the first version. That visit was in a time before digital cameras, so while my parents took pictures on that trip, they didn’t take any pictures of attractions because they could only carry so much film and it was generally saved for pictures of our family and a couple of iconic attractions, like Cinderella castle. As a result, when I think of Snow White’s Scary Adventures, it’s of the newer, slightly less scary version. We were too old to be scared by either version, and when my daughter rode it when she was 11 months old, she didn’t seem frightened either.

As plans for the new Fantasyland expansion began to roll out in 2011, it became clear that Snow White was one of the rides on the chopping block. Luckily, we had a visit planned for that November so Mom had a chance to get a few last rides in and say goodbye properly. We were also fortunate that our party was large enough to warrant our own ride vehicle, so I was able to get some good pictures during our last ride without blocking anyone else’s view. 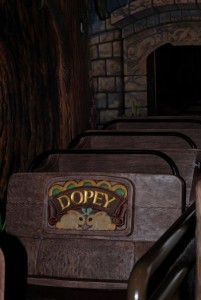 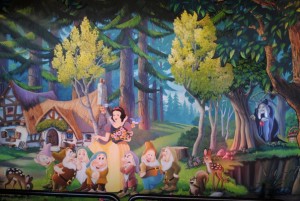 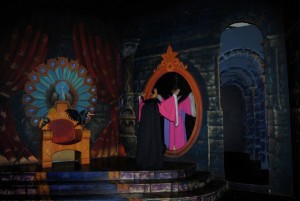 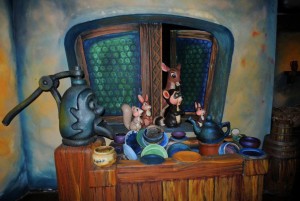 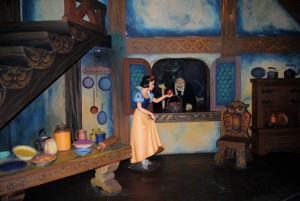 When we visited again in 2013, it was a bit weird to visit Princess Fairytale Hall and know we were standing where the ride had once been. However, I feel like Fairytale Hall was a much-needed addition to Fantasyland and so I was glad they found a good use for the space. I also appreciate how the Disney Imagineers retained elements of Snow White’s Scary Adventures in the entrance to Fairytale Hall; a reverent nod to its long live predecessor. 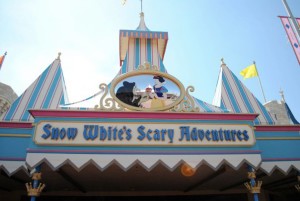 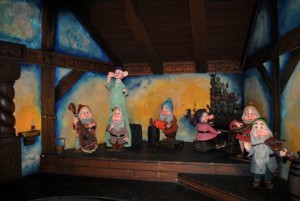 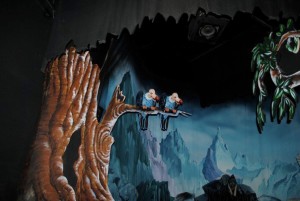 I cannot wait until our next visit to ride Seven Dwarfs Mine Train, as all the pictures I’ve seen look really neat. As I am riding, I will definitely be on the lookout for the re-purposed pieces from Snow White’s Scary Adventures. My only hope is that my Mom likes the new ride as well as she did the old.