Ten Disney Attractions NOT Worth a FastPass+ 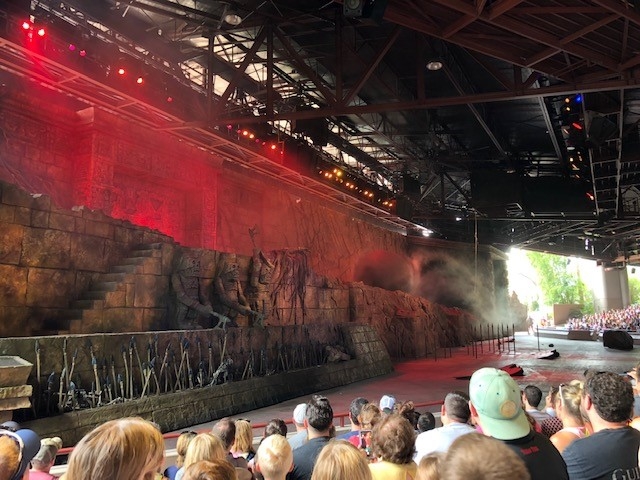 Enjoyment is a subjective thing. To each his own, I always say. For example, I really dislike Dinosaur at Disney’s Animal Kingdom, but my daughters love it and go out of their way to ride it. But this article isn’t about which attractions are better than others. Instead it’s about the deeply complicated strategy of choosing your FastPasses in each park. 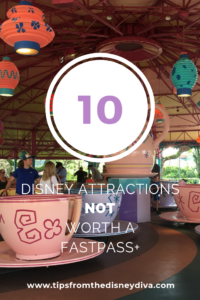 While it’s good to know the best use of FastPass+ in each park, it’s equally important to know the *worst* use of those passes.

For a primer on FastPass+ and how to use My Disney Experience, check out Military Diva’s article here or JollyFrogger Diva’s article for first-timers here.

Guests currently get to pick three initial FastPass+ per day and all those FastPasses must be in the same park. During non peak periods, it’s possible that you could use your first three picks up, and then request additional passes for that same day, either in that park or in another one.

While some guests have had luck doing this, there have been many times when I have not been able to choose additional FastPasses because there are none left. 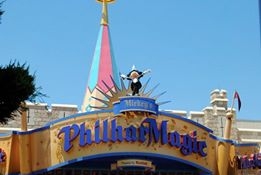 So my advice is to make each FastPass count: do not randomly choose FastPasses and certainly do not waste them on attractions where they are rarely, if ever, necessary.

Based on my numerous trips to Walt Disney World, here are 10 attractions that you should NOT use one of your first 3 FastPass+ for:

1. Mickey’s Philharmagic (Magic Kingdom) – This is a fun “4-D” attraction that every member of the family will love. Featuring Mickey, Donald Duck, and the rest of the gang, Mickey’s Philharmagic has it all: immersive theming, great décor, and cool air conditioning on a summer afternoon. What it also has is a large seating capacity, which makes for a shorter wait time. There’s rarely a line for this attraction, so my advice is do not use a FastPass+ for it.

Mad Tea Party (Magic Kingdom) – Giant, colorful tea cups spin around each other and on their own axis in this tribute to Alice in Wonderland. I am personally not a fan of this ride (it makes me motion sick!), but the kids sure do love it. It’s fast loading, though, and there’s rarely a line, so don’t use it as one of your FastPass+ choices.

Monsters Inc. Laugh Floor  (Magic Kingdom) – this show constantly changes depending on the performers and audience input, so you can watch it every time you go to the Magic Kingdom without feeling like it gets too stale. The large theater size combined with the huge queue area means that you generally can walk right up and be waiting your turn in the cool air if you aren’t walking directly into the theater. 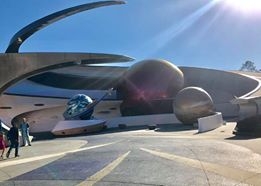 Mission Space Green Mission (Epcot) – Now, I haven’t been on this space-simulation attraction in forever, mostly because I went on it when there was only one version of it and it made me vilely ill. Now there are two different experiences: the orange experience is the stomach-churning original attraction while the kinder, gentler green version rarely has any sort of line.

Turtle Talk with Crush (Epcot) – this charming show involves technology that allows everyone’s favorite turtle, Crush, to interact with guests. Just like with Monsters Inc. Laugh Floor, no two shows are alike. And again, there’s no need to use a FastPass+. A big bonus is that the attraction is inside the Living Seas, so there is plenty to do and see and plenty of air conditioning.

Disney and Pixar Short Film Festival (Epcot) – with a changing line up of various Pixar short films, this is a must see, especially if it’s hot outside and you want to take a rest. But there’s absolutely no need to use one of your precious three FastPass+. 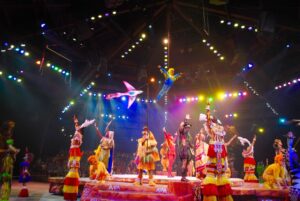 Festival of the Lion King (Animal Kingdom) – an uplifting show with talented performers, this is a taste of the hit Broadway show based on the popular animated movie. It’s one of the few inside venues at Animal Kingdom, and the seating area is large enough for you to forgo a FastPass+.

It’s Tough to be a Bug (Animal Kingdom) – located inside the giant Tree of Life in Animal Kingdom, this 4D movie has its detractors, but everyone should experience it at least once. Just don’t use one of your precious FastPass+ to do it.

The Indiana Jones Stunt Spectacular (Hollywood Studios) – this show has been going strong for 20 years. Since the earliest days of this park, this attraction has given you a behind the scenes look at how stunts are filmed for Hollywood blockbusters. Because there are several showings and has a massive seating area, there’s really no need for a FastPass+. I’ve literally walked up minutes before the show started and gotten a seat.

Muppet Vision 3D (Hollywood Studios) – this show, which is actually 4D, has been going strong for almost two decades. The attraction follows the adventures of Kermit, Miss Piggy and other Muppets as they tour Muppet Labs and learn about a new, high-tech film process. It’s a bit corny, and showing some wear, but with a huge theater and a large waiting area, you won’t need to use a precious FastPass+.