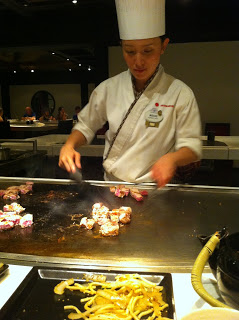 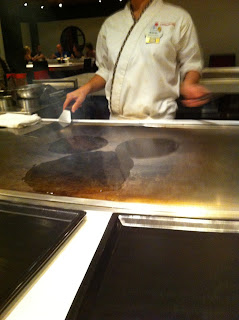 One of the best things about Epcot is that you really feel like you are in each of the countries you travel to in the World Showcase. Between the music, the merchandise and the food, each country has an individual experience that makes it so you could go to Epcot over and over again and never have exactly the same experience.

In Japan, Teppan Edo is one restaurant that makes you feel like you are getting the full experience. While there are many places to experience the exciting cooking of style of teppanyaki, I’ve personally never been to one that made me feel like I was so submerged into the Japanese culture. In the teppanyaki style of cooking, the chef comes to you and prepares the food right in front of your eyes. And they make it exciting, by building onion volcanoes and playing with your food in ways even mom would approve of. I’ve never smiled so much while waiting for my food to be cooked.

With selections of steak, chicken, seafood and vegetable entrees, there is a little something for everyone. Every entree comes with a bowl of rice and some vegetables off the grill, you definitely do not leave hungry! I have to say, I normally shy away from eating to much rice and ruining my appetite, but at Teppan Edo they have beef rice that is pretty much to die for! Its much better than steamed white rice or chicken fried rice, which are both good, but not worth missing out on the main event for. 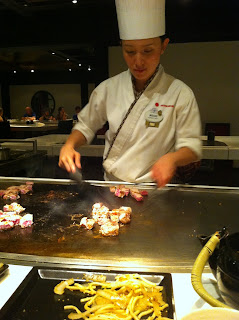 The prices are actually the same or lower to similar restaurants outside of Walt Disney World, which was actually surprising to me at first. The chefs are great and as far as I could tell they were all Japanese, which I think adds to the experience. Of course you can not leave without at least sharing a desert because they have green tea ice cream and it’s also one of the only places to get green tea cheese cake, which I need to go back and try. 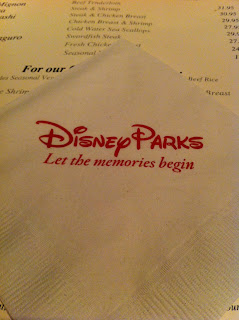 Reservations are required for Teppan Edo, but we were able to make reservations for the same day. Of course like with most Disney Dining, you can make reservations up to 180 days in advance. The tables seat up to 8 people, though I’m sure if you had more, then they would be able to accommodate for you. I would definitely make advanced reservations for larger parties. I definitely think this is one restaurant you have to try on at least one visit to Walt Disney World.