Thank You to the Veterans that Made Walt Disney World Possible 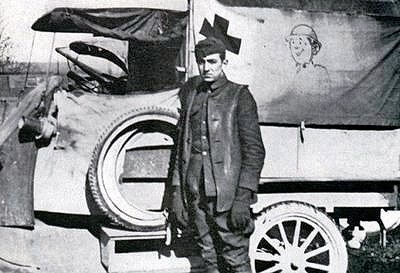 Veteran’s Day is a long honored day of thanks here in the USA. Celebrated on November 11, it is a legal holiday set aside to celebrate and remember Veterans from all American conflicts.

So you may be asking “What do Veterans have to do with Disney?” More than most people know! 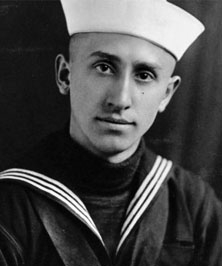 Disney World began as a dream of improvement for Walt Disney.   After seeing the booming success of Disneyland combined, Walt began work on a new project. He knew his vision of a self-contained city (EPCOT) and an enhanced Disney Park would require a much larger plot of land than Disneyland.  But he feared that knowledge of his plans would skyrocket prices on acreage. Walt knew that early property purchases would need to remain secret. Through dealings with General William J. Donovan and Colonel Paul Helliwell, the Disney World Project was able to move forward. 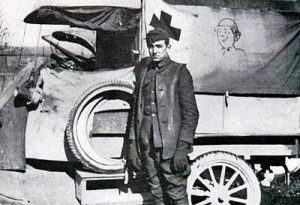 Photo of Walt Disney during World War I, courtesy of Disney2Disney.com

General William J. Donovan is one of our country’s most decorated Veterans.  According to the Arlington Cemetery website,  “Wild Bill” served in World War I and founded the Office of Strategic Services (OSS-early CIA) during World War II. He earned a Medal of Honor, the Distinguished Service Cross, the Distinguished Service Medal and the National Security Medal. General Donovan’s leadership skills and ability to secretly organize operations made him a prime choice for the Disney World endeavor. 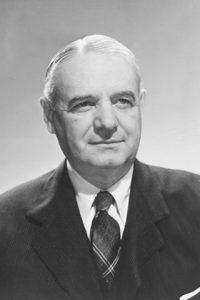 However, it was General Donovan’s post-military career that truly proved him to be the best candidate-Donovan, Leisure, Newton & Irvine Law Firm of New York city was instrumental in the business dealings that formed Disney World.  According to the NY Times, “Mr. Donovan procured business cards, letterhead and phone numbers in the name of Burke & Burke as a cover. When the Florida operatives needed to talk to Mr. Disney, they called the law firm, which connected them to Mr. Disney on the West Coast. Nobody at Disney was permitted to dial Orlando numbers, so as not to arouse suspicion.”

Thanks to General Donovan, the Disney Company was able to obtain the plot of land now known as Disney World. Just as importantly though, Donovan was responsible for the hiring of Colonel Paul Helliwell.

Helliwell served in the US Army during World War II and spent many years working with General Donovan in the OSS. He was head of the Secret Intelligence Branch of the OSS in Europe, chief of the Far East Division of the War Department’s Strategic Service Unit and was instrumental in the early years of the CIA. Helliwell was well equipped to deal in the world of secrecy and illusion, which is why Donovan called upon him once again for the Disney World project.

After completing his government work, Colonel Helliwell partnered Helliwell, Melrose, & DeWolfe Law Firm, located in Miami. It was the perfect choice for Florida based legal representation. This law firm helped protect the Disney World land acquisitions in several pseudo-named corporations.  Ultimately though, Disney was looking for control. He wanted to prevent the Vegas-like environment that surrounded his family-friendly Disneyland.  Under Helliwell’s guidance, Walt Disney began taking steps to turn this land into its own municipality.  By creating its own city with its own self-governing body, the Disney Company retained more control over the area, took responsibility for improvements, created its own utilities, and essentially became its own self-supplying district-all without the influence of outsiders.  Disney was able to retain control of almost all dealings related to Disney World.  Thanks to Helliwell, the Reedy Creek Improvement District became a reality, allowing Disney World to develop into the creation that Walt dreamt it could be.

And what a dream it is!  I am so grateful to live in a country where I am able to work freely, spend as I choose and take time to vacation with my family. It is a lifestyle many other nations aren’t able to fathom.

I spend many hours considering the sacrifices our Veterans have made for us and am grateful for their contributions to our country. I now add General William Donovan and Colonel Paul Helliwell to that list. While we may never know how their military actions affected our lives, I am sure we can all agree that their involvement in the Disney World project has had an impact on our lives and the way we choose to spend time with our families.

Thank you to all of our Veterans for your time, your sacrifice and your contributions to our world!