That Time I Was Nose-to-Nose with a Stormtrooper 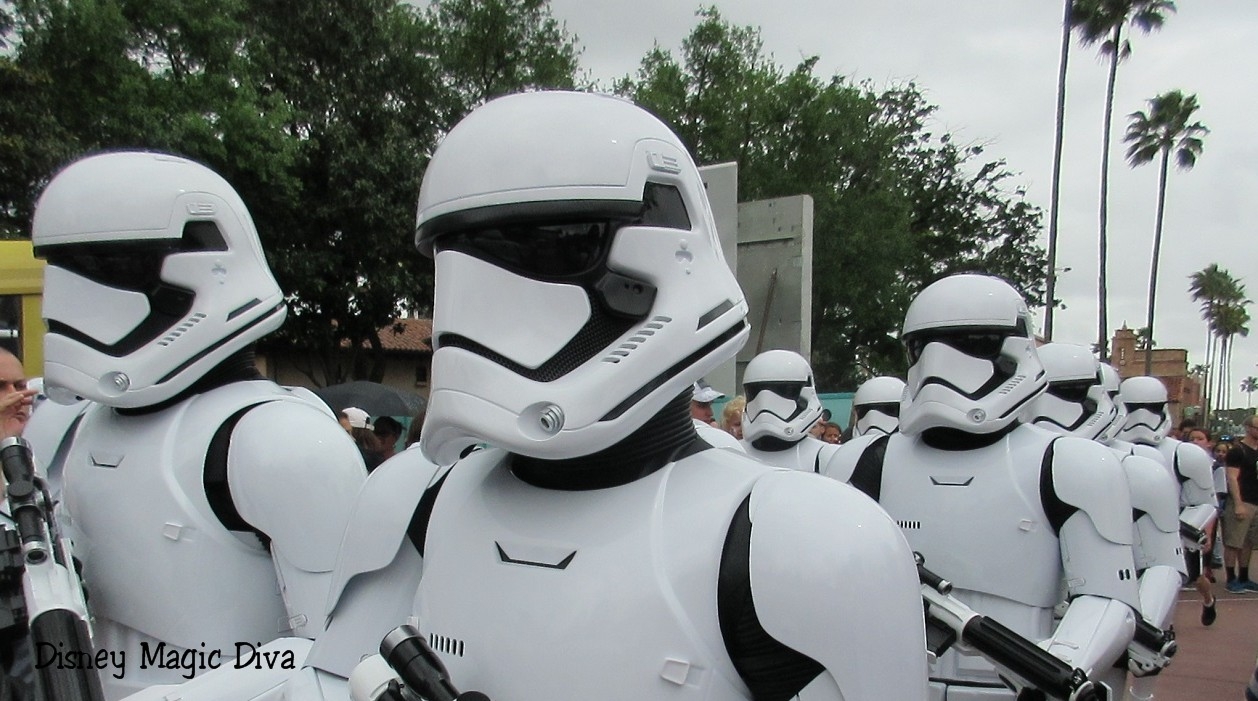 Loud, ominous music begins blaring from the loudspeakers. A stern voice commands “Advance!” A platoon of stormtroopers begins marching in step. Soon you hear another command, spoken with all the authority of someone 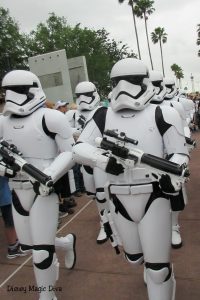 who rules the galaxy: “Step aside.” And dozens of guests at Walt Disney World’s Hollywood Studios part the pathway faster than Moses parted the Red Sea. Captain Phasma has begun the March of the First Order Stormtrooper procession, and you do NOT want to be in her way.

Even if you’re not a Jedi Master and have never heard of Tatootine, you’re sure to recognize stormtroopers. Their white plastic uniforms, square shaped helmets, precision, and intimidation is not only instantly identifiable; it’s iconic. So when the platoon starts their March from Star Wars Launch Bay to Center Stage at Disney’s Hollywood Studios, it’s sure to draw a crowd of onlookers. You should be one of them. 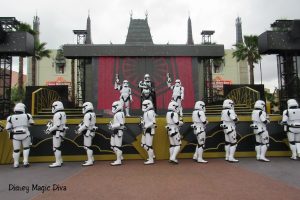 Captain Phasma, for you Padawans, is the commander of the First Order Stormtroopers. Each day at the top of the hour she leads a platoon of stormtroopers in a procession from Launch Bay to Center Stage. 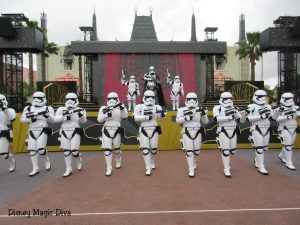 when the Stormtrooper March will occur so you don’t miss it!

Disney Diva TIP: Take note of where the tape is on the ground. You’ll see a center pathway outlined which leads to the stage. There is also a line of tape all across the front of the stage. A great spot to view the Stormtrooper March and show is right in the 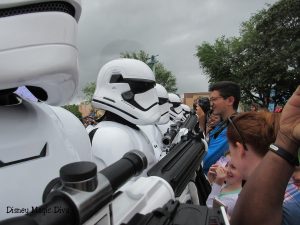 corner where the center pathway meets the front line. By standing here, you can get a great view as the stormtroopers march by, and you’ll be right in front to see the show.

Once the stromtroopers reach the front of the stage, they form a single line the width of the stage and turn to face the audience. Captain Phasma then continues to bark commands. “I answer to General Hux and you answer to me.” Just in case you didn’t know, I guess. Then, “Advance!” and the stormtroopers start marching toward the audience. They periodically stop, and you think they will eventually turn around. But, no! They keep advancing until they are literally nose-to-nose with the front row of the audience. Talk about intimidation!! 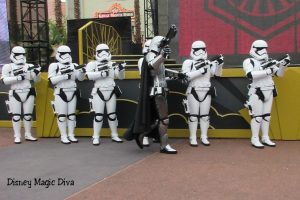 Eventually, the stromtroopers do retreat back to the stage, and Captain Phasma comes off the stage to inspect her troops. Of course, the stormtrooper guards do fire their blasters on stage a few times, over the heads of the audience, because what’s a procession and inspection without a little blaster fire?

Finally, Captain Phasma is satisfied with the state of her stormtroopers, and they march back to the Launch Bay. The entire show is only about 5 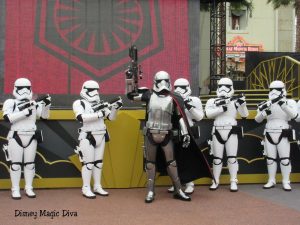 minutes long, but when you’re standing nose-to-nose with a stormtrooper, it sure seems a lot longer!

Ready to witness this spectacle for yourself? Disney Divas and Devos recommend Patricia at All for Dreams Travel.  Whichever galaxy you’re from, Leslie will be sure to find just the right travel package for you! 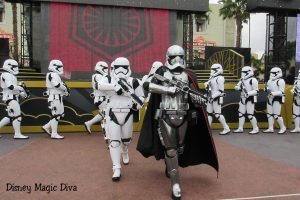 What are you waiting for? “Advance!”