That Time My Family Spent 17 Hours at the Magic Kingdom 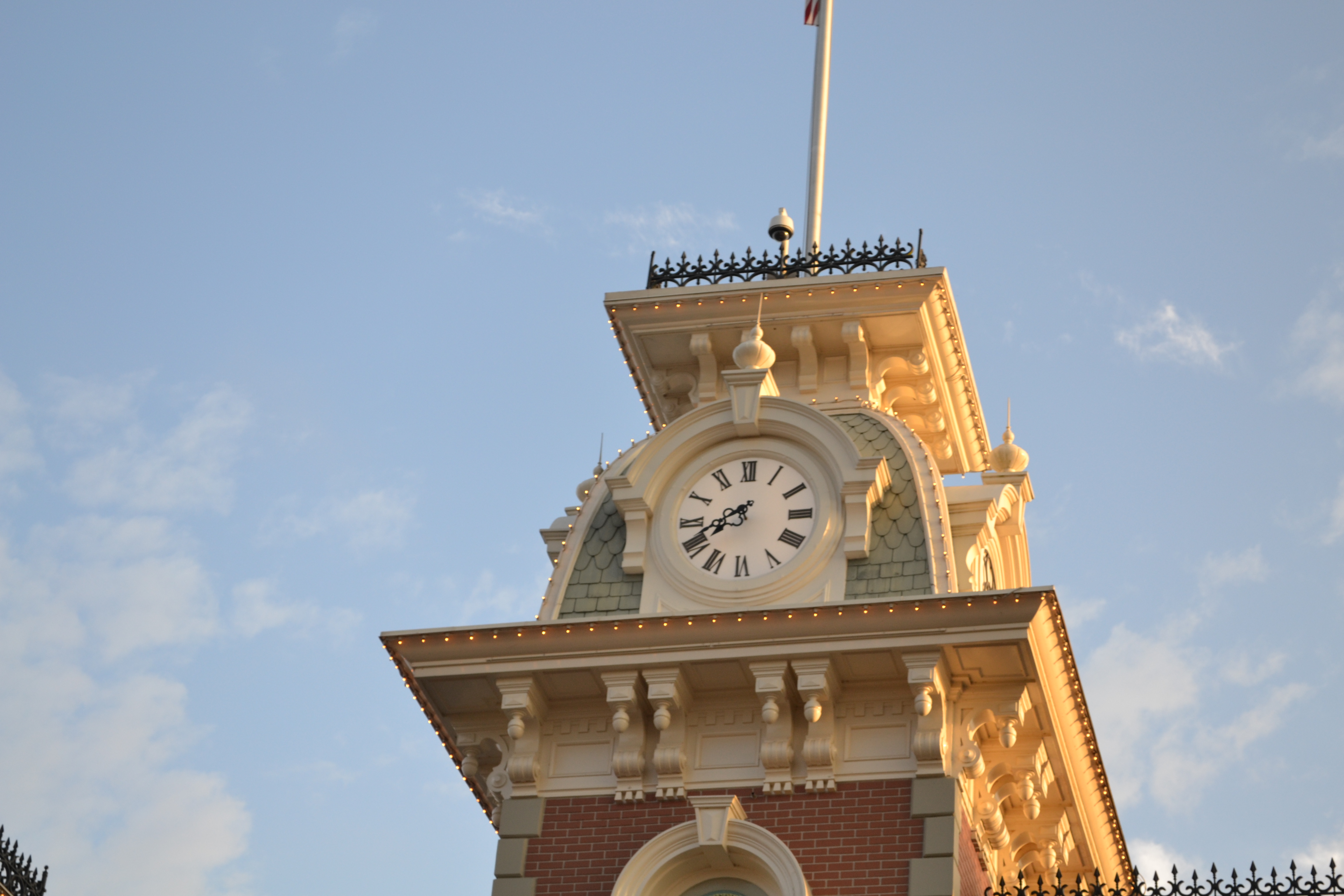 Yes, you read that right.  Seven.  Teen.  Hours.  My kids were 6 and 3 at the time, and it was one of the best days ever!  Now, I realize that we broke a cardinal “Disney Diva” rule of park touring, and that is to take an afternoon break.  We normally do that, however, this particular trip we only had one day in the park, and we were staying off-property…WAY off-property.  Taking the break meant a lot of travel time and a major loss of park time.  We persevered, and it was fabulous.  Here are all the details.

Our visit was on a Saturday in April, and the Magic Kingdom was opening at 8:00 am.  I did not want to miss the Welcome Show, so we arrived at the tapstiles around 7:30.  I had been able to score some pretty great FastPass+ reservations at our 30 day mark, but of course, the highly coveted Elsa and Anna Meet and Greet FastPasses were long gone, which meant that that needed to be our first stop of the day.  So, after a couple of the necessary pictures in front of Main Street Station, we headed to the tunnel on the right to get in line.  This put us in a pretty prime spot for entering the park, but not front and center for the Welcome Show.  It was still pretty amazing and super magical for my kids even if it was a side view. 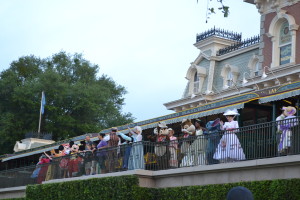 We entered the park after the Mickey-led countdown and proceeded directly to Elsa and Anna.  We waited for about 20 minutes and were able to check a pretty major “to do” item off of our check list by 8:30.  We exited the Elsa and Anna area and immediately entered the line for Cinderella and Rapunzel which was completely empty.  (Poor Cindy and Rapunzel, the Frozen ladies are stealing their thunder for sure.)  So by 8:40 we had four shiny, new autographs in our books and were ready to hit a ride. 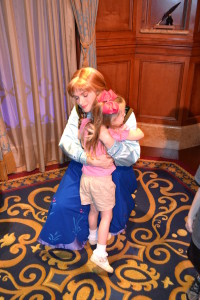 My son’s all-time favorite ride in the park (at the time) was Goofy’s Barnstormer, so we were off to Storybook Circus for a ride on the Barnstormer and a spin of Dumbo.  Knowing that The Many Adventures of Winnie the Pooh can get a pretty long line, we headed there next and then to the Mad Tea Party, before heading to Tomorrowland.

After walking on to Buzz Lightyear’s Space Ranger Spin, I noticed that the line for Space Mountain was only about 10 minutes, so I told my husband to give it a try while the kids and I rode the Tomorrowland People Mover.  We were done with that before my husband was done, so we took one more ride on Buzz before meeting back up with him and heading to the New Fantasyland for some quality time with Ariel.  It was about 10:30 by this time, and Under the Sea with the Little Mermaid was our first time actually standing in a real line.  After that ride, we headed to Ariel’s Grotto for another meet and greet.  We hit the bathrooms (Disney + toddler = lots of bathroom stops) and then we headed to our absolutely delicious lunch at Be Our Guest.  You can read all about it HERE.  We were a little early for our 12:35 reservations, and they are pretty strict about checking people in no earlier than 5 minutes prior to their reservation, so we killed a little time snapping some pictures and then checked in. 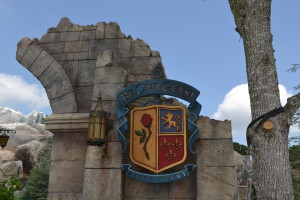 After our lunch, we had a FastPass+ reservation for Peter Pan so we rode that, followed by Prince Charming’s Regal Carousel and Mickey’s Philharmagic.  I had planned on us spending some quiet time on one of the more relaxing experiences in the park, so we made a bee-line for the Hall of Presidents.  I spoke with a couple of the cast members who gave us the green light to sit all the way in the back and sit through two showings so that my kids could rest and maybe go to sleep.  Unfortunately, my husband was the only one who fell asleep (insert heavy sigh and eye roll here), so we exited the Hall of Presidents and set up camp directly outside for the Festival of Fantasy parade.  While I got the kids settled and started pulling out our rain gear (since it was starting to sprinkle), my husband headed over to Sleepy Hollow for a funnel cake (for him) and an ice cream cookie sandwich (for me).  The only thing better than a Disney parade is enjoying a snack during said Disney parade, but I digress….  The parade takes a curve right in front of the Hall of Presidents which doesn’t make the view as great as it is on Main Street, but the crowd is significantly smaller which still makes it a pretty pleasant spot for parade viewing. 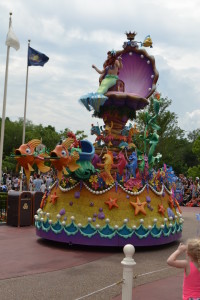 After the parade, we forged on to Adventureland where we enjoyed a Magic Carpet Ride and a voyage on Pirates of the Caribbean.  At this point the heat was kind of getting to me, so we sat through a showing of the Country Bear Jamboree which was just as cheesy as it was when I was a kid, but it had air conditioning, so color me happy.  Our FastPass+ reservation for Big Thunder Mountain Rail Road had come up, so we went there, and then entered the standby line for Splash Mountain.  After getting sufficiently wet, we hopped on the Walt Disney World Railroad and took the full loop just to dry off and rest our feet.  We grabbed a quick bite at the Pinocchio Village Haus and then it was off to our last FastPass+ reservation:  the long awaited Seven Dwarfs Mine Train.  It was a family favorite for sure. 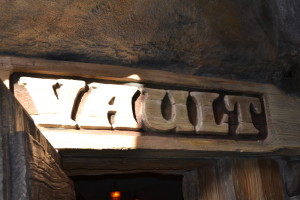 At this point we had checked everything off of our list that we wanted to do, so we were able to just revisit some old favorites.  My son LOVES the thrill rides, so he and my husband hit the Seven Dwarfs Mine Train, Big Thunder Mountain and Splash Mountain a few more times while my daughter and I rode Dumbo and the tea cups over…and over…and over.  At some point in the night I was able to enjoy my all-time favorite Disney snack—the Sweet Cream Cheese Pretzel—as well as a Raspberry Lemonade-Slushy from the Cheshire Café closer to midnight.  I was able to catch a few minutes of the Electric Parade while walking across the park with my daughter to catch up with the boys on Splash Mountain. 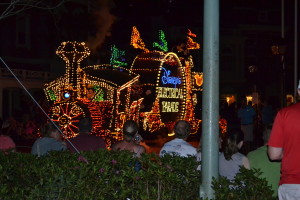 So at 12:30 am, after 4 shows, 5 princess autographs, 5 restaurant visits, roughly 30 rides, and 17 hours at the park, we trudged our sweaty, tired, hurting feet down Main Street and back to our car.  I was exhausted, but it was one of the happiest days I’ve ever had with my kids.  They loved every single second in the park.  And I wouldn’t trade the sore, blistered feet I had that night for anything.

If you are thinking you and your family may be spending all day in one park, here are some things I learned from our 17 hour visit.

I will always cherish our 17 Hour Magic Kingdom Day as one of the best days ever!

For help planning your 17 hour Disney day, contact Patricia at All For Dreams Travel.