The 2021 Epcot International Food & Wine Festival: Should You Go? 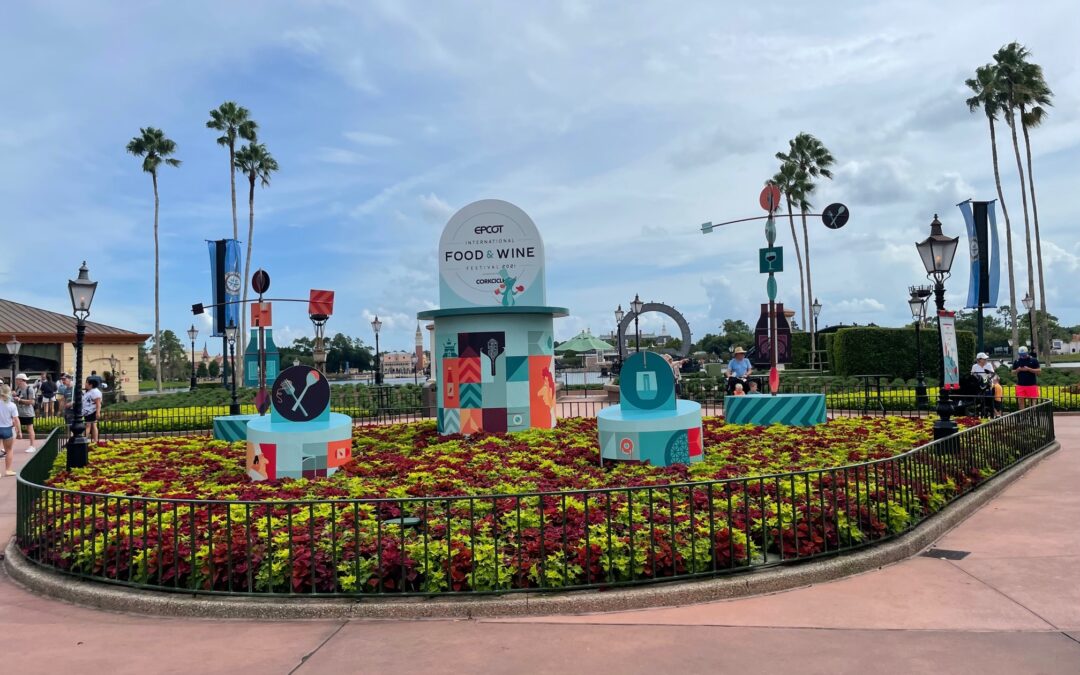 I recently visited the 2021 Epcot International Food and Wine Festival. The event has been held for the past 25 years, and I’ve probably visited about 20 times over the course of eight different festivals. The big question for me when I was attending the Festival this year was whether pandemic protocols and cutbacks would negatively impact my experience. Would it be any fun to attend this year’s Food and Wine Festival? 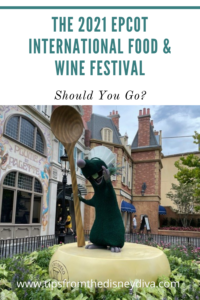 Epcot held its first Food and Wine Festival in the fall of 1996. It ran for 30 days and featured a few booths. As the festival became successful, celebrity chefs and corporate sponsors stepped in, and it soon became an extremely popular event featuring cooking demonstrations, food and beverage seminars, dining events, special concerts, and parties. The event got longer and the number of kiosks multiplied. In 2019, the Epcot International Food and Wine Festival lasted a record 87 days and featured 31 global marketplaces.

Then in 2020, the pandemic changed everything. The Festival opened earlier than ever before, July 15th, but was drastically modified, combining elements of the popular Flower & Garden Festival (typically held during spring) but featuring only 20 kiosks and no seminars or other events. It was so abbreviated that it was called Taste of Epcot Food and Wine Festival. 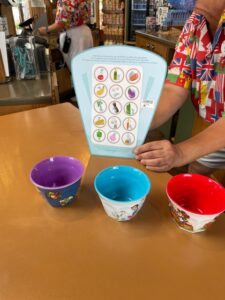 This year’s festival, while more robust than last year’s, still is a drastically different experience from any other year that I have attended (I did not visit during the 2020 event).

The minute I entered Epcot through the International Gateway, I was struck by the fact that everything looked surprisingly “normal.” There was still a special Festival Passport to serve as your guide to the marketplaces and entertainment. There were many food booths (there will eventually be 34 this year) that were open and doing a brisk service in the hot August sun.

As in previous years, there were long lines for the marketplaces on the weekend and much shorter lines during the week. 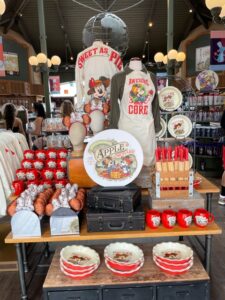 The popular scavenger hunt, Remy’s Hide & Squeak was back as was Emile’s Fromage Montage, a cheese crawl where you sample 5 cheesy tastes around the World Showcase and receive a bonus treat. And there was super cute festival merchandise on sale.

There are a handful of new booths this year, and it’s always exciting to try new tastes. The new booths include: Brew-Wing at the EPCOT Experience, Kenya (a renamed Africa booth), Lobster Landing, Mac & Eats, The Noodle Exchange, Rotunda Bistro in American Adventure, The Swanky Saucy Swine, and Tangierine Cafe — Flavors of the Medina.

Also new (at least to me) is a clear designation on the passport of which items are plant-based. In the past, there was a vague “V” on some items, and it was not 100% clear if this signified whether something was vegetarian or vegan. Now a small leaf motif designates items that are “Made without animal meat, dairy, eggs, and honey.” 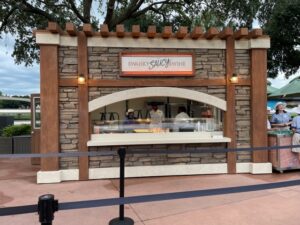 The Swanky Saucy Swine was one of the new food marketplaces this year.

Gone, for this year at least, are the food and beverage seminars, celebrity chefs, tastings, culinary demonstrations, parties, and other special events.

This was quite a blow to me, because in past years we have always attended one or two of the beverage seminars, which have been held several times a day and feature a different winery, brewer, or distillery each time.

In past years, we have also watched the culinary demonstrations in the Festival Center (which no longer exists) and the kids have participated in free activities like creating candy sushi. 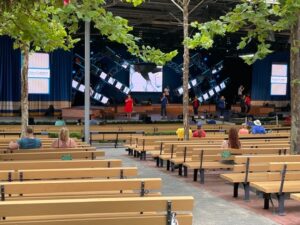 Eat to the Beat concerts have been replaced by local bands and Epcot standards like Voices of Liberty.

Also gone, for the second year in a row, are the popular Eat to the Beat Concerts, which have featured popular artists from the past, including some fairly big names like Living Colour, Boys II Men, Hanson, Air Supply, David Cook, and 38 Special.

This year’s festival was certainly different, but it was still highly enjoyable. I liked the new marketplace additions. I felt like there were more varied dishes and lots of vegetarian-friendly fare.

However, I do really miss the all the food-related events and the Eat to the Beat concerts. I have made specific trips to the Festival in years past just to see a particular band or attend a specific beverage seminar. I hope that these aspects return to future Food and Wine Festivals because that is what sets the event apart and makes it special.

Patricia at All for Dreams Travel helped me plan my trip and she can do the same for you! Her services are always FREE. Contact her for all your Disney (and other!) travel needs.