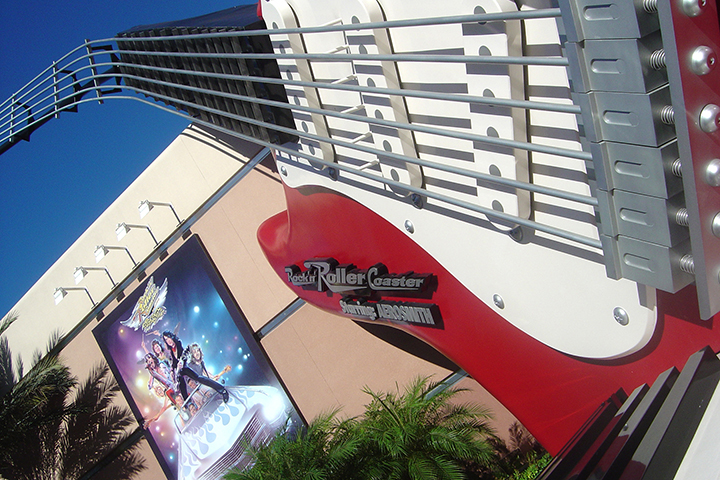 Most experienced Walt Disney World guests knows how crucial it is to arrive at the parks before the gates have opened to minimize wait times at the most popular attractions. In fact, I’ve heard park attendance statisticians say guests who arrive at opening will accomplish more in the first hour of the day than guests who arrive after the first hour will accomplish in their next 3 hours (did all that math make sense?). 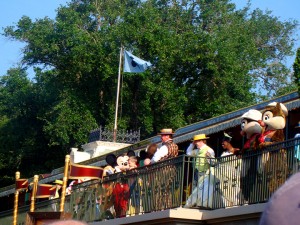 I love being at the parks for rope-drop. There’s something really special about waiting outside the gates in the early morning sun, with a group of equally enthusiastic guests, all waiting to hear that morning announcement so they can storm the park like the bulls of Pamplona.  The excitement is palpable, as we all visualize where we’ll head first, knowing that we’ll be able to hit multiple headliner attractions in a row with no wait, like the park was reserved just for us.

So it begins; the turnstiles have begun clicking, and you’re at the front of the stampeding, Mickey Ear-wearing mass of ride-ravenous tourists. Where to first? 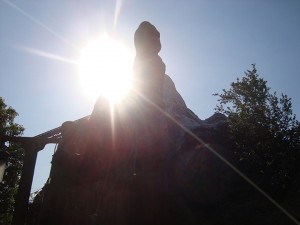 At the Animal Kingdom, I bank right at the Tree of Life and head toward Asia to tackle Expedition Everest first thing.  Nothing kicks your day off better that a high-speed train ride through a Yeti infested mountain.  Also, the view at the top of Everest is spectacular, as you can see the entire resort in the clear morning sun. If your party contains the tiny or the timid, stop at Dinoland USA and get Dinosaur out of the way first. After conquering one or both of those attractions, I recommend traveling to the very back of the park to Kilimanjaro Safaris to enjoy the animals as they are just waking up. 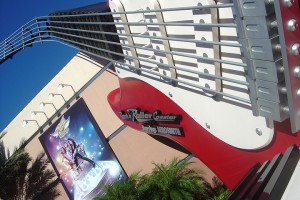 Let’s head to the Studios next. At soon as the director yells “action,” families of all ages head to what is arguably one of the busiest attraction in all of Walt Disney World; Toy Story Midway Mania. The attraction is a 3-D shooting gallery appropriate for all ages, and it is no wonder the line can grow to hours by mid morning. Next, I like to head to Hollywood Boulevard for the 1-2 punch of The Tower of Terror and Rock N’ Rollercoaster. If you have little ones that can’t handle the high intensity thrills (or my wife), skip these and head to the Great Movie Ride, then Star Tours. The lines will still be short this early in the morning and you’ll have tackled most of the headliner attractions, leaving you plenty of time for the multiple stages shows. 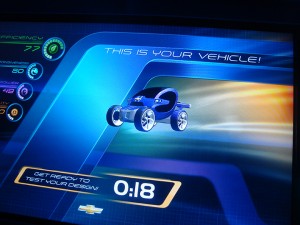 If Epcot is your park of choice for the day, arguably the other most popular attraction in Walt Disney World should be your first stop. Travel under Spaceship Earth and hang a right toward the Land pavilion. Inside, you’ll find Soarin’ a hang gliding simulator that is perfect for guests of all ages. After enjoying the sights and smells high above California, my next stop is usually Test Track, the park’s other heavy-traffic attraction. At this point you have several options depending on your party’s preferences and thrill levels. For another adrenaline-inducing ride, head next door to Mission: Space.  Or you might want to consider visiting The Sum of All Thrills inside Innoventions. This little known attraction lets you design and ride in a simulator of a roller coaster you design, and can have long waits due to its limited capacity. Personally, I like to finish up the smaller attractions in Future World, before heading to World Showcase just in time for lunch. 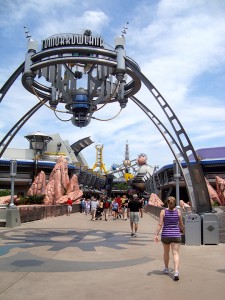 What to hit first at the Magic Kingdom is a hard decision. Maybe you’re a family with smaller children and bouncing honeypots and flying pirate ships in Fantasyland are your top priority. If Frozen is still your obsession, it might be worth it to make your way to get in line to meet Anna and Elsa.Or maybe you’re a fan of the Disney mountain range, and you have to decide whether to travel to space, an old-timey gold mine or Chickapin Hill first. The Magic Kingdom is so popular and full of so many classic attractions, it’s difficult to know where to start.

I like to begin in Tomorrowland and hit Space Mountain first. There is just something about racing down Main Street in the hot Florida sun and entering the dark, air-conditioned Space Mountain queue, with its calming futuristic musical score and shooting star screens inviting to venture farther in. To me, the day just doesn’t feel right without rocket ship ride through the stars first thing. 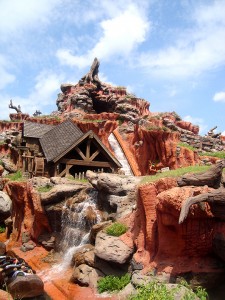 Next, I like to head to Fantasyland and knock out Peter Pan’s Flight, The Many Adventures of Winnie the Pooh, and Under the Sea. These attractions are popular with the tiniest guests and remain extremely busy until park close. After that, I recommend hitting the other two Magic Kingdom Mountains, Splash Mountain and Big Thunder Mountain. Once those attractions are all taken care of, I say go where the day takes you.

Now, if Princesses are important to your little princess, it might be worth it to head to Enchanted Tales with Belle early on, as this attraction remains very popular, and due to its low per hour capacity, has long lines throughout the day. And come this summer, the Seven Dwarfs Mine Train will be opening, and will likely move to the top of the list for morning attractions. The Magic Kingdom offers so many different experiences for different tastes that it’s hard to say what’s number one for you.

So, whether you’re looking for high-speed thrills or a little face-time with your favorite characters, being at the parks first thing in the morning is well worth waking up early for. And really, who can sleep when a big plate of Mickey waffles is waiting for you?