The Carthay Circle Theater (Theatre) was a Los Angeles landmark from 1926 until 1969, where many movies made their theatrical debut, including Walt Disney’s “Snow White and the Seven Dwarfs” in 1937.
Now it’s been replicated in Disney California Adventure at Disneyland Resort as a fine dining establishment. My wife Barbie, her cousin Jill, and Jill’s husband Zach, and I had dinner here on our trip in February. 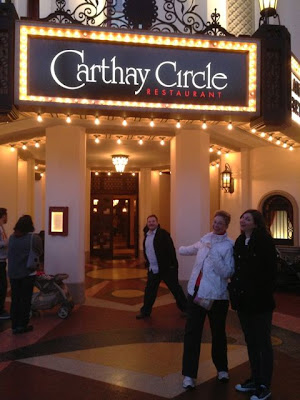 There are several pieces of memorabilia from the premier of “Snow White and the Seven Dwarfs” as you enter. 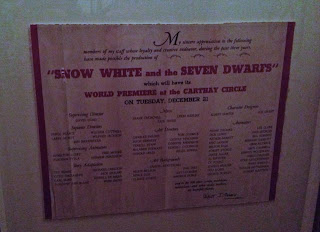 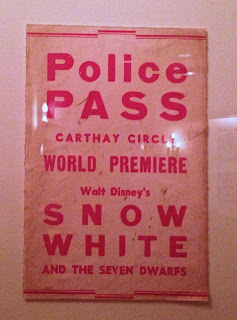 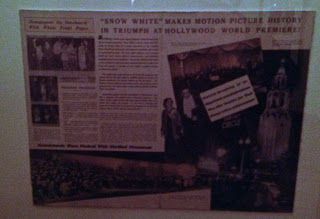 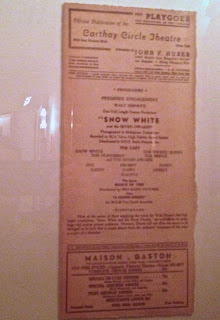 A lounge is on the right. 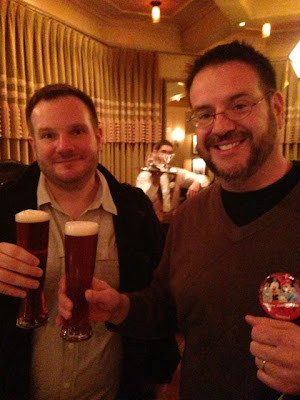 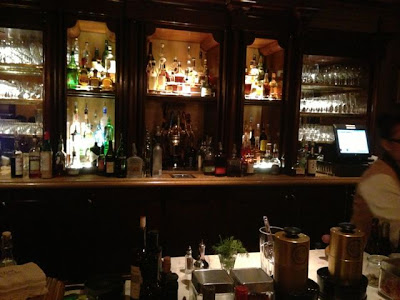 There are photos of Walt Disney with his family and other luminaries throughout the entire restaurant. 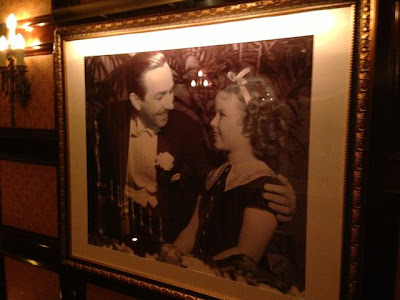 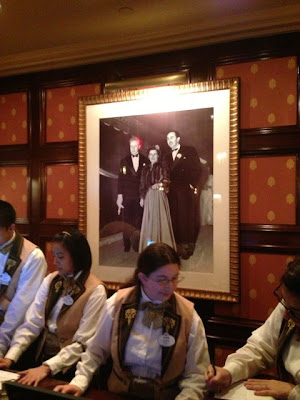 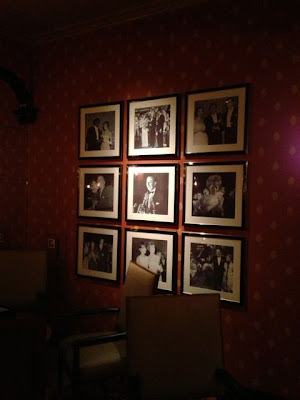 There is also a display of original Snow White animation art that hung in Walt Disney’s home! 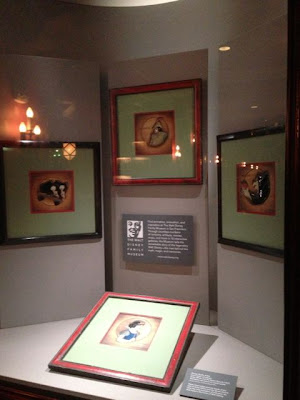 The restaurant is upstairs, and is lovely. 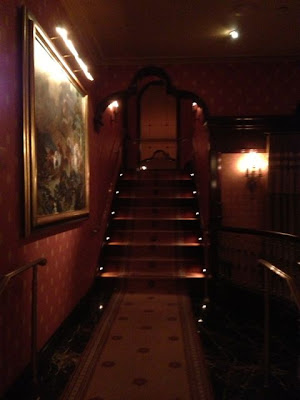 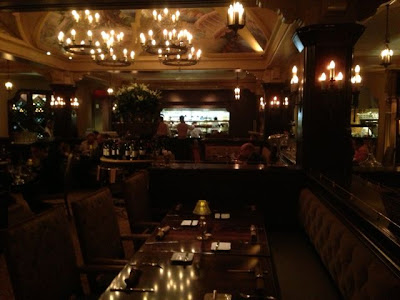 There are illustrations on the ceiling that make you feel as if you were in the forest with Snow White. 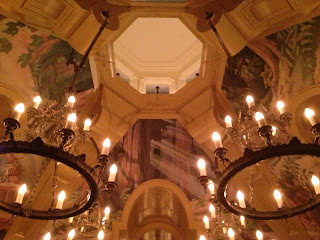 There are also private rooms, and we were very pleasantly surprised when we were escorted to the “Hyperion Room”! 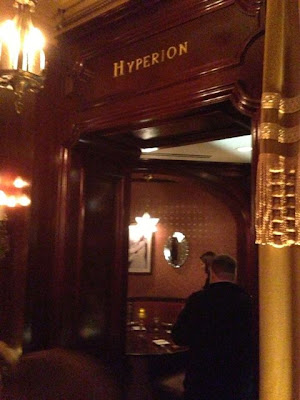 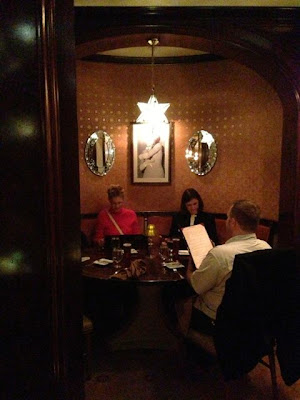 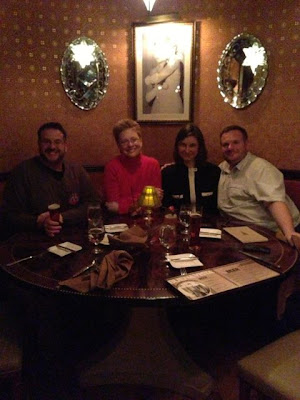 And the food? Excellent!

The biscuits were very good… 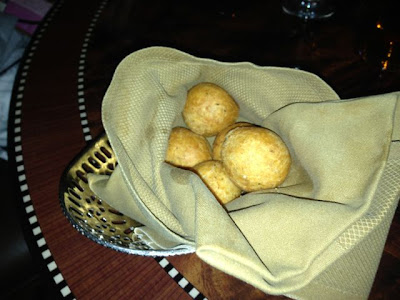 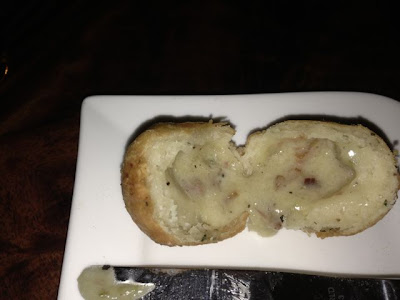 …but the Ginger Pork was outstanding! 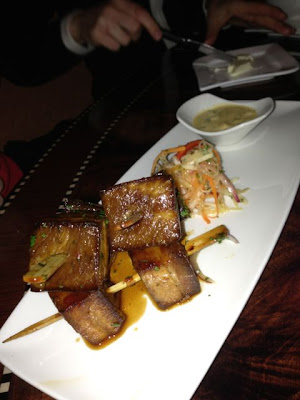 For entrees my wife and I both ordered the Short Rib Raviolis Sauteed in Sage Brown Butter – Winter Squash, Portobello Mushrooms and Sprouts, $27. Very nice, and while the portion looked small when first served, they filled me up! 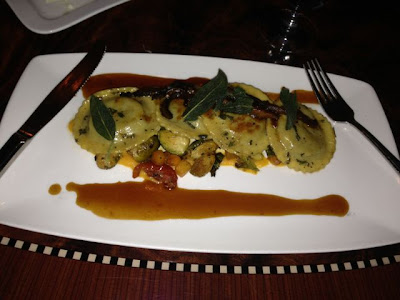 Jill had the Skuna Bay Salmon with Hot Almond Dried Cranberry Couscous and Lemon thyme vinaigrette, $30. She really enjoyed this. 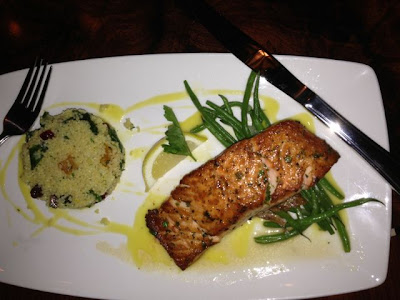 Zach had the Santa Maria Braised Pork Pot Roast with Sour Cream Smashed Potatoes, and Dried Cherry Zinfandel Sauce, $31.
He said the pork roast was even better than the ginger pork satay, which means I will have to get this if it’s still offered on our next trip. 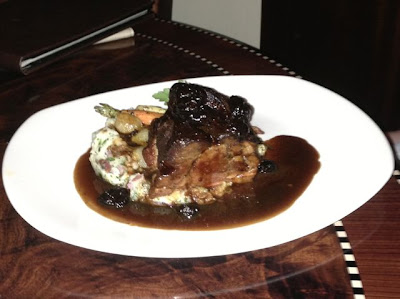 We were all pretty full, but we managed to split a dessert, which, even though I can’t recall the name or cost, was delicious. 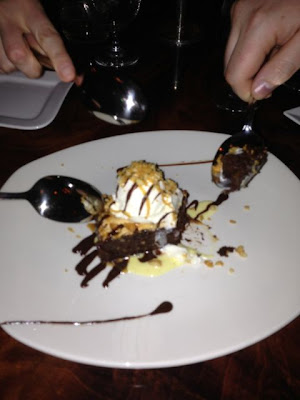 As I’ve already said, this was an excellent dinner, and we are already looking forward to our next trip so we can enjoy another fantastic meal here.

This article was originally posted on the Disney Musings Blog, which Nick co-writes with his wife.