The Character Spot at Epcot 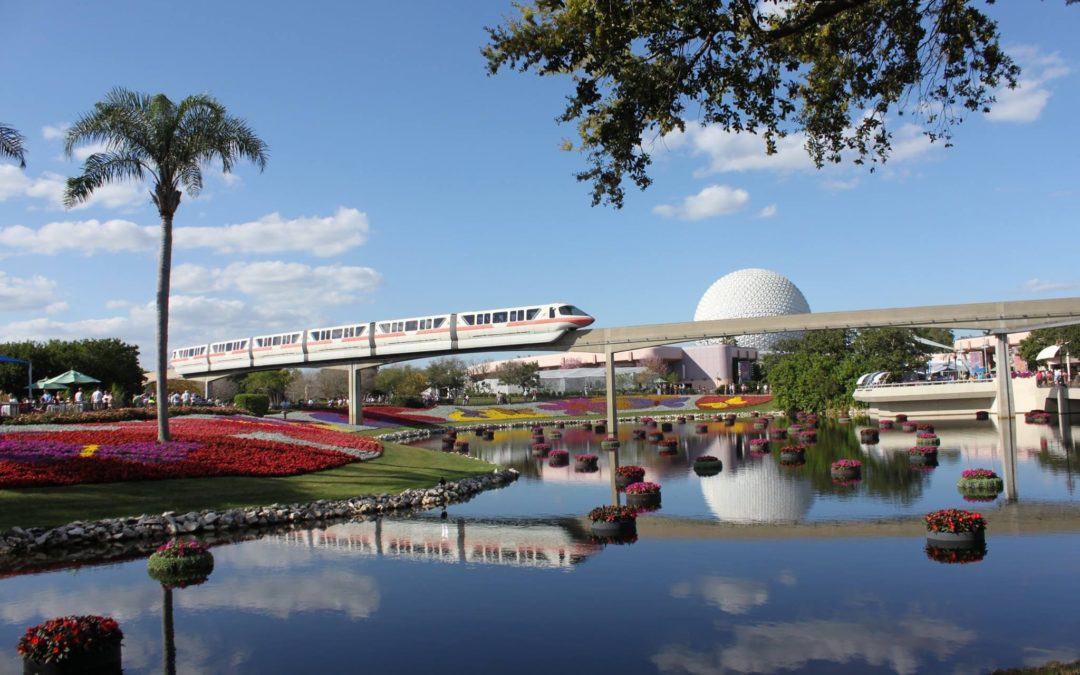 When it comes to meeting characters, my philosophy is “why stand in line when you can eat a buffet while they come to you?”  But some Disney trips are quick, and there isn’t the time or the budget for a character meal.  That was the case in September when my son and I embarked on our 4 Parks in 1 Day Birthday Challenge.  We were only going to be in the parks for one day, we were staying off property at the Wyndham Garden (review here) and we didn’t have the dining plan, so we didn’t plan a character meal.

My son and I had already been to Animal Kingdom and Hollywood Studios and were hanging at Epcot when our hopes of riding Test Track were dashed when it started to rain.  So before heading out, we stopped by Epcot’s Character Spot to hob nob with the Head Cheese himself.  I had never been to the Character Spot before, so it was a new experience that I thoroughly enjoyed.  It was about 5:00 in the afternoon, and there was virtually no standby line.  The standby clock said 20 minutes, but I don’t think we waited that long.  We were able to walk right up to where the standby and FastPass lines meet, so we waited for a handful of people to get in front of us, and then the cast member let us “past the curtain” and into the main waiting area.  We were separated from Mickey and his pals by just a wall.

As the cast member called us to round the wall, Mickey was the first character we encountered.  He made sure to acknowledge our birthday buttons and even found a way to use his hands to ask how old we were.  My sons answered truthfully, while I told him that I was “old enough.” The Photo Pass photographer took our picture, agreed to take pictures with my camera, and scanned my Magic Band. 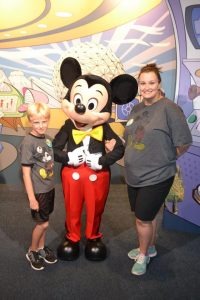 Then we moved on to the next character—Goofy.  He was his normal, silly self, and it was the same process as with Mickey…Photo Pass pictures, personal camera pictures, scanned Magic Band, move on. 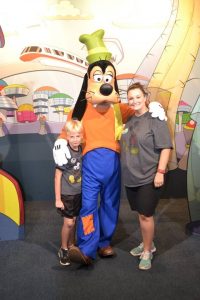 After moving on from each character, we waited for a family or two to meet and greet before we stepped up.  Minnie Mouse was the final character in the lineup and, she was as sweet and friendly as ever.  We went through the same process with taking pictures as we had with the previous two characters, and that was it. 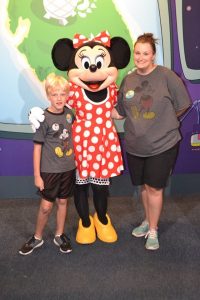 The Epcot Character Spot is a fun way to meet up with some popular, classic Disney characters.  It’s inside so that means it’s dry and air conditioned—two very important qualities for a Disney attraction considering the central Florida weather.

Typically, the Character Spot does not have extremely long lines, but during busy season it can get crowded.  FastPass+ is available for the Epcot Character Spot, and if you will be visiting Disney World during the busy seasons like the week of July 4th or the week between Christmas and New Years, then I would strongly advise it.  According to Disney’s website, Mickey, Minnie and Goofy are always the characters in the Character Spot, so the characters don’t rotate in and out like some character meet and greet locations.  The Character Spot is the only place at Epcot to meet Mickey, Minnie and Goofy…with a couple of exceptions.  These three characters along with Pluto rotate in and out of the Disney Visa Cardmember Character Experience which requires a Disney Visa Card to access.  Mickey also greets diners at the Garden Grill restaurant alongside Pluto, Chip N Dale.

So if you plan to be at Epcot and want to rub elbows with three member of the Fab Five, then the Character Spot at Epcot is the place to be.

Ready to book your next Disney vacation? Contact Patricia at All For Dreams Travel for a free quote! Best of all, her services are FREE!

I am a Disney-loving former second grade teacher turned stay at home mom of two kids whom I homeschool and the wife of a Disney-tolerating husband. (But I think I am slowly starting to convert him!) If I'm not at Walt Disney World, you can probably find me planning my next Disney vacation or day-dreaming about being in the Magic Kingdom. I also love monograms, reading, Sonic Cherry Limeade's, autumn, and teaching kid's church.