The Ever Famous Disneyland Dole Whip 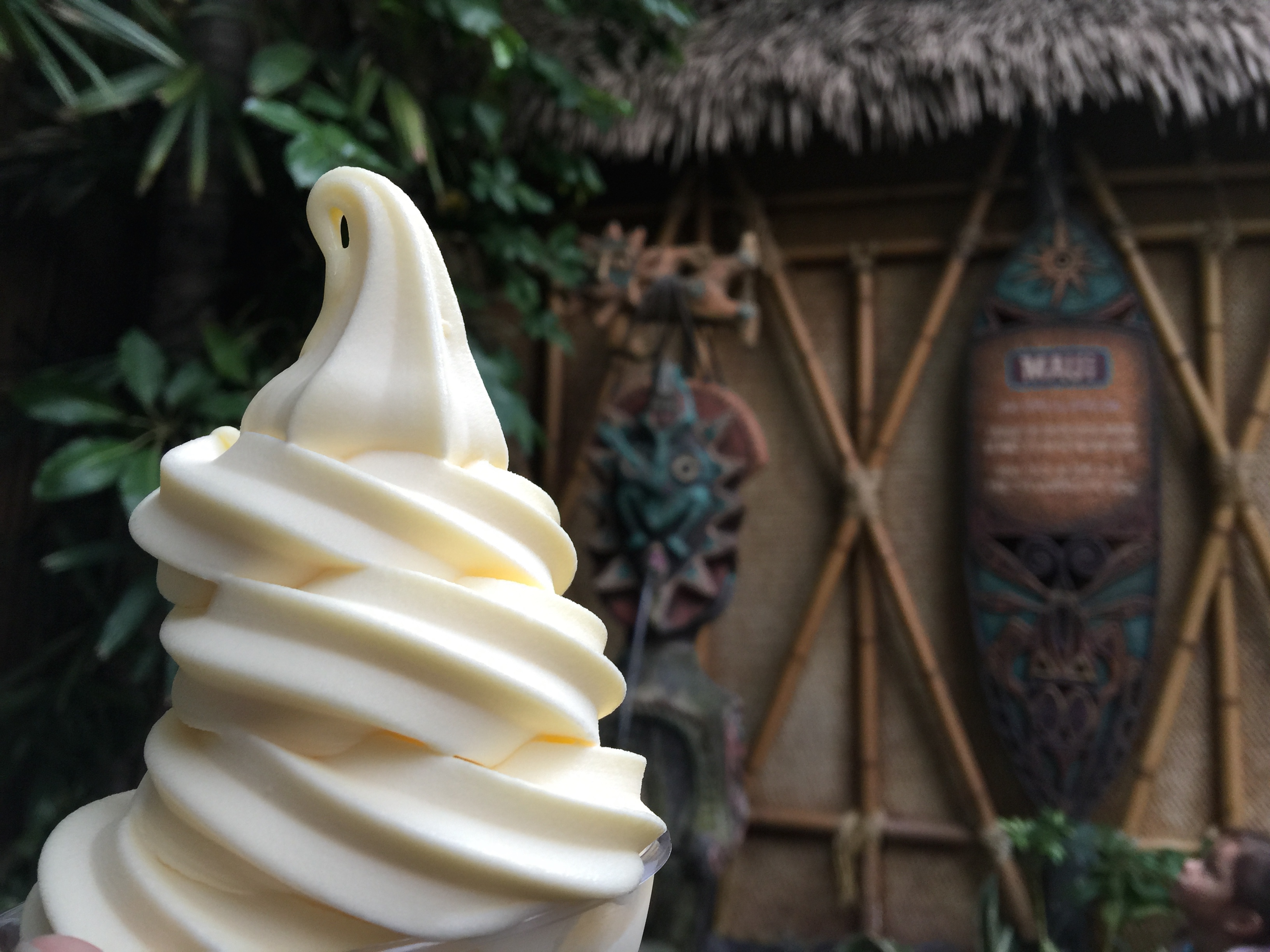 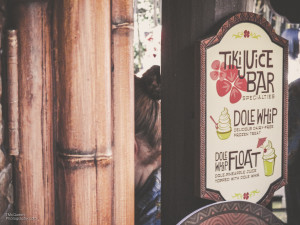 Without a doubt one of the most popular (and fan favorite) Disney park treats is the Dole Whip. I’ve heard about this Dole Whip for years.  What could it be? Is it just a “trendy thing” to pick up at Disney?  How is it ever worth waiting in that long line to get one?

I shamefully admit, for many years I was a Disneyland loving person who would always walk pass that Dole Whip stand thinking, “I am never waiting in that long line just for a yogurt thing”.
I never gave the ever famous Dole Whip a chance…until this past March. My family and I put the Dole Whip on our “things to do” list for this years Disneyland trip, none of us had ever tried one…ever.

While scoping out the Dole Whip stand, which is right in front of the Enchanted Tiki Room, I noticed that there is more than one line!  One is the general line you see in front of the stand that can sometime stretch all the way to Aladdin’s Oasis on a crowded, hot day.
However, there is a second line that you may not see or know about!  Inside the waiting area of the Enchanted Tiki Room there is a Dole Whip counter there only for people waiting to see the show!  This line is usually pretty short and you can enjoy your Dole Whip and all it’s glory inside the Tiki Room (yes, that is allowed).

My family and I purchased and enjoyed our very first Dole Whip inside the Tiki Room waiting area….then we had to get another because it was just way better then we could have imagined and sharing one with a family of three went by quick! 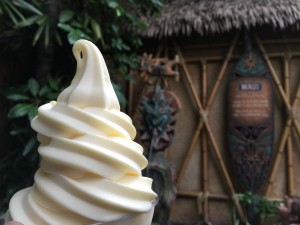 So what is a Dole Whip? It’s just plain awesome and refreshing at the same time!  This Disney treat is so delicious and different then anything I’ve really had. The best way that I can describe it is if sherbet, cream, frozen yogurt and a pineapple all came together.  It’s sweet, but not too sweet, tart, but not too tart, creamy but not too rich. It’s thirst quenching and delicious and just thinking about it makes me want some.
Now for you who do not enjoy pineapple, please give it a chance. I admit that I am not a pineapple fan at all…can’t really stand the fruit in all honestly. But let me tell you I have a new appreciation for it and it’s mild flavor in the Disney Dole Whip. 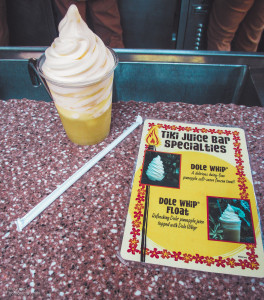 Unfortunately, you can only get a Dole Pineapple Whip at a Disney park.  I personally will be doing a little experimentation in my kitchen this summer in my attempt to make a Dole Whip like treat at home.  However, even if I got the flavor down, it just wouldn’t taste right.  Without standing in line,  listening to the “thump” of the bamboo fountain of the Tiki Room waiting area, as a child walks past and their Mickey Mouse balloon bumps me in the face…it wouldn’t be a Disney Dole Whip to me.