The Imagineering Story: A Must Watch for Every Disney Fan 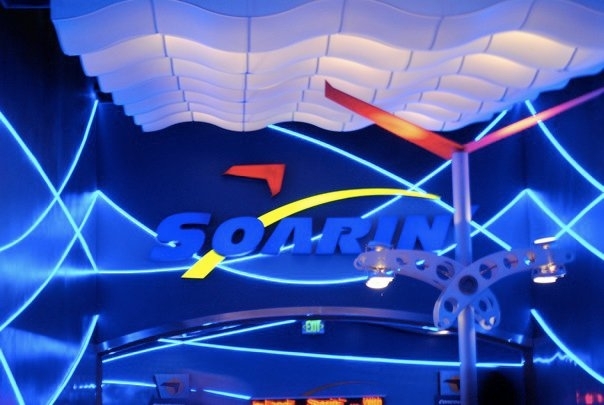 Just a few short months after the release of Disney+ I have finally started making a dent in my Watch List. I am one of those Disney fans that seek out and really enjoy watching documentaries and behind-the-scenes specials on all things Disney. They could highlight the parks, the animators, Pixar, ABC you name it, I’ll watch it. Not familiar with Disney+ yet? Check out Tiggerific Diva’s article here for “What’s All the Fuss About Dinsey+?”

One of the GEMS of the documentary category that was made readily available to us when Disney+ launched was The Imagineering Story. 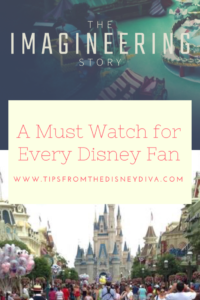 This docu-series is a 6 episode in-depth look at all things Disney, from the beginnings of the company through basically the present-day Disney that we know and love. Each episode has it’s own topic as they follow the story chronologically through the progression of the company. All of the episodes feature numerous interviews of relevant names in the given time frame. It goes from workers who knew Walt and were around at the beginning of the company through the current CEO Bob Igor and other big names with the parks and company today. They also use archives of voice recordings from people who may no longer be with us to enhance the story, including Walt Disney himself.

Episode 1 is entitled “The Happiest Place on Earth” and it starts with Walt forming the initial group of articles and engineers to create Disneyland. It shows how the concept was created and the process it took to get it built. In this episode, they interview people who were around at the beginning of the W.E.D. Enterprises and helped create Disneyland.

Episode 2 highlights the struggles the company faced after the unexpected death of Walt Disney. It shows a behind the scenes look at the opening of Disneyland and Walt’s brother Roy taking the reigns of the company to steer it forward. It is called “What Would Walt Do?” The episode covers up through the creation of EPCOT and the opening of Tokyo Disneyland in 1983.

Episode 3 is called “The Midas Touch” and begins with the ousting of Ron Miller as CEO and the entrance of Frank Wells and Michael Eisner as Chief Operating Officer and Chairman respectively in 1984. This episode was fascinating to me because it was truly an inside look at the relationship that Frank and Michael had and how they worked together to balance each other in all aspects of the company. This episode also shows the difficulty that was EuroDisney (later rebranded Disneyland Paris) and how to company dealt with that.

Episode 4, “Hit or Miss,” showcases the struggles of the Imagineering department as they are pushed to produce large quantities of the product without compromising the integrity of the company. Many of the people interviewed in this episode have great insight to what it was like to be an Imagineer during this time at the company. This episode also shows the start of Animal Kingdom and the creation of Disney Tokyo Seas. It also shows the beginning of the Disney Cruise Line, the creation of California Adventure and development of Hong Kong Disneyland, which opened in 2005. 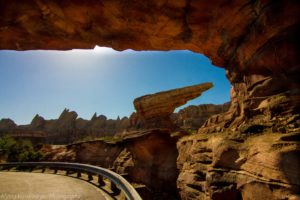 Episode 5 is called “A Carousel of Progress”. This episode starts with the entrance of Bob Iger as the head honcho of the Disney company. With his entrance, we watch the focus of the company shift back to the creative roots of the company. This episode shows the merge with Pixar and the rebranding of Disney’s California Adventure with the addition of Cars Land. This episode also gives an inside look at the impact of social media and new technology on the parks and the company as a whole.

Episode 6, “To Infinity and Beyond”, is the last episode of the docu-series. It begins with highlighting the creation of Shanghai Disneyland Resort and moves through the current day in the parks. In this episode, you will see a great insight to the opening of Shanghai Disneyland. This episode also showcases the creation of Pandora at Animal Kingdom, the re-branding of California’s Tower of Terror to be Guardians I’d the Galaxy themed, and the creation of Star Wars: Galaxy’s Edge at both Disneyland and Walt Disney World. This episode gives a great behind the scenes look at the newest technology being utilized in all of the parks.

The thing that I really love about this documentary is the interviews and glimpses into the “backstage” life at any and all of the Disney parks across the globe. It is amazing to me to be able to see the utilidors or the offices of the Imagineers in California. The entire series truly is a behind the scenes look and definitely a must-watch for all Disney fans!

Check out more of my favorite from Disney+ in my Top 10 Picks on Disney+ article! For another writer’s insight, check out Toy Story Fanatic Devo’s article here for Movies You Might Be Missing!