The Jungle Cruise at Disneyland 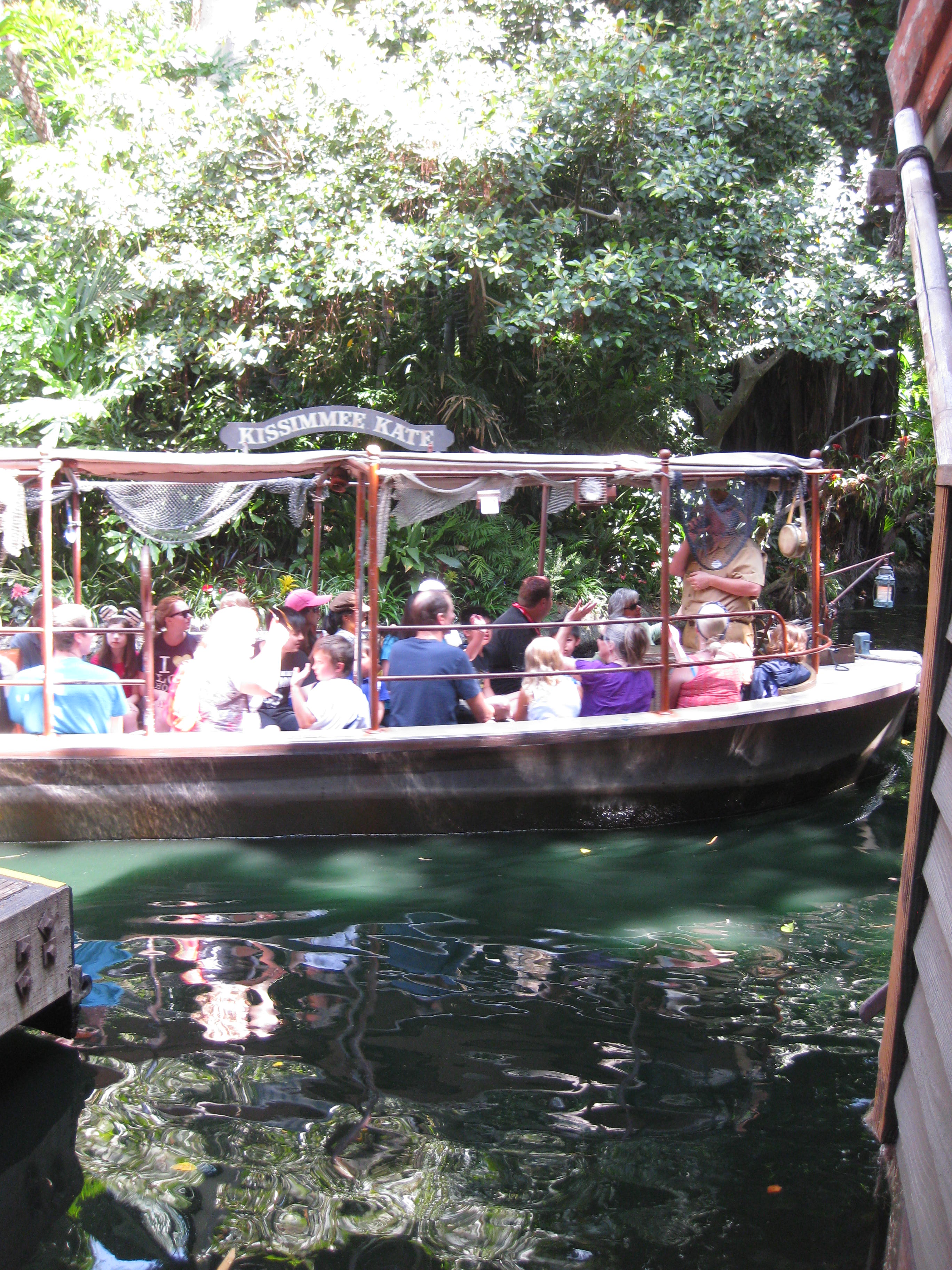 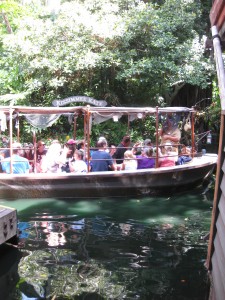 “Attention, would the guest who lost the role of $20 bills wrapped in a red rubber band please come forward. We have good news! We found… your red rubber band!” This is one of my all time favorite jokes we heard one day waiting in line for the Jungle Cruise. This is typically a ride that you either love or hate and it all has to do with the jokes.   The Jungle Cruise is one of the original attractions that opened in Disneyland park in 1955. The ride was inspired by a 1955 True-Life Adventure, The African Lion. The hardest part about the attraction construction was creating a lavish jungle on a small budget. Bill Evans, the Imagineer in charge of the Jungle Cruise, decided to take some orange trees and plant them upside down in order to give an exotic feel. Originally, they wanted to use live animals but the Imagineers realized that the animals would sleep most of the time and the attraction was changed to include audio animatronics. This way, each guest could see the animals doing the same thing on each trip.   At first, the attraction was to be mostly education in nature and continued for about seven years until the attraction script was reworked. Since then the script has been changed to include jokes, mostly puns. The ride was changed during the construction of the Indiana Jones Adventure and some of the story reflects the attraction next door. 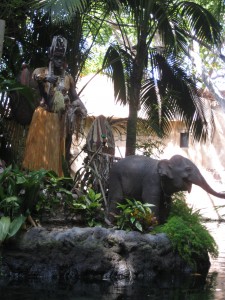 Trader Sam has a deal for you!

The Jungle Cruise has a two story cue and it can make the line really long, windy, and you may be required to go up and down the stairs before embarking on your cruise. If this is an issue, you should enter through the exit and you might need to have a special pass that is distributed from the Disneyland City Hall. The Jungle Cruise has one ride vehicle that accommodates wheelchairs and scooters for people who are not able to transfer.   As you make your way through the cue it may split into two lines. I recommend sticking to the left side. We are creatures of habit and a lot of people will naturally gravitate to the right side. We have also found that the left side tends to take more people per boat and it helps to keep that side of the line moving faster. 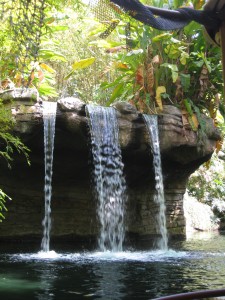 Schweitzer Falls (Note, In order to see the back side of water please look at the back of your scree)

As you leave civilization you will be asked to waive at all the beautiful people. Don’t forget the ugly ones… They have feelings too. Here your skipper will brief you on your wonderful 7 night and five day excursion. The boat will take you deeper into the jungle to an ancient elephant bathing pool where you can see Bertha who has been taking a shower since 1955. Next, you will stop by a settlers camp to find some monkey business. You will see Schweitzer Falls, named after the great philanthropist, Dr. Albert Falls. As you continue you will see a Zebra that is dead tired, a local uprising, the back side of water, a hippo pool, and Trader Sam. He always seems to have special going on so don’t forget to plan for some souvenirs. 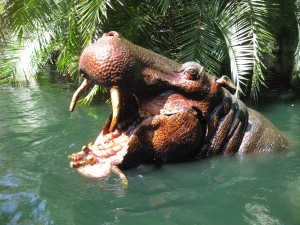 The Jungle Cruise is one of my family’s favorite rides. We love the jokes. A great Skipper can add a lot of excitement to the journey whereas a bad one will want you to jump out and swim back to civilization. Next time you visit Disneyland you should take a visit. It’s a great attraction to catch in the afternoon when your feet are tired and you could use a place to sit for a few minutes. It doesn’t have a huge thrill factor but you will want to cover your kids ears during the Hippo segment because the skipper will fire a warning shot at a charging hippo. 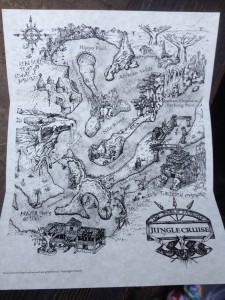 Jungle Cruise Map. Ask a cast member nicely for a copy when you exit the ride vehicle.