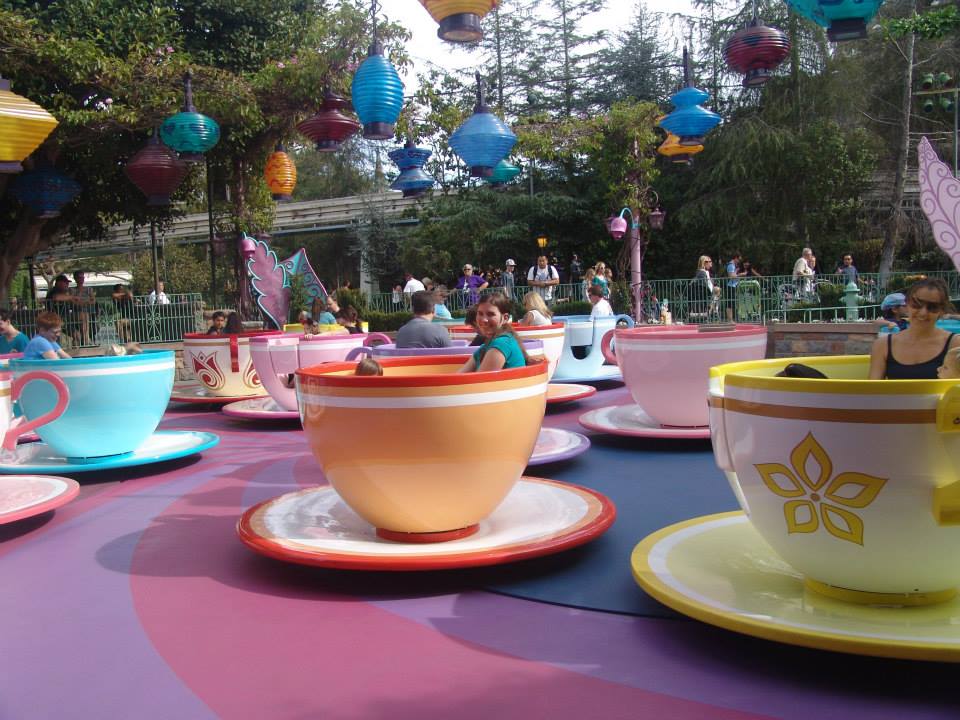 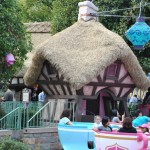 One of the most iconic Disney rides of all-time is the teacups. Not only are they featured in practically every Disney commercial known to man, but they have been in Disneyland and the Magic Kingdom since they opened, July 17, 1955 and October 1, 1971, respectively. Yes, the teacups are one of the few attractions at Disneyland that have been there since Day One. Officially known at Disneyland and Disney World’s Magic Kingdom as the “Mad Tea Party” attraction, the teacups are a spinning, whirling, twirling, wonderland of fun! Climbing into these over-sized teacups will make you feel like you’re in the middle of the Mad Hatter’s Tea Party… or at least ate something that made you grow smaller.

If you decide to take this ride for a spin, there are a few things you’ll want to keep in mind. First, let’s talk about the logistics of the ride: The ride can hold quite a few people comfortably (I’ve ridden with four adults or two adults and three small children in the past), and there is no age requirement. This worked out great for us on our last trip, where we had my son (who was eight months old at the time) and my daughter who was two and a half. Not only was it one of my daughter’s two favorite rides (she also loved the Astro Orbiter), but it was something we could all ride on as a family without worrying about height requirements or anything like that. 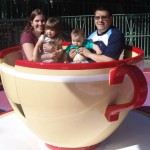 While you’re waiting in line, you can watch the teacups spin and make their way around the platform, all while listening to the music tooting of the Mad Tea Party background music from the 1951 Alice in Wonderland cartoon. There’s just something about listening to all of the piping and tooting of the music that really puts you in a bubbly, perky, Alice in Wonderland mood. Also, if you’re traveling with kids, you may want to consider asking them what color or design of teacup they may want to ride in. Because you get to pick which teacup you ride in, this can be a good way to pass the time… and also tell you which one to make a beeline for (It is important to remember that everything is based on a first come, first served basis based on where you are in the line). If your child really has their heart set on a particular one, and if you don’t mind waiting, you can always let other people go ahead of you to ensure that you get the particular teacup you want. Disney Diva Tip: Okay, so this is more of a rumor, as I have never really paid attention, but several people claim that the plain purple/lavender teacup is the fastest. Whether or not this is true or just the placebo effect, if you want to go fast, you may want to ride in this one… and if you don’t, well, now you know which one to avoid. 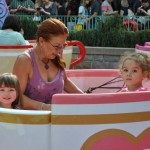 Once you get inside a teacup, you will notice a steering wheel in the middle of the teacup. To make the ride spin, you can turn the wheel, the idea being that the faster you turn the spinning wheel, the faster your teacup will spin. Note: People who get motion sickness or don’t like spinning attractions may not find this think that this ride is their cup of tea. One of my most vivid childhood memories at Disneyland is riding in a teacup with my grandpa, uncle, and two younger sisters, and my grandpa cautioning my uncle to go slower, while my sisters and I begged with glee to go faster… And while my grandpa did not get sick, he did not enjoy it nearly as much as my sisters and I did… thankfully my poor grandpa was always a good sport! Disney Diva Tip: So what do you do if you don’t think this ride is for you, but still want one of those iconic pictures of you in a teacup? Thankfully, there is a photo op right outside the ride at Disneyland (not sure about the other locations) where you can climb into a giant teacup and take pictures to your heart delight. And even if you do ride the ride, this can be a great photo op of you in a teacup that you might not have time for before or after the ride. 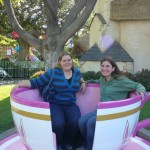 Another thing to be aware of is that while this ride does not have any height restrictions, children under the age of 7 must be accompanied by an adult, and according to the Disneyland website, this ride falls under the category of “Must Transfer from Wheelchair/ECV”. Should a member in your party need wheelchair access, the instructions from Disneyland’s website are as follows: Enter using the exit across from the Alice in Wonderland attraction and contact a Cast Member for boarding instructions. An accessible vehicle and transfer device are available. 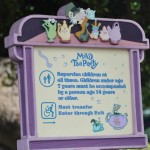 As previously stated, we love this ride, and it is perfect for families with small children (Or anyone else that doesn’t have motion sickness).The line moves fairly quickly, and being in Fantasyland, it is located near several other great attractions, including the Alice in Wonderland ride. Yup… if you didn’t get enough of a Wonderland experience at Disneyland, you can also swing by the Alice in Wonderland ride and climb into a giant colored caterpillar for even more adventures with Alice and her friends. 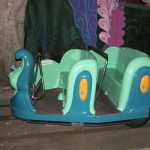 And now, here are some fun facts about the teacup ride, compliments of Wikipedia. 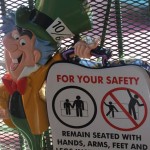 How does the ride work? “There are three small turntables, which rotate clockwise, each holding six teacups, within one large turntable, rotating counter-clockwise.

Theming: The Dormouse can be seen popping his head out of a large teapot in the middle of the large turntable. This occurs only at Magic Kingdom and Tokyo Disneyland as the other parks do not feature a central teapot; although Hong Kong Disneyland and the March Hare Refreshments at Disneyland Paris feature their own teapots apart from the ride.