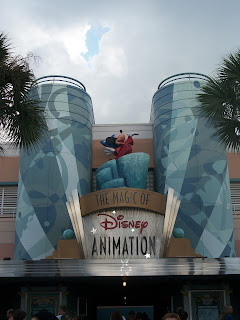 Tucked away in one corner of Hollywood Studios is the Magic of Disney Animation. I feel like it doesn’t get as much attention as it deserves. It is fun! One of the most exciting things the Magic of Disney Animation has to offer is all of the character greetings that you can go to. There are three different spots to meet characters, and because it’s kinda tucked away the lines are not too bad. 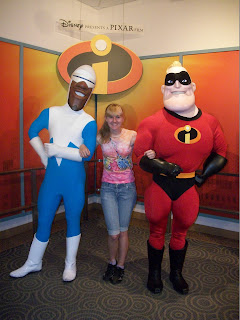 The first place you see right when you walk in is the Incredibles meet and greet. At one point you could meet the whole Incredibles family, but now the only two to come out are Mr. Incredible and Frozone. This line is probably the shortest and I think it’s because the younger generation of kids don’t know who they are as much as some of the older kids. Both characters are very interactive with guests and try to make each meeting very personal. It definitely didn’t seem like they were just trying to take a picture and move you along. They seemed very good with young children who were afraid of these tall men who are towering over them. When I met them, Mr. Incredible kept pulling me away from Frozone, and I reminded him that I wasn’t Elastigirl and he got all sad. Then I cheered him up by saying she was probably at home waiting for him. 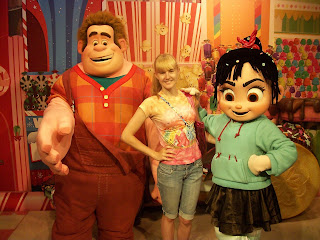 Just down the stairs is the Wreck-it-Ralph meet and greet area with Ralph and Vanellope. The queue is really awesome here with interactive games and the feeling that you are actually in the movie. These characters don’t sign autographs, so a character attendant comes through and passes out pre-autographed cards to all the kids who wanted them. Once you get to the front the characters are really fun to meet, though they aren’t as interactive as the Incredibles characters. Vanellope is more playful than Ralph, but I think her personality allows for that more. I think the background for this is the most fun, it’s colorful and reminiscent of the Sugar Rush video game. 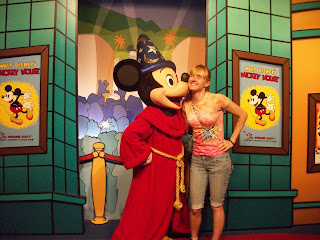 The last and most popular meet and greet area is the Hollywood meet and greet with Sorcerer Mickey. This is the longest line, but it moves pretty quickly. Sorcerer Mickey is great at interacting with all the guests in a family and not using the same pose over and over again. I appreciated that he waved at the kids in line who would call his name, but he would make it clear it wasn’t their turn yet. His attention was on the family he was with and didn’t make people feel rushed. The back drop makes him look like a movie star (which of course he is!) and it’s fun to look at all the different pictures and details that they put into designing the area.

Once you are done meeting all the characters, don’t forget to check out the rest of the stuff the Magic of Disney Animation has to offer!