The Marvel-ous Carol Danvers- A Review of Captain Marvel 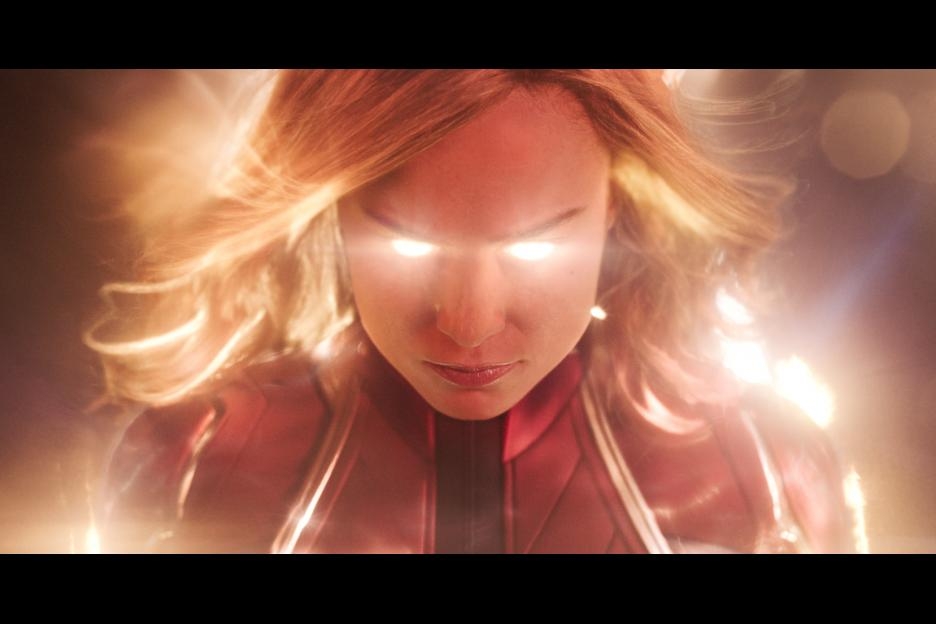 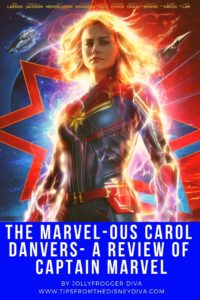 **Spoiler Alert, This review contains spoilers for both Captain Marvel and Avengers: Infinity War. If you haven’t seen them, you may want to use caution reading this review***

I’ll admit that I was a late convert to the comic book turned movie scene. I remember my husband and his friend going to see Iron Man in the theater while I chose to see another movie around the same time because I didn’t think I would care to see Iron Man. When it was announced that Sir Anthony Hopkins was playing Odin in the Thor movies, I decided to give them a chance since he’s one of my favorite actors of all time and I try to see most things he’s in. With that one decision, I was sucked into the Marvel universe and have now seen almost all of the Marvel movies several times over and anxiously await the release of each new one.

When we last left our brave heroes at the end of Avengers: Infinity Wars, Thanos had snapped his fingers and we watched in horror as several of our beloved Avengers ceased to exist. I don’t know about you, but I still can’t watch the last few minutes of that movie with dry eyes. In one of the last scenes of the movie, Nick Fury is in the process of turning to dust when he pulls out a pager and pushes a button. As he floats away on the breeze, the pager hits the ground and you can see “sending” appear on the screen before Captain Marvel’s logo appears and the movie ends. Having never been a reader of the Marvel comics, I was intrigued to find out more about this super hero who wasn’t a part of the Avengers before now, who was so important that Nick Fury spent his last few seconds of existence summoning them. Little did I know I was about to be introduced to someone who would become one of my favorite superheros across any comic book universe.

Captain Marvel is a back story not only for Carol Danvers, but also for Nick Fury and Phil Coulson to some degree. It takes place in the late 90s, back when Blockbuster was a popular movie chain and Radio Shack is where you went for all your tech needs. Nick Fury is working as a field agent for S.H.I.E.L.D and Phil Coulson is his rookie partner. The special effects used to de-age both Samuel L Jackson and Clark Gregg are amazing- it’s an incredible touch that really helps the movie feel like takes place in 1995. 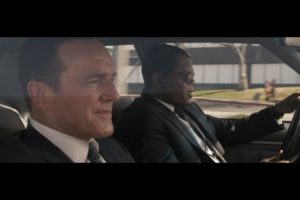 There are so many loveable characters in this movie, it’s hard to pick my favorite. There’s Captain Marvel herself, played by Brie Larson. I love how her character is portrayed- she’s a strong woman with a desire for the truth, but she isn’t able to fully suppress her emotions like the Kree want her to, and she actually ends up using those emotions to help channel her power. I think her portrayal of Captain Marvel is just the kind of role-model I want for my girls, and I hope they’ll love the movie as much as I do. 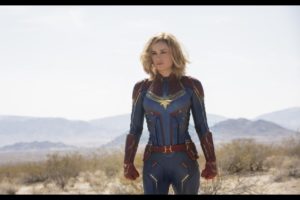 In addition to Captain Marvel, there’s her best friend Maria Rambeau, played by Lashana Lynch, and Maria’s daughter Monica, played by Akira Akbar. They are the family that Carol Danvers always wanted, and even after 6 years of being told she was dead, believed in Carol and supported her upon her return. Both of these characters embody strong women, which I love about this film, and they also provide some comic relief. 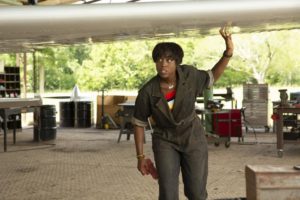 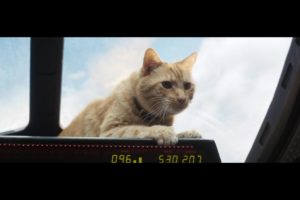 In the end, I think it’s the amazing combination of action and humor that make the movie so successful. We get to see how some of our favorite characters from the Marvel universe got their start, and we also get to meet the one super hero who Nick Fury believes might just have the power to stop Thanos. You also come out with your sides hurting from laughter, which is one of my favorite things about the Marvel movies. After seeing Captain Marvel, I cannot wait for Avengers: End Game to see how she plans to help set things right again. Captain Marvel has certainly become one of my favorite superheros and I will definitely be watching this movie many more times in the future. 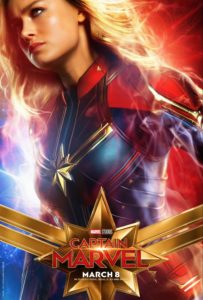