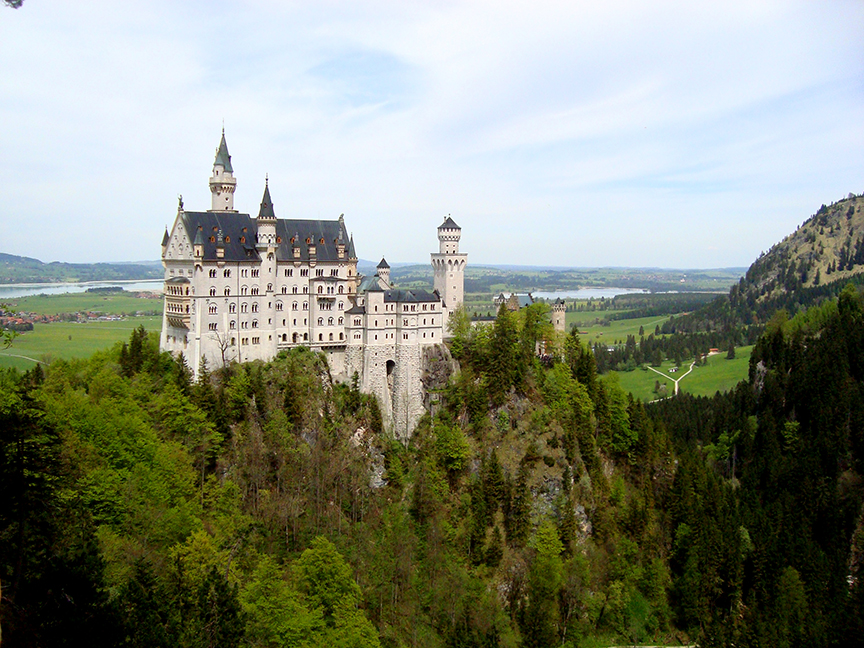 When Walt Disney first set out to create his world of “yesterday, tomorrow and fantasy,” he and his Imagineers first needed to look at the real world around them for proper inspiration. As the plans for the “Mickey Mouse Park” grew and evolved, it was decided a castle would be the centerpiece to Fantasyland, and the true icon of the park. And though the castle (and later, castles), would be home to a fairytale princess, their inspiration would come from real-life castles from around the world. 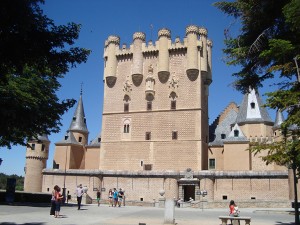 Several years ago, my wife and I were visiting Spain. While in Madrid, we decided to take a day trip outside the city. There were several options, but one stood out; the small town of Segovia, home to an intricate system of Roman aqueducts and a real-life castle.  We knew next to nothing about the town, but it sounded promising. After an informational tour through the picturesque town, we arrived at a castle, Alcazar,  that seemed very familiar to both of us. Our suspicions were confirmed once the tour began; the structure of the castle was a heavy inspiration for Sleeping Beauty Castle in Disneyland. 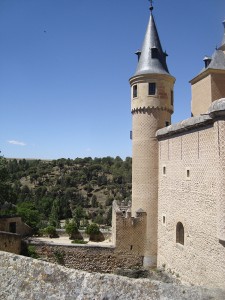 It is easy to see the similarities between the two. Both castles are short and wide. Even the coloration, while not pink, is still reminiscent of its more fantastical counterpart. One thing to note is that the design of Sleeping Beauty castle is actually backwards from Alcazar, as Walt preferred this view. In addition to Alcazar, the castle also is heavily influenced by Neuscheanstein Castle in Germany, but as you’ll see, the majority of that inspiration would be utilized at Disney’s next park.

If you ever find yourself in Madrid, I highly recommend the day trip to Segovia. The town is fascinating and beautiful, and only a short bus ride from the city. 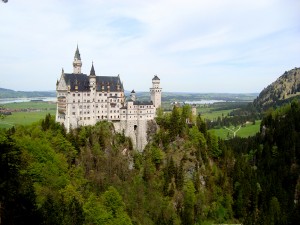 Last month, my family traveled to Munich Germany, and one of the day trips that was heavily recommended to us was to visit Neuscheanstein Castle. This castle is actually advertised as the inspiration for Cinderella Castle in Disney World, and there is no mistaking that fact. To reach the castle, you must take a 2 hour train ride outside the city, a bus to the small town of Fussen, and another bus up the steep cliffs below the structure. Built by “Mad” King Ludwig between the years of 1868 and 1886, Neuscheanstein Castle is truly a fairytale come to life. Its extravagant spires rise up from the Alps, cutting through the clouds, depicting a view only found in storybooks. Inside the castle is fairly magical as well, as King Ludwig had several rooms painted with scenes from his favorite operas, and even build a faux cave in one entryway. In fact, some of the insides struck me as something similar to Disney attraction theming. 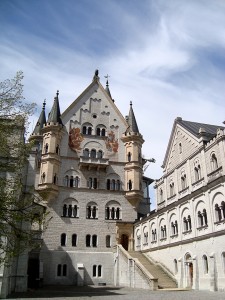 I also highly recommend a day trip to Neuscheanstein Castle. Being in a real-life castle is pretty amazing  and the views high up in the mountains are like nothing else. The castle is a very popular attraction, with timed entry tickets. Try to get to the castle as early as possible to ensure you even get in to see the castle (tickets go fast), and allow an hour or so to explore the grounds.

So if you’re fan of the artistic details that go into Disney parks, try seeking out these real world places that inspired them, and your appreciation for both will only grow.