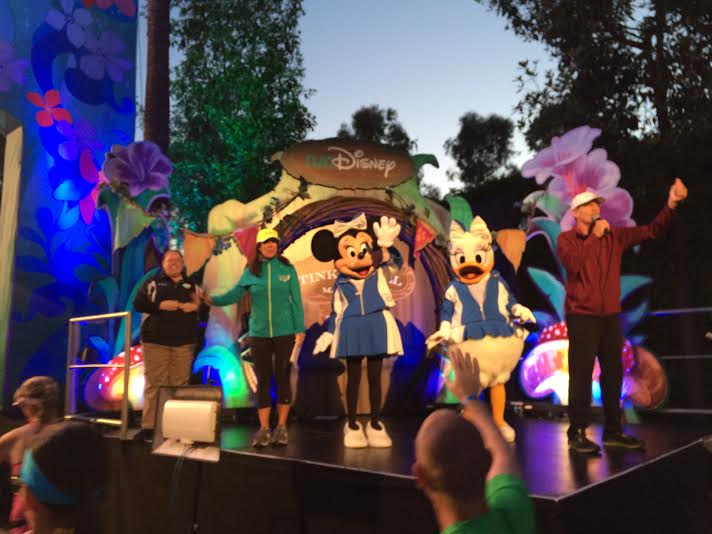 Last weekend, I was very lucky to run the inaugural Pixie Dust Challenge at Disneyland! This challenge was the first of it’s kind for the Tinkerbell Half Marathon weekend. To get the special challenge medal, you had to run the 10K on Saturday and the half marathon on Sunday. Two magical mornings back to back before the sun has even come up! Between you and I, I’m pretty bummed out that I didn’t think to register for the 5k. I saw a video that it started at the castle and even Tinkerbell herself flew over the castle to start the race! Oh man! Next time!

We pretty much followed the tips I had laid out in a previous article starting off with leaving Sacramento at 4am. Boy oh boy, were we ready to go to bed by 8pm the night of the race! We arrived in Anaheim around noon and checked in to the Candy Cane Inn which is walking distance to Disneyland. From there we stopped over to the RunDisney Expo, which was at the Disneyland Hotel to get my bib and race packet. I usually take a while to wander in and out of the booths and hear some of the speakers, but this time we were so excited to get over to the parks that we had time to buy a sweaty band (the BEST running head bands!) and go over to Disneyland for a little bit before bed time.

Here’s a peek at what I got with my race packet: 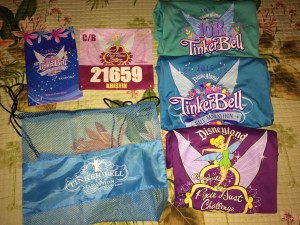 The 10K started Saturday morning at 5:30am. If it wasn’t so dark outside, you would think it was day time in Downtown Disney. It almost has that New York City energy – magic never sleeps! My friend, Erin, and I dressed up as Minnie Mouse. Disney Diva Tip: A great place to meet before the race is the Starbucks right in the middle of Downtown Disney There’s a bathroom in case if you need it, it’s easy to find, and if you need a coffee right before you run you have it covered. 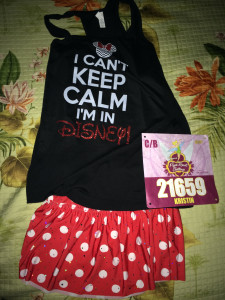 Mile 1 is around Ball Road outside of Disneyland and actually includes quite a large hill, so be prepared. Once you’ve crossed the Mile 1 marker, you’re headed into the main gates and almost to Main Street. We got this super cute picture of us on the Fire Department car! Beep Beep! 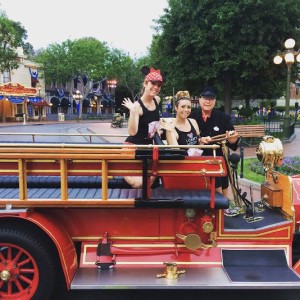 We also got to meet some friends along the way to the castle! Chip and Dale were there to wish us good luck! 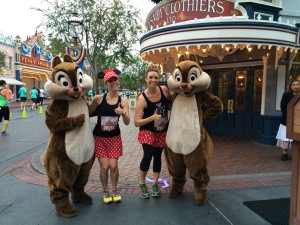 Main Street took us through Tomorrowland next and around the castle. 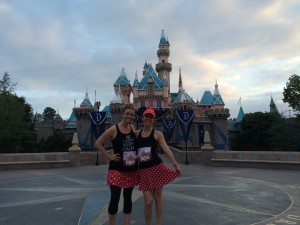 We then had another water stop, and a quick run through the back stage area took us into California Adventure. I just love running through Cars Land as the sun comes up! The neon lights are so beautiful as the morning sun hits the top of the Radiator Springs mountains. Around mile 4, we ended up at Paradise Pier and I was getting a little sad the race was almost over! 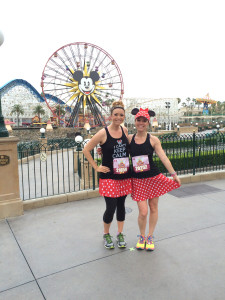 We finished the 10K in a little over a hour. Longer than our usual 10K time, but it was SO worth it. If you have the time available, take as many pictures as you can during the 10k. The whole course in between the two parks so it’s very enjoyable. You end the race in the parking lot by Paradise Pier. All friends and family can easily come in to watch you finish and cheer you on! 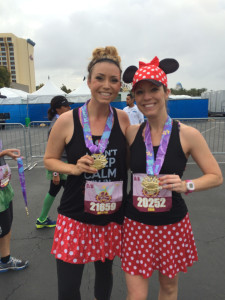 And just like that we are on to day two! Saturday after the race we had a Mother’s Day (early) brunch at Storyteller’s Cafe. You must try the caramel french toast! It was the perfect day to sit and relax and rest my feet for the next day. 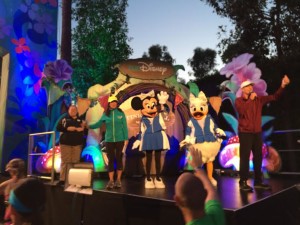 Tinkerbell has the best half marathon course out of the races I’ve run at Disneyland. In my opinion, it utilizes the best amount of space it has for the runners. In fact, we don’t leave the parks until mile 6 and by that time, you can’t believe you’re halfway done with the half marathon! 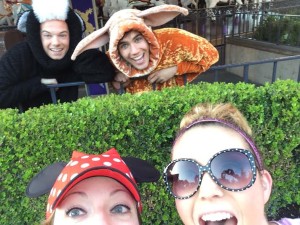 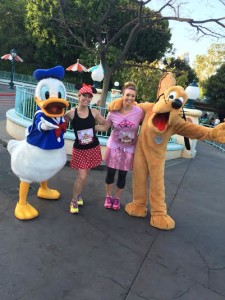 The most impressive thing about RunDisney races besides the wonderful views, is the amount of volunteers and water stations. Usually for a long run I need to bring my water belt that has two water bottles attached to it but honestly, you don’t even need to worry about it when you’re running Disney. About every two miles you are offered water and Powerade by the most joyful volunteers you could ever imagine! In fact, while I was dressed up as Sleeping Beauty for the half marathon, a volunteer proposed to me with water! He got down on one knee and even said “For you, Princess!” it was the cutest thing! 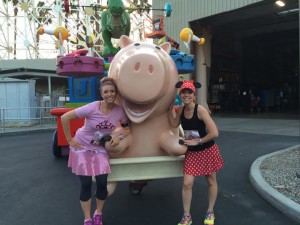 By Mile 9, volunteers had giant boxes of Clif energy gel to pass out to everyone. They had citrus, raspberry, mocha and vanilla flavors and offered more than one if you needed it. Mile 10 came and went as the sun came out and we made our way back to Disneyland. I didn’t know which sight I liked better: the Mile 12 marker or the top of the Matterhorn! My husband was able to come with my baby in the stroller and see me at the finish line as I received my half medal and my Pixie Dust Challenge medal. I love how accessible the finish line is to family and friends. The whole day I saw so many people wearing their medals in the parks where they received “Congratulations” from everyone. Good job to all of the other runners out there and to those who want to start, I HIGHLY recommend Disney for your first race. It is very first timer friendly! Happy running! 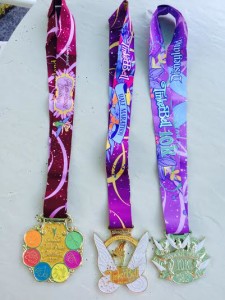