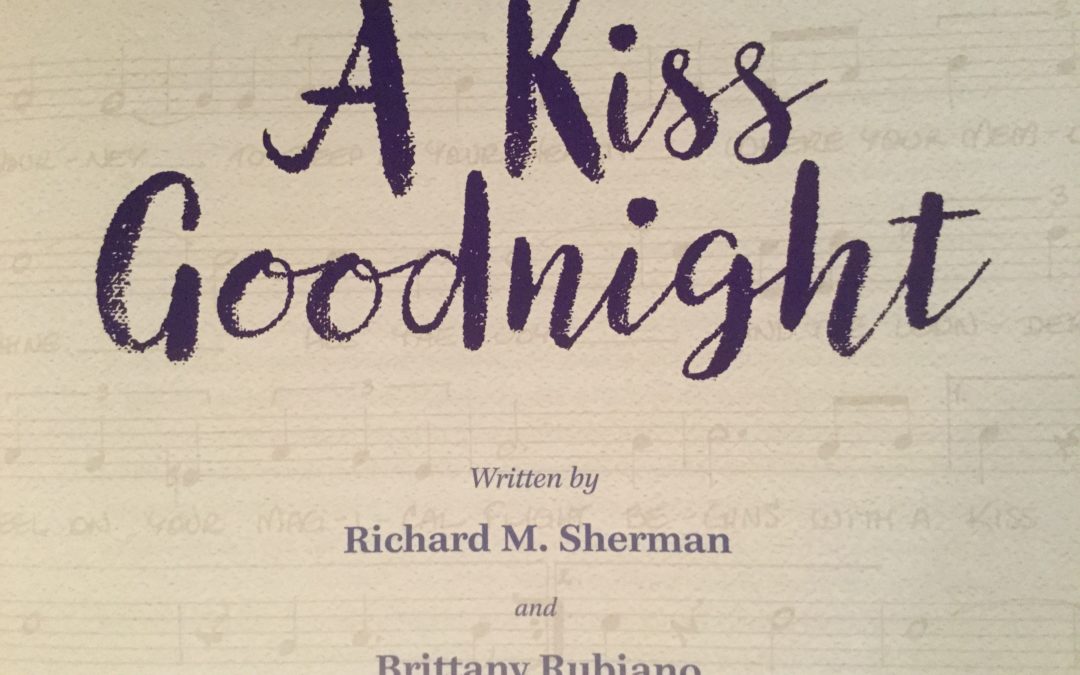 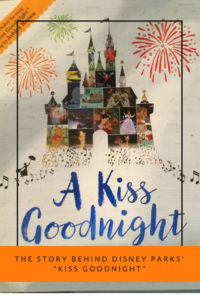 Maybe you’ve heard the expression “rope drop til kiss goodnight.” It refers to spending an entire day in a Disney Park.  “Rope drop” is a term many guests use to describe the opening of a park – when the imaginary “rope” drops and allows guests into the park. (Although, at particularly crowded times, cast members have been known to use real ropes to help safely control the crowd!) You may not be as familiar with “kiss goodnight.”  It refers to a special moment every night at both Cinderella Castle and Sleeping Beauty Castle– but it’s not listed on the Times Guide.  It is essentially a final farewell about 30 minutes after park closing.  Orange Bird Devo tells you more, here.

You may wonder how this farewell came to be called the “kiss goodnight.” A new book by Richard Sherman and Floyd Norman offers some insight into this special nighttime ritual.  Most guests can agree that one of the most magical aspects of a Disney Parks vacation is the spectacular fireworks shows.  Whether you are a fan of “Happily Ever After,” “ Illuminations: Reflections of Earth,”  or “Star Wars: A Galactic Spectacular”  at Walt Disney World Resort; ”Remember…Dreams Come True”  at Disneyland Park; or one of the incredible holiday shows such as “Happy HalloWishes” or “Believe…In Holiday Magic” it’s undisputed that capping off your day at a Disney Park is made more magical by these phenomenal shows.  That is precisely what Walt envisioned when he built Disneyland – and what he called the “kiss goodnight.” 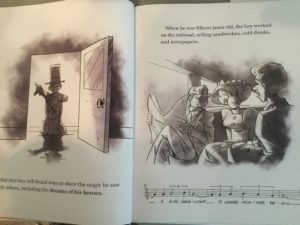 When Disneyland celebrated its 60th Anniversary in 2015, Richard Sherman wrote a song to honor Walt’s vision.  It was recorded by Broadway star Ashley Brown and played every night after “Disneyland Forever,” the fireworks show created especially for the Diamond Celebration.  It was an extremely popular show, and the song captured so many emotions of Disney fans everywhere.

Now you can enjoy this lovely story at home! Disney Legends Richard Sherman and Floyd Norman have teamed up to publish a book that commemorates Walt’s dream of sending everyone home with this extra bit of magic.

A Kiss Goodnight is an illustrated, simple biography of Walt Disney.  The story begins with images of young Walt growing up in Marceline, Missouri.  He would look forward to the annual Fourth of July fireworks show because he saw them as the perfect kiss goodnight. 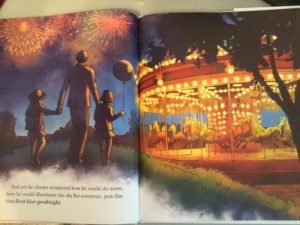 It follows his life through his years in Kansas City, as an ambulance driver during World War I, as a young filmmaker, and his success as a businessman.  All his life, despite setbacks and failures, Walt was inspired to tell stories and keep dreaming. And when he was designing Disneyland, he wanted to give his guests a special final gift to end their day – a way to thank them for coming to visit and sharing the magic.  He wanted to share with them a “kiss goodnight.”

The book is beautifully illustrated with both black and white and color images, and has snippets of the music and lyrics on selected pages. Both Richard Sherman and Floyd Norman wrote enchanting forwards for the book.  They provide an extraordinary personal touch – and a glimpse into what it was like to help Walt Disney bring his visions to life for millions of people. 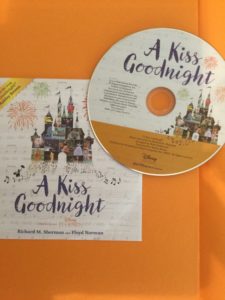 In the spirit of always adding a little extra magic, A Kiss Goodnight comes with a CD of Ashley Brown’s dazzling recording of the song. I popped it in as I was reading the book, and was once again transported to that wonderful night I saw “Disneyland Forever” and heard the song for the first time.  Major goosebumps.  I will certainly love having this recording and listening to it again and again.

I would definitely recommend adding this magnificent book to your Disney library. It would make a perfect gift for a Disney fan of any age. At 48 pages, it is simple to read, and while I wouldn’t classify it as a children’s book, it would be an excellent choice as an inspirational book for your favorite little prince or princess. You can order it from Amazon here.

So the next time you are visiting a Disney Park and watch the fireworks, remember that young boy in Marceline who dreamed of telling stories and saw magic all around him. And as you watch those pyrotechnics, don’t forget he is sending you on a journey of your own imagination with a kiss goodnight.