The Wonderful World of Hidden Mickey’s: Where to Look and How to Find Them! 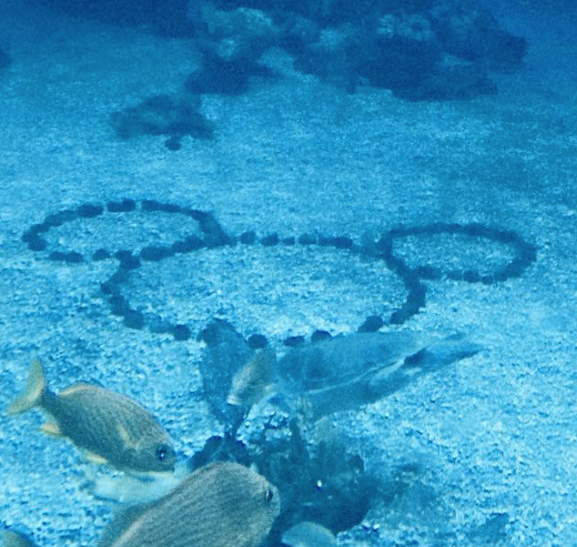 What is a Hidden Mickey? Hidden Mickeys are a partial or complete image of Mickey Mouse that has been purposefully hidden by Disney’s Imagineers or artists in a Disney attraction, hotel, restaurant or other area. The Mickey images are meant to blend in to their surroundings and be hunted by sharp-eyed visitors. Hidden Mickeys can come in all shapes and sizes. Most often you will find the outline of Mickey’s head– three intersecting circles. But you will also see side profiles of his head or entire body or his gloves, handprints, shoes or ears! You may also find other Disney favorites in “hidden” form, such as Donald Duck and Goofy!

When I plan my trips to Disney World, I will often consider planning to find a few new Hidden Mickeys on my trip. To find new ones for each trip I often refer to Steven M. Barrett, the author of the Hidden Mickey Field Guide and owner of the hiddenmickeysguide.com website! He has spent his life searching for Hidden Mickeys in and around the parks and telling the world about what he has found via his books and website. His covers most of the Disney locations including Disneyland and the cruise lines as well! His books also have fun scavenger hunts complete with point values to really get your competitive fairy dust flowing!

Below are my Top 12 Hidden Mickeys (because 10 was not enough!). These are all ones I have personally found in and around the parks. Happy hunting!

The best tip I can give for finding Hidden Mickeys that are the classic three circle Mickey head is to keep an eye out for any round objects. They can be hidden almost anywhere you look. Also, don’t forget to ask Cast Members if they know of any fun Hidden Mickey’s in their area! Most of the time they know of at least one!

Be sure and comment with your favorite Hidden Mickey locations to share with our other readers! Maybe you have found one that few other visitors have seen!