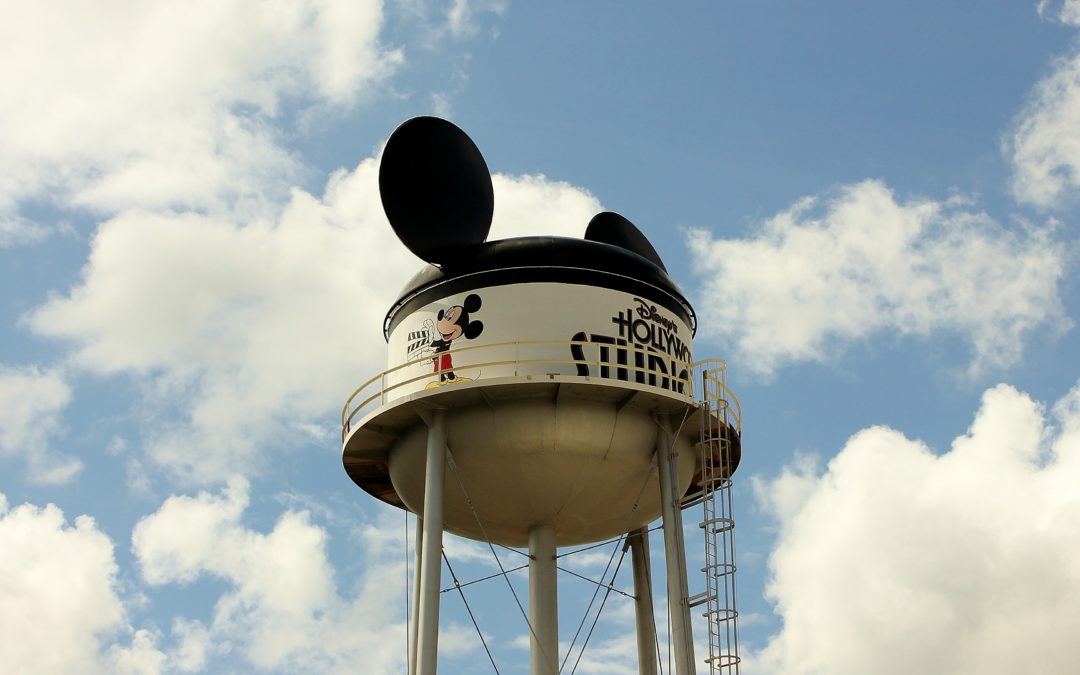 I love the fact that Walt Disney World is always growing and expanding, constantly creating more magic for families.  If you want to keep something fresh and alive for the masses, you have to be willing to continuously update.  There is a downside to the constant change though, and that would be the loss of beloved attractions, icons, or even characters and cast members.  I was scrolling through some pictures of trips from my past the other day and started feeling very nostalgic as I came to some things that can no longer be seen at Walt Disney World.  I will go ahead and admit right now, my first trip to Walt Disney World wasn’t until I was an adult with two children, in 2009.  That means I never had the pleasure of riding Mr. Toad’s Wild Ride, or the sky buckets over Magic Kingdom.  Sadly, that means I cannot add them onto my list of things I miss, as I never even had the opportunity to experience them. 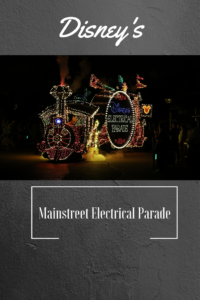 I’ll start with one of our most recent losses, The Main Street Electrical Parade.  While I’m thankful that this delightful, sparkly parade can still be seen at Disneyland, my Walt Disney World heart grieves the loss to our favorite Disney park.  Even as I type this, I can hear the music jingling in my head.  Hey, all you Disneylanders, try not to rub it in too much, okay, us Walt Disney Worlders are still wounded and raw over the loss of this one. 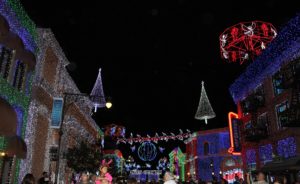 I know I’m not alone when I say we miss The Osborne Family Spectacle of Dancing Lights in Hollywood Studios.  There was literally nothing like the feeling of standing there, watching the Christmas lights dance in tune to the music being played.  It was mesmerizing and quite beautiful.  Topping off the view of beautiful Christmas lights, throw a little snow into the mix to make it feel even more Christmas-y.  Snow in central Florida!  Ah, that Disney magic. Luckily, if you are going through withdrawals, Disney Magic Diva offers you some tips here. 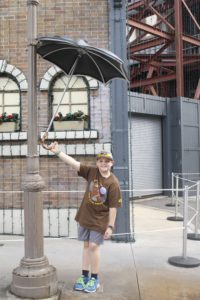 Yes, with the construction of Star Wars Land and Toy Story Land at Hollywood Studios, you will see a lot of “I miss this…” from Hollywood Studios in this article.  The umbrella from Singin’ In The Rain.  What a cute little photo op that we made sure not to miss on every trip.  Alas, there will be no more photo’s of us singin’ and dancing in the rain at Hollywood Studios. 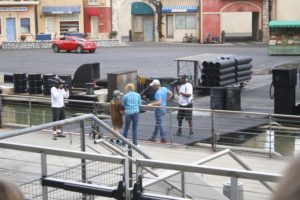 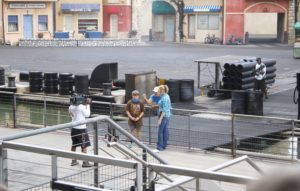 Okay, I kind of had a love/hate relationship with this one.  Lights, Motor’s Action: Extreme Stunt Show! was a really cool show.  As a matter of fact, I wrote a different article about it in the past, which you can read about here.  Where does the hate part come from?  Well, I can’t lie, this was a HOT stadium to sit in.  You would sit in direct sunlight, in steamy, melting Florida heat, in the bulk of the stadium.  Few areas were blessed with shade.  The show, however, was stellar.  It was also my youngest son’s favorite show to see, he was even chosen as honorary stunt driver the last time we were able to go to the show before it closed down.  He will probably miss it more than the rest of us. 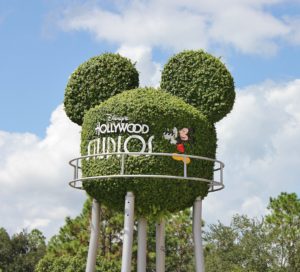 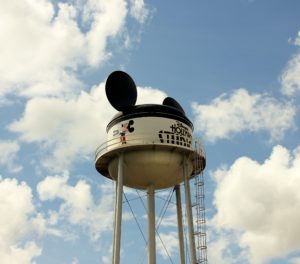 The Backlot Tour.  This was one of the first to hit the chopping block in anticipation of new construction at Hollywood Studios.  This one was fun because you got to see many of the props used from previous Disney films and shows, such as Herbie the Love Bug as well as other items.  You also got to see the Disney Hollywood Studios water tower up close.  It’s all gone now, sadly. 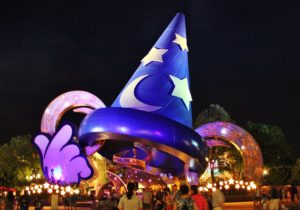 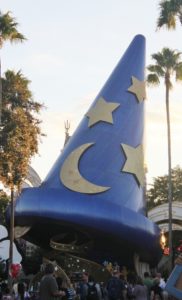 Wrapping up my Hollywood Studios list, I present you with Mickey’s Sorcerer’s Hat.  I know there were people who did NOT like the hat icon at Hollywood Studios, but as it was there the first time I ever went, it seemed natural for me.  I miss it.  I’m happy for you if you don’t miss it at all, but I do.  And hey, it was also a nice spot to stop if one of those famous midday rain storms hit. 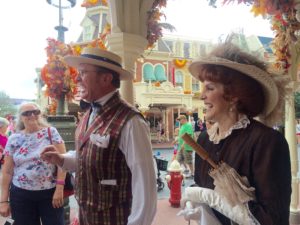 How about characters who no longer meet and greet, or cast members who were long time staples at the park, but can no longer be found.  How about some of the Main Street Citizens, like none other than Scoop Sanderson.  He was so lively and full of energy, and just a fun cast member to interact with.  Do you remember the petition going around, asking Walt Disney World to keep Scoop?  Unfortunately, in the end, it did no good, Scoop is gone.  You are missed by many Scoop!

There are other things I miss that I could list, such as Snow White’s Scary Adventure, Mickey’s Toontown, or Push!  Remember Push?  He had a big following, he is greatly missed!  All in all, I’m a fan of growth and expansion, but I know it comes at a price.  How about you, is there anything from your favorite Disney Parks that you miss that I haven’t listed?  I would love to hear about it, feel free to comment with your personal “I miss…” list.