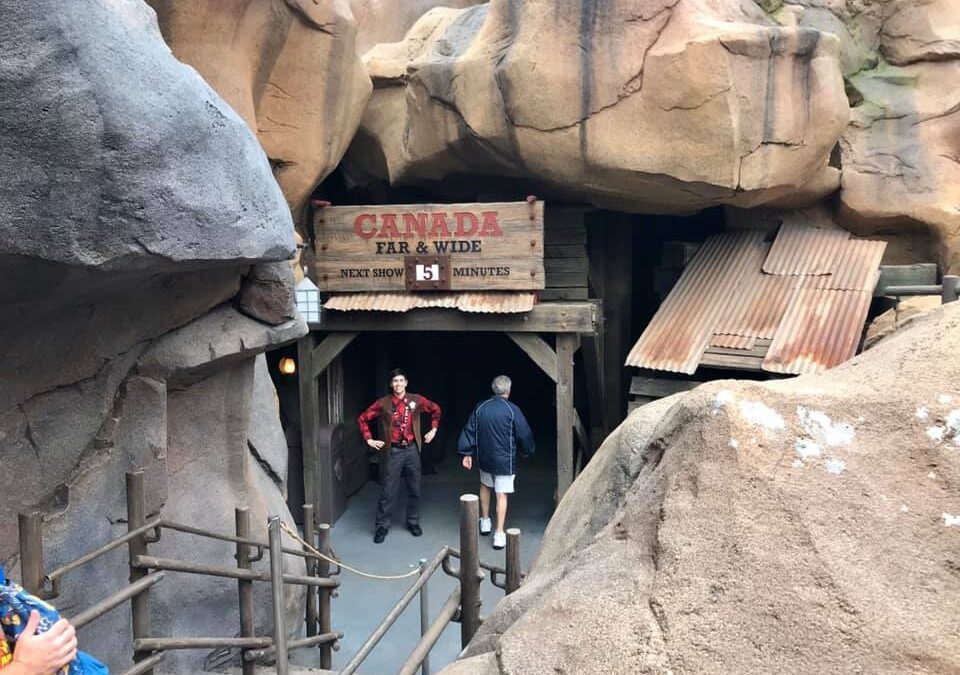 If you’ve been to Epcot lately, you might have noticed that it’s very much a work in progress. More than half of Future World is torn up, and while the World Showcase is looking a bit better, there are massive construction projects underway in France and the American Pavilion. Construction will soon begin on the Mary Poppins attraction in the United Kingdom Pavilion. While several attractions have been closed or are about to be refurbished, there are three NEW additions to Epcot just since January. 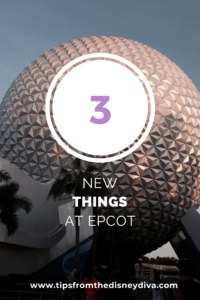 Beauty and the Beast Sing-Along

The France Pavilion’s Palais du Cinema debuted a new film on opening day of the Festival of the Arts: Beauty and the Beast Sing-Along. Directed and produced by Don Hahn, who produced both the animated and liive Beauty and the Beast films, this is a comic retelling of the story from a different (and unexpected) point of view.

The film is narrated by Angela Lansbury, who played Mrs. Potts in the original animated movie. While it does not include live action interaction like the Frozen Sing-Along in Hollywood Studios, it is very entertaining and most of the audience, adults and kids alike, were actually singing along. 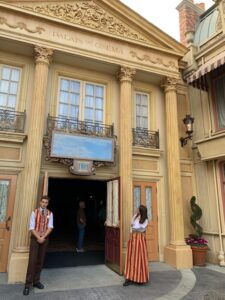 Tip: To learn more about future plans for Epcot, visit the Epcot Experience, located in the Odyssey Events building

The Beauty and the Beast film will be shown in rotation with Impressions de France, the movie that has been showing since the pavilion opened in 1982. The original movie has undergone a transformation to 4k.

Canada Far and Wide in Circle-Vision 360 in the Canada pavilion is an update to the previous “O Canada!” film, which I must admit I hadn’t seen in many years.

The updated movie has new scenes and a new musical score by Canadian composer Andrew Lockington. The new, and funny, narration is provided by award-winning Canadian actors Catherine O’Hara and Eugene Levy. 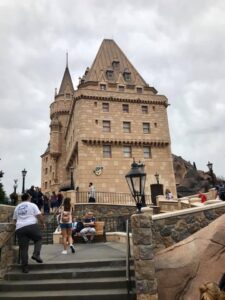 The Canada Pavilion has a new movie: Canada Far and Wide.
*Photo courtesy of Soarin’ Diva

The Land Pavilion finally has a new movie in the theater that once showed the Circle of Life.

Tip: All three movies are great ideas for hot, crowded park days as they are all indoor, have large capacities, and are rarely (if ever) crowded 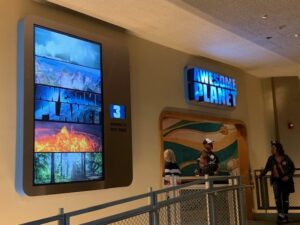 The movie plays off narrator Ty Burrell’s Modern Family role as a real estate agent. It’s as if he’s pitching a property (the Earth) to would-be buyers (the audience). While it’s an amusing take on things, it does downplay the role that humans have in the environment and doesn’t really bring up solutions beyond directing the audience to go to the Disney conservation website.

Do you want to experience all the new attractions that are opening at Disney Parks? For FREE, expert help planning your Disney vacation contact Trish at All For Dreams Travel today to request a quote!